NBA insider: “Davis is extremely unlikely to return before March 10” 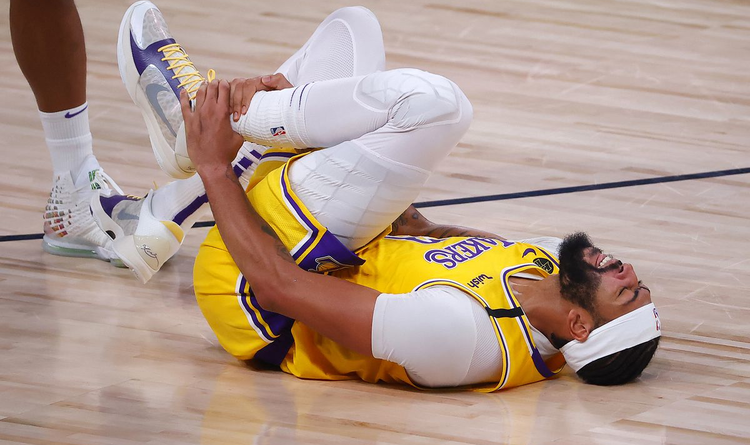 According to NBA insider Adrian Wojnarowski, Anthony Davis may need at least 2-3 weeks to deal with a calf strain and a re-aggravation of the right Achilles tendonosis. The Los Angeles Lakers’ superstar player may not be able to join the 2021 NBA All-Star Game on March 7.

Davis needs to be careful to avoid serious traumas

The 2021 NBA Finals are getting closer and closer, and that is why top players need to play as hard as possible to lead their franchises to the NBA Playoffs this year. The Lakers’ superstar duo of LeBron James and Anthony Davis was expected to help the team defend the title, but LeBron will have to play without Anthony’s support on the floor.

NBA expert and insider Adrian Wojnarowski reported on his Twitter that Anthony Davis is expected to miss at least 2-3 weeks:

“Anthony Davis’ MRI revealed a calf strain and a re-aggravation of the right Achilles tendonosis, source said. Once Davis returns to Los Angeles, he’ll immediately get another evaluation there. It is extremely unlikely Davis returns to the lineup prior to ASG break ending March 10.”

As the NBA is planning to hold the 2021 NBA All-Star Game on March 7, Anthony Davis may not be able to join it. The superstar needs to deal with his injuries and be really careful to avoid getting more serious traumas.