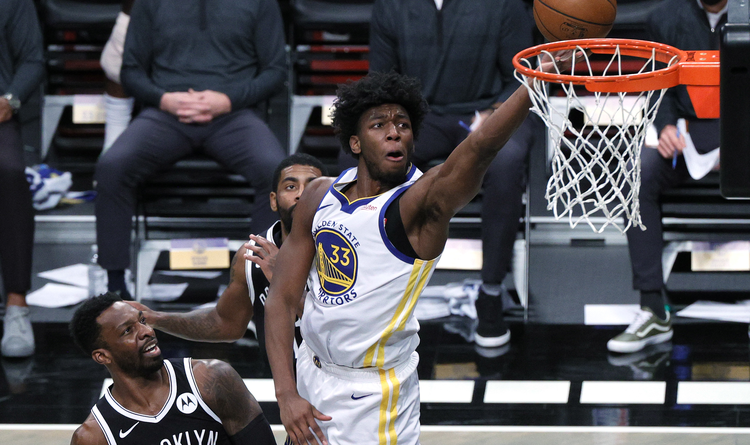 James Wiseman, who is currently dealing with his sprained wrist, is considered to be one of the best young NBA prospects. Even though Wiseman doesn’t have a lot of experience, Andrew Wiggins believes that the rookie can become a powerful superstar in just a couple of years.

James Wiseman is becoming more experienced and professional. The rookie was selected by the Golden State Warriors with their No.2 Pick and is believed to be one of the best young prospects in the League. Despite the fact that Wiseman is currently just a bench player, he has a lot of opportunities to learn.

Andrew Wiggins of the Golden State Warriors thinks that his young teammate is full of potential. According to Wiggins’ latest media appearance, the star player is sure that Wiseman is going to be a truly unique NBA player:

“What he’s doing right now is great. The way he’s picking stuff up, the way he’s learning. Every game you see him getting better and better. When he figures everything out, he’s going to be scary. He doesn’t even know how good he’s going to be.”

James Wiseman is a very talented 7-footer, and talented big players usually lead their teams to the NBA Finals. The rookie, who wasn’t a very active player in college, just needs to have more practice and learn how to play shoulder to shoulder with the League’s veterans. Kendrick Perkins and some other experts think that James Wiseman’s athleticism and great shooting skills can make him an All-Star in the next three years. Since Wiseman is averaging 12.2 points and his highest result is 25 points, the young prospect is definitely full of potential and just needs to play more to become a real star.