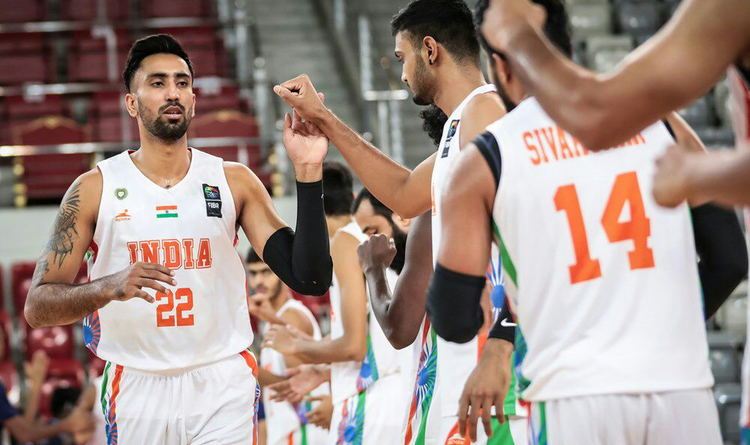 The Indian basketball team has one last chance to join the FIBA Asia Cup 2021. Amjyot Singh Gill, Amaan Sandhu, and their teammates need to defeat Iraq on February 20 or Lebanon on February 22 to qualify for the prestigious tournament.

Amaan Sandhu and other young athletes may help India win

The FIBA Asia Cup is a popular international basketball competition and also a wonderful opportunity for India and other Asian countries to qualify for the Olympic basketball tournament and the FIBA Basketball World Cup. National teams need to finish first or second in their groups (4 countries in one group) to join the Cup. Even though the Indian basketball team wasn’t very lucky during the FIBA Asia Cup 2021 Qualifiers’ first two Windows, India still has a chance to join the tournament. There is a special competition for the third-place teams. That is why India needs to defeat either Iraq on February 20 or Lebanon on February 22 to take third place and qualify for this competition.

The Basketball Federation of India released the details on Twitter:

Amjyot Singh Gill is one of the most popular and famous active basketball players from India. He was the first Indian male athlete to sign a professional contract abroad. He also managed to become the second Indian player to join the NBA G-League. Playing for the OKC Blue and the Wisconsin Herd was one of the most important steps in Singh’s professional career.  Amjyot Singh Gill is believed to be one of the best Indian basketball players, and fans expect him to play better than ever to help the Indian basketball team qualify for the FIBA Asia Cup 2021.

There are also young and talented athletes who are expected to support Amjyot Singh and other experienced players on the floor. Amaan Sandhu is an 18-year-old NBA Academy India graduate. The young athlete managed to become the third NBA Academy student from India to receive a high school scholarship abroad. Since Sandhu is now playing and studying in the USA, he is believed to be full of professional potential. Amaan Sandhu and other young athletes can use their skills and energy to lead the team to victory, and that is why the Indian basketball team may have a chance to join the Cup in 2021.

Defeating Iraq on February 20 or Lebanon on February 22 is India’s last chance to join the prestigious tournament. Since Lebanon is believed to be the strongest team in Group D, India needs to beat Iraq to join the FIBA Asia Cup 2021.