2021 NBA MVP Voting: Doncic is not even close to the title 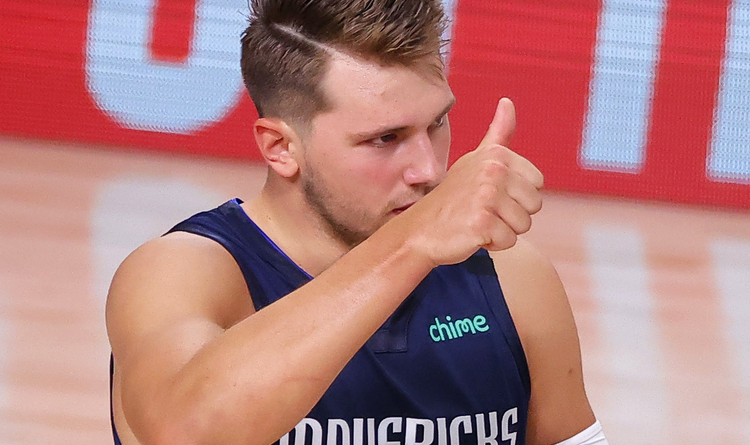 August 23, 2020: Luka Doncic(77) of the Dallas Mavericks congratulates his teammates after a successful shot against the LA Clippers at AdventHealth Arena(ESPN Wide World Of Sports Complex)

Luka Doncic, who was expected to become the 2021 NBA MVP, is not the best candidate anymore. 100 media members are sure that LeBron James, Joel Embiid, and Nikola Jokic are most likely to win the award in 2021.

Doncic believes that he is not ready to become an MVP

Since the 2020-21 NBA season is expected to be quite chaotic because of the coronavirus pandemic, it is not really easy to make any predictions.

Luka Doncic, LeBron James, and Giannis Antetokounmpo were considered top candidates for the 2021 MVP(Most Valuable Player) title. And many NBA experts tried to prove that LeBron and Giannis will not receive the award in 2021. James was believed to have no interest in fighting for the title, and it was difficult to imagine that Antetokounmpo could win the third MVP in a row. That is why Luka Doncic was considered the best 2021 NBA MVP candidate.

But the situation is constantly changing, and the latest MVP voting shows that the young star player is not even close to the title. 100 media members believe that LeBron James(760 points), Joel Embiid(665 points), and Nikola Jokic(596 points) have the highest chances to receive the award this year. Even though Luka Doncic is averaging 27.8 points, 9.3 assists, and 8.7 rebounds, the 21-year-old is only ninth on the list(10 points).

Doncic himself believes that he is not ready to become the 2021 NBA MVP. The young superstar told in his latest interview with Stephen A. Smith that he has a lot of things to improve:

“It feels special that a lot of players (and) a lot of people talk about me, but obviously I have a lot of things to improve. I still have a lot of space to improve and I think this season I’m not playing very good.”

Even though this was not an official MVP voting, it can be used to analyze the current situation in the League. Since Doncic is believed to be not the most popular player among media members, he is not very likely to receive the MVP title this year. The upcoming NBA playoffs will show who is going to become the Most Valuable Player of the 2020-21 season.