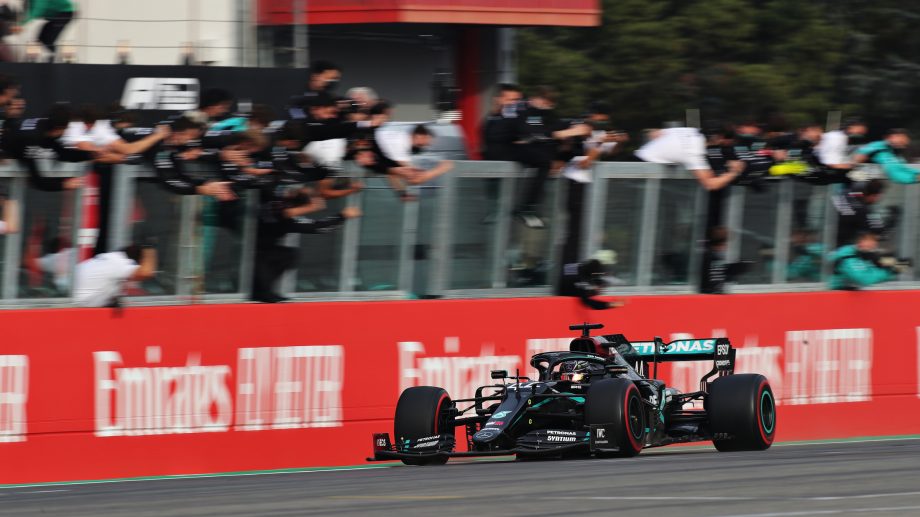 Championship frontrunner Lewis Hamilton overcame a slow start to win the Emilia Romagna Grand Prix on Sunday that saw him extend his own record for the 93rd Formula One career victory. The victory was also special for his team “Mercedes”, as they themselves have clinched the Constructors’ title for a record-breaking 7th time, that too in consecutive years. The previous record was held by Ferrari who won 6 straight Constructor’s titles between 1999 and 2004.

Hamilton beat his teammate from Mercedes Valtteri Bottas by a tiny margin of 5.7 seconds. Although it wasn’t a walk in the park for him, by any means. The narrow setup of the Imola track makes overtaking really troublesome, making track position vitally important. While polesitter Bottas enjoyed an extraordinary beginning, Hamilton ended up losing a spot to Verstappen into the first corner. Bottas, however, picked up some debris on the following lap, which left him with floor harm and a huge loss of downforce. Hamilton decided to run a pretty extended first stint and postpone his pit stop for as many times as possible. And fortune laid the path for him as Esteban Ocon resigned on lap 29, setting off a Virtual Safety Car period. That interruption allowed Hamilton to pit and re-join the race in the lead with utmost comfort. With Bottas slowed down by considerable floor damage, it was pretty straightforward for Hamilton from there on to go on and make history for himself and for Mercedes. 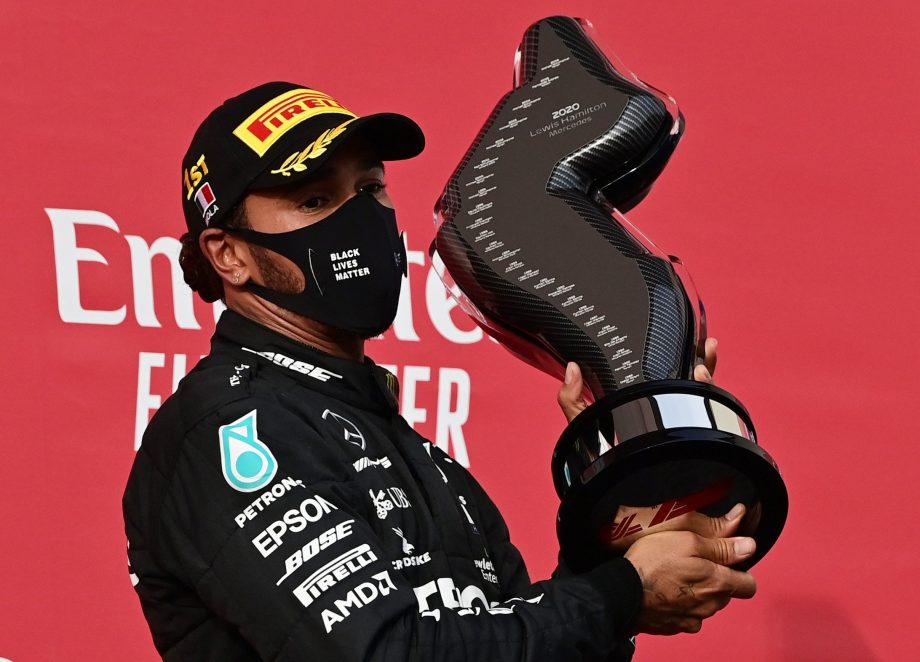 Only a week ago, Hamilton won the Portuguese GP to turn into the most successful F1 driver ever in terms of career victories. But the most fascinating record book entry of the day was Mercedes’s seventh consecutive Constructor’s title winning feat, for sure. In F1’s current hybrid era, the team has won every single championship. But, Team Principal and CEO of the Mercedes team, Toto Wolff, thinks the team can still push the benchmark even higher and shatter every boundary that tries to shackle them from trying. He said after the race:

“This is something to be proud of. We have a group that is just amazing together, we’ve tried to push the benchmark to new levels and we’ve achieved that. If we stay motivated and energised, we can push it even more,”

Moving away from the glam and glory, it was a dismal display again from four-time F1 champion Sebastian Vettel at Imola. He fell to a points finish, after an embarrassing 13-second tire stoppage and finished at a lowly 12th position. He is 14th in the overall standings right now, whereas his Ferrari teammate Leclerc is 5th. He has also been unable to finish higher than 6th this term.

While going has been tough for some, and fortune hasn’t been favoring some, Mercedes and Hamilton on the other hand, have made their own luck by being pretty much invincible. With the title already in their pockets, it will be very interesting to witness how it unfolds for Mercedes in the remaining four races.