Day 49 of the Pro Kabaddi League will see three splendid matches on a Super Saturday. The first game will be Dabang Delhi vs Puneri Paltan. After that, there will be Southern Derby with Telugu Titans taking on Tamil Thalaivas. The final match of the day will be between Jaipur Pink Panthers and Bengal Warriors.

Dabang Delhi started off really well in the season but struggled after that in the next two legs. Still, they are at the sixth spot currently and a couple of victories from here can only take them through to the playoffs. On the other hand, Puneri Paltan is in the second spot with 12 victories out of 19 games. They are through to the playoffs but would like to keep the momentum going.

Telugu Titans are out of the playoffs’ contention and will play for pride this time again. They are at the bottom of the table and can be dangerous for other teams if they play well. Tamil Thalaivas, on the other hand, is in the fifth position. This game will be crucial for them if they want to qualify for the next round.

The table toppers Jaipur Pink Panthers have won 13 games so far this season. They are through to the next round but would like to enter the playoffs with victories. Jaipur’s opponent for this game, Bengal Warriors is currently struggling. They lost their previous two battles and are looking for a win. A loss from here can be heartbreaking for them.

Let us take a look at the previews and predictions for the Day 49 matches:

Dabang Delhi played a draw in their last game against Tamil Thalaivas. Ashu Malik and Naveen Kumar were outstanding in the game but did not get their team the desired result. The defenders did not play as per the standards, hence they had to settle for a draw.

Puneri Paltan in their previous game was thrashed by the Gujarat Giants but their defenders showed some promise including skipper Fazel Atrachali and Abinesh Nadarajan. They would want to forget the game and will come full throttle against Naveen Kumar & Co.Both Puneri and Delhi are full of experienced players this time.

If we talk about their head-to-head battles, Puneri Paltan is ahead with 10 victories whereas Dabang Delhi has won on eight occasions. One encounter ended in a tie. Talking about the key players, Naveen Kumar will be the player to watch out for in this game. On the other hand, Fazel Atrachali will be key for Puneri Paltan.

Atrachali & Co. will be the favourites in this game, looking at their current performance. However, Dabang Delhi will be under pressure to win the encounter to qualify for the next round. They can turn the tables as well.

Telugu Titans had a terrible year once again and they are out of the tournament now. The franchise will play for pride and will look to unsettle the other teams. They have lost 17 out of 19 matches so far. There were hardly any occasions where they showed their class in this season. 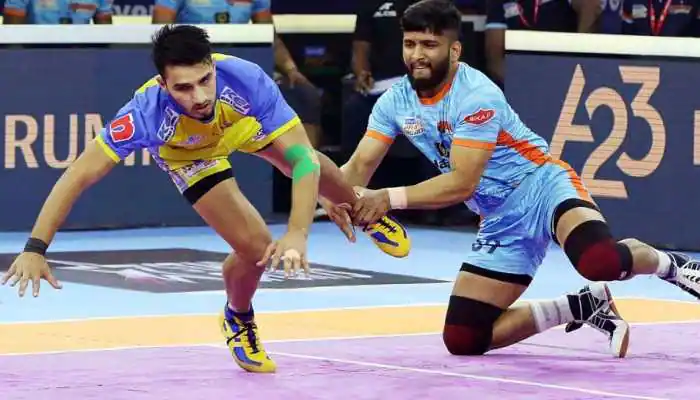 On the other hand, Tamil Thalaivas played a draw against Dabang Delhi in their previous match. Being at the fifth spot, the Tamil Nadu-based franchise had its door open for the playoffs. They need to win their clash against Telugu Titans to move further.

It should be an easy clash for Tamil looking at how terrible Telugu are performing. Both Tamil Thalaivas and Telugu Titans have won five times in their head-to-head battles while one match ended in a tie.

Parvesh Bhainswal and Adarsh T will be the key players for the Titans whereas Narender and Ajinkya Pawar will look to make the Thalaivas victorious. Talking about the game, Tamil Thalaivas are the favorites to win the game as their squad is way better than the Titans.

The table toppers Jaipur Pink Panthers will look to outclass Bengal Warriors in the clash as they are in their prime form. They unsettled Bengaluru Bulls by 20 points in their previous clash which has already made them favourites to win the trophy. Arjun Deshwal scored a crucial 13 raid points in this victory. 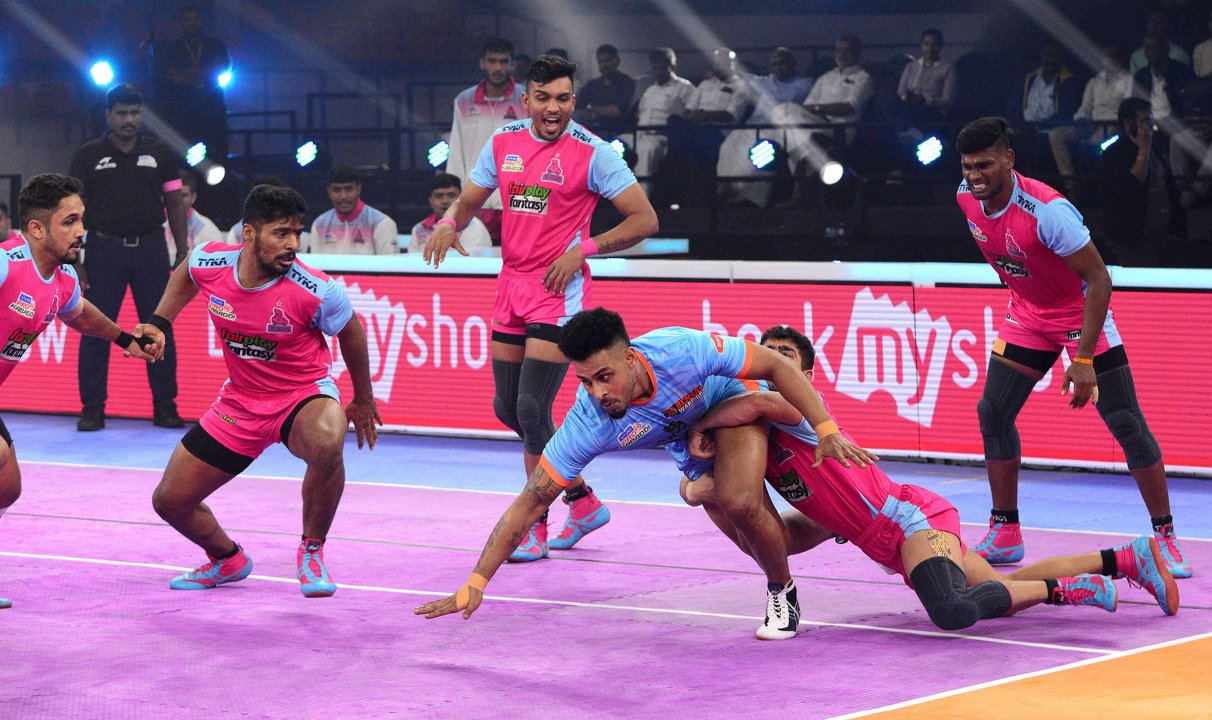 On the other hand, Bengal Warriors are in total contention for the playoffs. They have eight victories so far and would want to win the match at any cost. They lost the last battle against UP Yoddha by a single point. Though skipper Maninder Singh scored a crucial Super 10, the team lost the match.

Talking about their head-to-head battles, Bengal Warriors won 10 games so far while Jaipur Pink Panthers won on five occasions. Arjun Deshwal will be the player to watch out for in this match whereas Bengal Warriors will be dependent on Maninder Singh for their survival. Jaipur Pink Panthers will be the favorites to win this battle looking at their current performance.