Day 46 of the Pro Kabaddi League will witness two terrific games where out-of-form Haryana Steelers will be looking for a victory against U Mumba while Puneri Paltan would like to continue with their winning momentum against Gujarat Giants.

The first match of the day will have Puneri Paltan who are at the top of the table in action. They have been victorious in their last five games and are all set to enter the playoffs in style. The Pune-based side has been unstoppable and would want to win the title this season. On the other hand, Gujarat Giants have lost their previous five battles which eventually pushed them to the second last position in the table.

Haryana Steelers are currently in the tenth spot in the points table with six victories. They won their previous battle against Patna Pirates by a decent margin. On the other hand, U Mumba finally became victorious in their previous encounter against Bengal Warriors after three consecutive losses on the trot. They are well-paced at the seventh spot with nine victories to their name.

Let’s take a look at the previews and predictions of the Day 45 games:

One of the best teams in the league, Puneri Paltan will be against Gujarat Giants on Tuesday. The whole side has been in terrific touch with both the departments contributing. The previous match against Telugu Titans was a one-sided affair for the team where Aslam Inamdar and Pankaj Mohite scored 8 raid points respectively. Skipper Fazel Atrachali and Sanket Sawant showed some great signs in defence.

On the contrary, Gujarat Giants lost a close last game against Tamil Thalaivas by just three points. The Giants have lost 11 matches so far in the season and won just five times. Parteek Dahiya was their lone warrior in the last match. Gujarat would want to bring back their winning days in the battle against Puneri Paltan. Though it is not going to be easy, some strategic planning could help them win the battle.

Talking about their head-to-head battle, it is a big surprise that Gujarat Giants have won on seven occasions while Puneri Paltan became victorious just thrice to date. There was one battle that ended in a tie. It is a perfect chance for the Paltan to better their numbers as they are in the best form this time.

Fazel Atrachali has been good in the season, but his best performance is yet to come. Hope he finds his magnificent touch in this battle. From Gujarat Giants, Chandran Ranjit will be the player to watch out for. Undoubtedly, Puneri Paltan will be the favourites to win this clash on Tuesday.

Match 109: Haryana Steelers vs U Mumba

Haryana Steelers won their last game against Patna Pirates but they are not in the best position right now. Manjeet and Meetu Sharma have been good for the side, but they are unable to get support from defenders. Having won just six battles so far, they are still very much in contention for the playoffs. 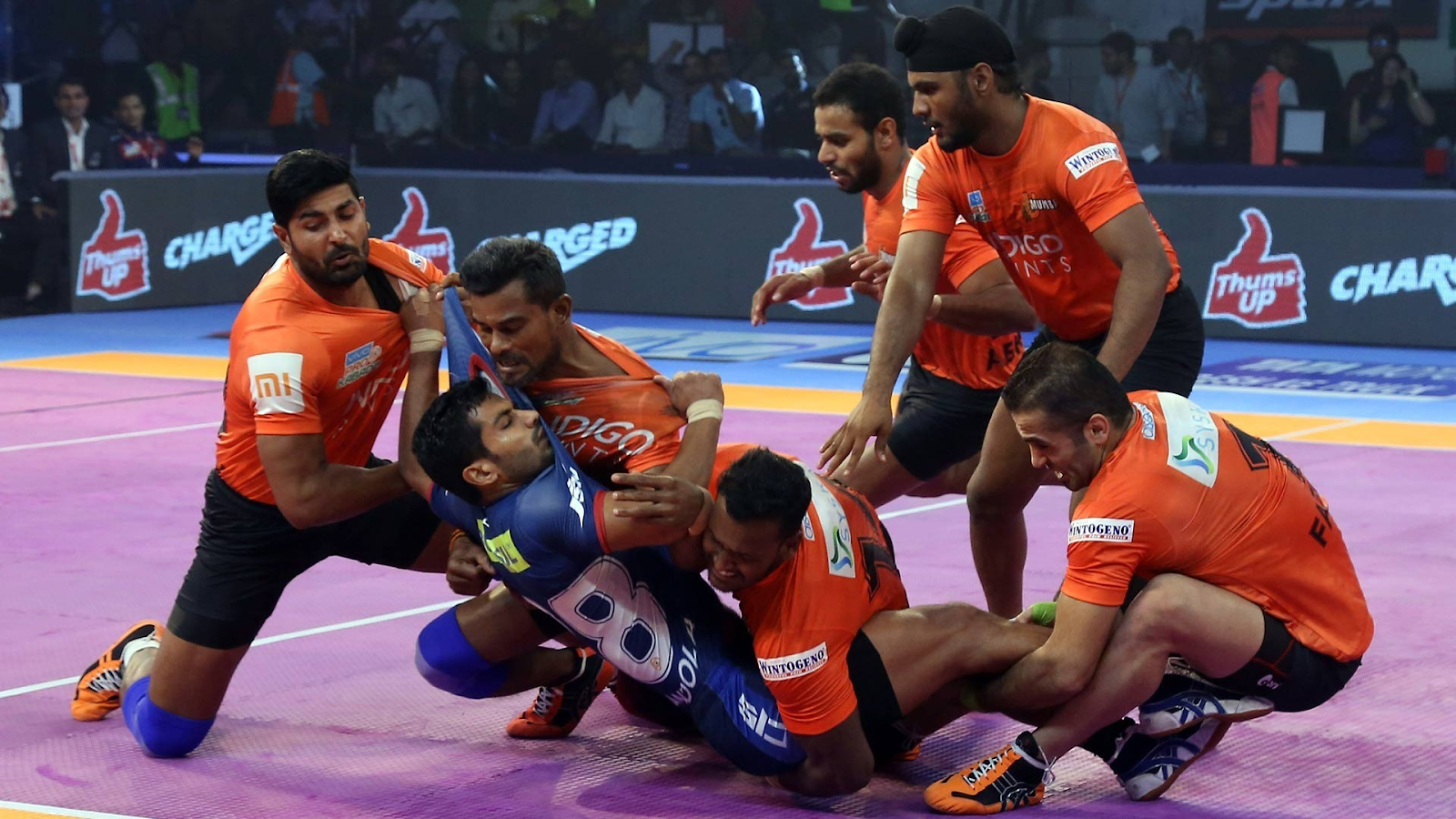 On the other hand, U Mumba has won nine games to date and would look to keep themselves safe by winning this encounter. Ashish and Guman Singh have been superb in raiding whereas skipper Rinku showed some great signs in defence.

Out of 12 games so far, Haryana Steelers have won four times whereas U Mumba won on seven occasions out of the 12 games. One match ended in a tie. For Haryana, Manjeet will be the one to watch out for whereas u Mumba will be highly dependent on Rinku in their defence. U Mumba will be the favourites to win the match, but Haryana too has a good side and can turn the game in their favour.