The Bulls are eyeing to stage a quick turnaround!

After consecutive triple-threat match-days, the Hyderabad leg of Pro Kabaddi Season 9 turns back to double headers where we are going to witness two crushing fixtures on Super Sunday. The action-packed saga of Matchday 44 will be held at Gachibowli Indoor Stadium of Hyderabad on Sunday from 7:30 PM onwards.

Tamil Thalaivas and Gujarat Giants who faced each other in their opening clash are going to lock horns once again in the first game of the day. Meanwhile, the second and final fixture of the matchday will feature two heavyweights Bengaluru Bulls and Dabang Delhi to strengthen their claim for the knockout round.

The Thalaivas had a great start to the Hyderabad leg and now just need to win half of their remaining league-stage games to earn their first-ever qualification ticket. Gujarat on the other hand is likely the very next team to be eliminated from the playoff race while sitting in the second-last position in the points table. The last victory for the Giants came back in the first week of November when they stunned the heavyweights Bengaluru Bulls in a high-scoring thriller.

The two combatants kick-started their PKL 9 campaign by facing each other in the opening fixture which ended in a tie settlement of 31-31. It was the second matchday fixture where the superstar Pawan Kumar Sehrawat suffered a threatening knee injury however, the Thalaivas did not surrender their weapons and fought bravely to hold the star-studded opposition for a tie. 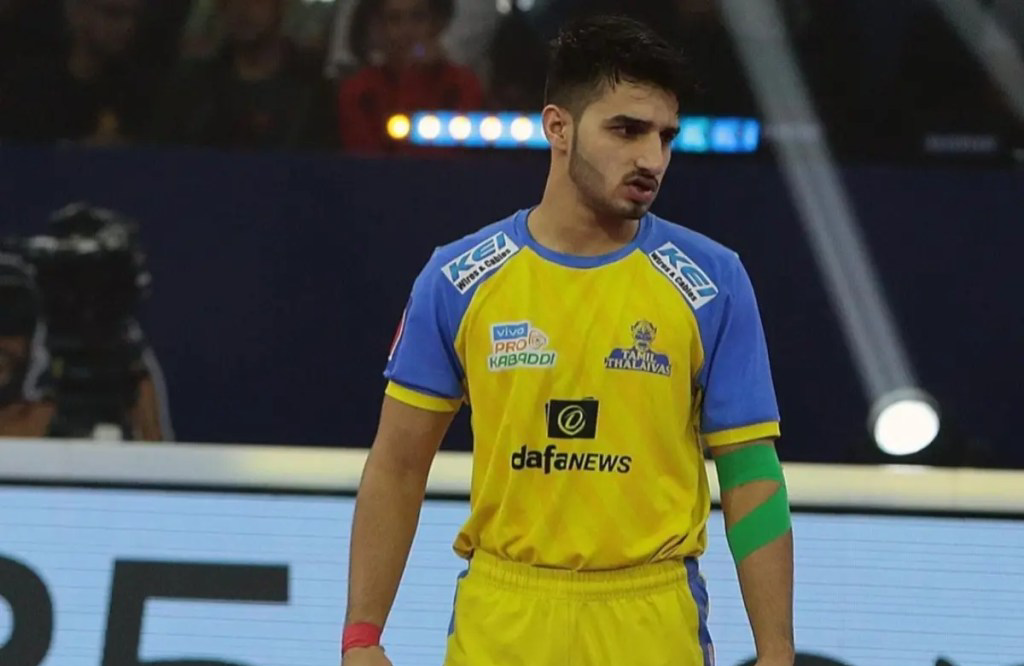 The presence of a utility player like Himanshu Yadav is a major plus for Thalaivas who conveniently switches roles as per the circumstances. Having played throughout the season as a raiding all-rounder, the Haryana-born dabbler was primarily seen in a defensive role scoring three tackle points. The Thalaivas gaffer Ashan Kumar won’t be considered for any changes to the winning unit which is making a strong claim for the playoffs.

In the kind of form they are, the Gujarat Giants side needs a major revamp starting right from the removal of Rakesh Sungroya from the Starting Seven. The cameo of Baldev Singh is a clear indication to the Maharashtra skipper Shankar Gadai that he may lose his place in the Starting Seven to the Himachali right-corner defender.

Captain Chandran Ranjith and Parteek Dahiya are doing very well in the offensive department but appropriate support from the third raider is still lacking.  It will be a tough task for the unsettled Gujarat defense to trample down the opposition raiding unit and they can only make a claim on five match points if they are able to do so.

The Chennai-based franchise is the clear favorite to emerge victorious from this contest whether it’s one-on-one player match-ups or the current form of both sides. 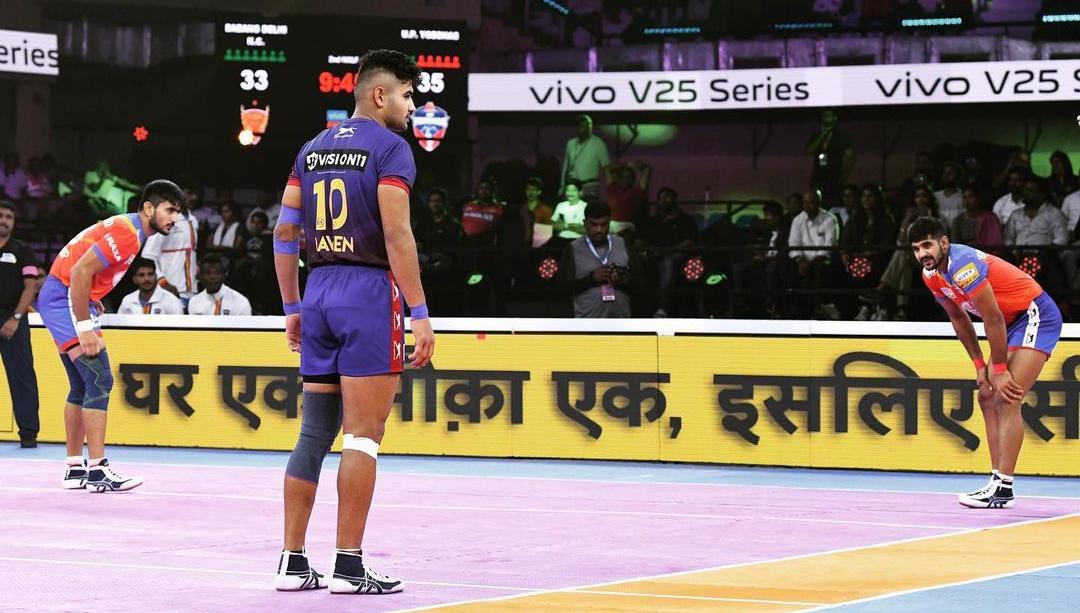 Will Naveen be able to take his team into the knockouts in his captaincy debut season?

The Karnataka-based franchise’s streak of four straight triumphs was followed by consecutive defeats at the hands of the table-toppers Puneri Paltan and old rivals Bengal Warriors. Bengaluru put up a great fight in both losing outcomes but couldn’t finish the games and has dropped eight crucial match points in the past week. Meanwhile, the defending champions have pressed the accelerator on time and will be turning up for the forthcoming fixture after fetching 10 points from their previous two games.

When these two sides shared the battlefield earlier this season, the Red and Blacks defeated the Capital-based outfit to extend their losing streak to three straight matches. The towering assailant Bharat Hooda accumulated an individual tally of 20 points consisting of 18 touches and 2 bonuses and kept his team on the winning side of 47-43 scoreline. The raiding duo of Naveen Goyat (16 raid points) and Ashu Malik (15 raid points) played their hearts out but the flops-show of the defensive department cost them four match points.

The resurgence of Delhi was initiated with the comeback of the veteran raiding all-rounder Vijay Malik who missed the majority of the league games due to fitness concerns. Vijay’s experience and leadership abilities are playing a key role in the tactics of Krishan Kumar Hooda and are turning the table for them. Krishan Dhull has made some impactful cameo appearances but may still not find a place in the Starting Seven as the stalwart Sandeep Dhull is also delivering fine performances.

The PKL legendary defender Ran Singh has made impressive cameo appearances in recent games but it still won’t be enough for him to replace Aman Antil in the left-corner position. Aman emerged as the best defender from the Bulls camp in their encounter with Bengal Warriors where he scored four tackle points including a solitary Super Tackle at the strike rate of 57%. The Bulldozer of Bengaluru, Mahender Singh also seems not to be up to the mark and needs to step up and set an example for others.

Undoubtedly, this is the game of the day as both combatants are equivalent to each other and it’s hard to predict who will grab the five match points at the full-time whistle. Bengaluru is having a better league stage campaign compared to their counterparts while the reigning Pro Kabaddi champions will surely have an advantage of the greater current form.