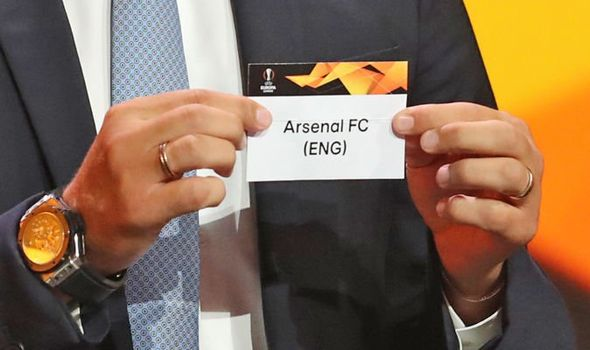 20 years in a row Arsenal played in the Champions League. Every football fan will remember with a smile these eternal strange coincidences, when Arsenal constantly fell into rivals to Bayern Munich after reaching the playoffs and eliminated from the tournament at ⅛ stage. However, it was impossible to imagine the season of the elite European competition without this team from the Foggy Albion. The team last played in the Champions League in the 2016/2017 season.

But all good things come to an end, in addition, European football is becoming more competitive and requiring more and more investments. If you do not spend money and do not strengthen the squad, you are left behind. So this is how Arsenal met its crisis.

Сalling to the memory we can say that previous Europa League campaigns(3) were not so bad for Arsenal if looking at statistics, but it’s not true at all. Actually it is nothing remarkable except the Baku final against Chelsea (1-4) for the club of such ambitions. 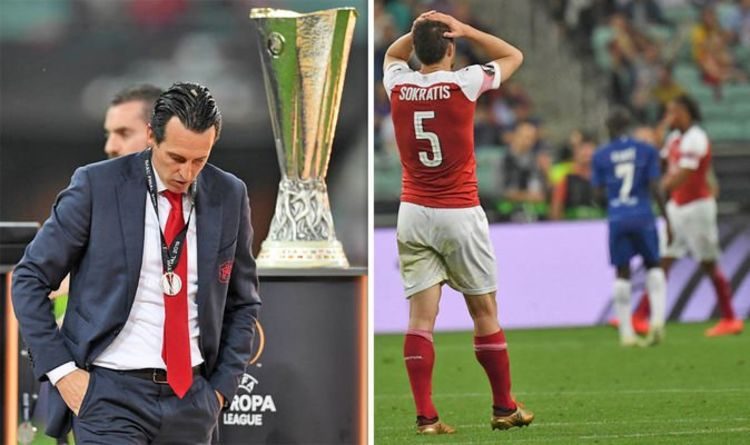 Nobody can say that Arsenal played on the decent level all these campaigns. Sometimes it seemed that the arsenal was just sinking in the ocean. Especially after the previous season where Arsenal couldn’t beat Greek Olimpiacos at 1/16 stage (2-2 agg.). Gabon international Aubameyang, who boasts 20 goals that season, had a gilt-edged chance to salvage a draw on the night and an aggregate victory in the tie only to fire wide, leaving him on the verge of tears. 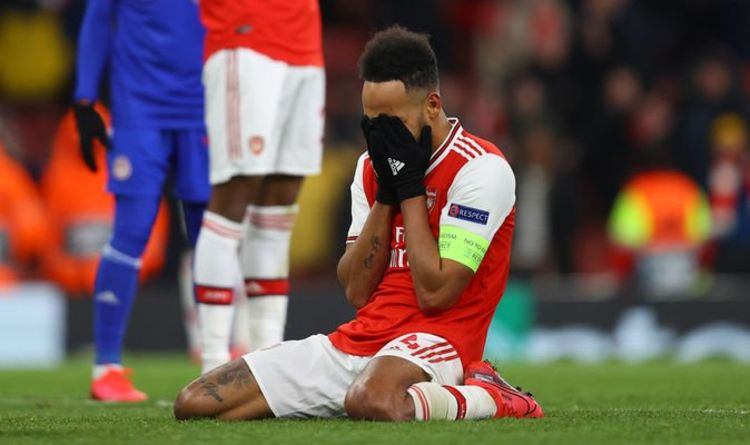 So it is alway dramatic about Arsenal, but when will it change?

But the past is what is left behind. What about this season so far?

First off all let’s do some analysis. Let’s start with comparing group stage performances and numbers.

Some notes: xGDiff/90 means Expected goal difference per 90 minutes played, 6 matches always in total in group. This indicator gives us the understanding about the overall quality of the team performance.

As well as it excludes the concept of luck, because it evaluates the game dryly, with a claim to be true and pure, without the “chance/probability”, which we can face often in football and which greatly distort the real picture.

But it’s worth admitting that this is why we love football, because we can’t predict the result precisely .

So let’s finally get acquainted with this world of numbers, the other world of football that does not include beer and chants. Take a look on these tables and move down to the explanation after them.

All the data has been taken from fbref.com. 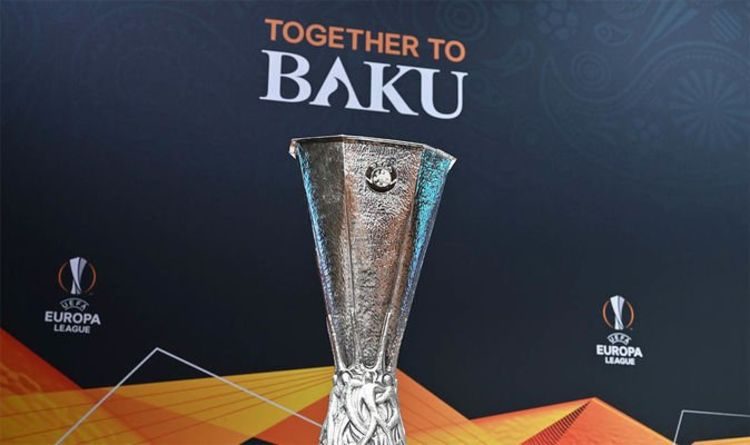 So as we see, all its Europa League campaigns Arsenal end the group stage on the confident 1st place with a decent Goal Difference(+7 minimum). So it was never a problem to advance to the playoffs stage.

This year’s campaign should be considered as one of the easiest for Arsenal ever, as all the teams in the group are not from the top 6 leagues(Norway, Austria, Ireland). Looks like an easy walk near the breathy ocean.

This is how it looks like for today and we already can not the biggest ever xGDiff/90.

But still it is only 2 games and it’s too early to say.

So we are seeing a positive trend that Arsenal’s game is getting better.

However, luck is still not on the side of Arsenal, and lately the team creates many problems for itself, especially in the last season of Emery for example, when the defenders and the goalkeeper did not seem to know what to do. Do you remember that Griezmann goal in the semi-final match? So be sure to look again.

Or check some moments from this season Europa League campaign:
Leno fail against Wien Rapid:

Still the previous match versus Dundalk(Ireland) showed that Arsenal learns how to play against defending teams.

As expected it was an easy match for Arsenal, they were playing against the team where the whole squad costs like one Arsenal player. A little bit tough beginning because of a lower defensive block with 5 defenders of the underdog Irish team. But the second Arsenal squad that mostly consists of academy lads figured it out and faced no resistance with two first easy goals, the veteran GK of Dundalk FC Gary Rogers made some terrible mistakes that led to goals. 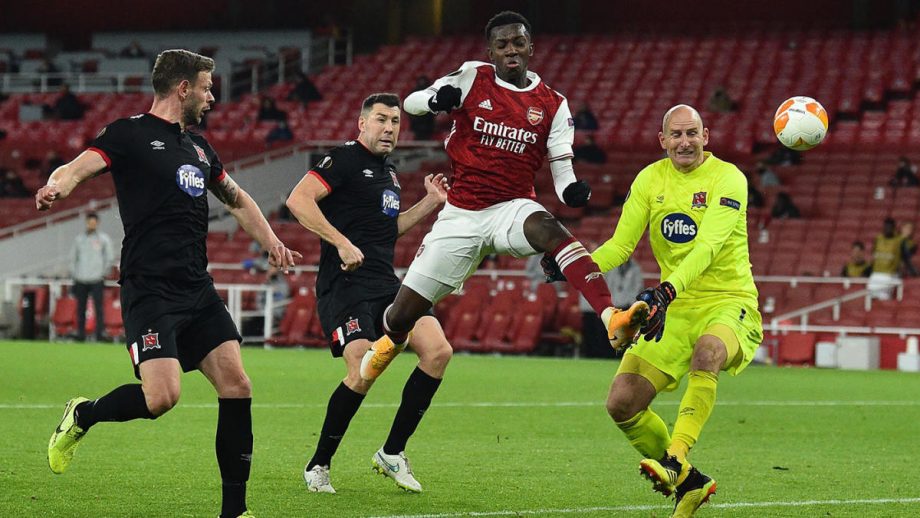 The second one was actually scored literally 2 minutes after the first by youngster Joe Willock due to fallen morale. In the beginning of the second half Pepe blasted the nine of Rogers with his weak foot from the outside of the box as a third and a last goal in this battle. So if we look chronologically, it took 5 minutes to score 3 and calm the game, but it seems it was not enough for that evening considering the desirable passion of youngsters to prove and show themselves to Arteta. Nelson(7.2) with Willock(best player of the match according WhoScored) were the most active and productive. Also the U21 academy grown striker Balogun made his debut for the first team.

Also its pleasure to note that Dundalk set a record which is the Europa League match without fouls. 18 tackles throughout the match according to the statistics, all of which were deemed legal in the eyes of tonight’s referee.

On hearing of the statistic, boss Filippo Giovagnoli said: “That’s a compliment and our team is so polite, they are gentlemen but they fought hard and tried to stop the opponent in other ways”. Read more about this here irishmirror.ie

Arteta tried to play with two defensive midfielders as a CB(Xhaka and Elneny) for a while. Seems like it was his idea in Manchester City to move Fernandino on CB. And he has suggested that the £35 million-man, Xhaka, could be given more opportunity to play in central defence in training in the coming weeks.

Arteta said, when asked about Xhaka playing in defence. He continued:

”We need to try them and the best way to try them is obviously in training, but sometimes you have to do it in games so they have a taste, the feeling and the confidence to do it as well. It was good that they got through that, got the clean sheet and obviously that will bring them some confidence as well”.

Be sure to check Nelson’s performance, not a real class, but with a big-big true desire:

And now we should discuss why these good tendencies happen.

So first of all, from the last Arsene Wenger’s season Arsenal started to spend. Winter signing of Pierre-Emerick Aubameyang. Top forward for record breaking +63 millions Euro. And the other signings during transfer windows like Kieran Tierney, Gabriel Migalies, Nicolas Pepe for 72 millions Euro and the one to change the all situation Thomas Partey, the core quality CDM from Atletico Madrid, that was bought on the Deadline Day for 50 millions Euro. And the main thing is a new coach Mikel Arteta, who knows the true core beliefs of Arsenal football. Experience as a head coach, but with a massive potential.

So assuming all the facts given Arsenal seems like the favorite to win the Europa League title, at least it has good chances.