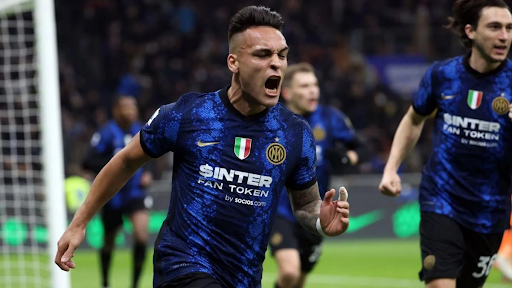 The race for the Scudetto continues. Inter Milan started the matchday on top with a hat trick from Lautaro Martinez. However, AC Milan with a smart finish from Giroud fired them to the top.

The league leaders, Inter Milan and the last placed, Salernitana squared up to open the Serie A matchday 28. Verdi missed an absolute sitter as Milan Duric squared it up for him to beat the keeper.

The home side took it up a level from there as Luataro Martinez scored a brace in the first half. The second half saw the Argentinian get his hat trick and a quick brace from Dzeko.

Both Udinese and Sampdoria came into the game with the threat of relegation building over their heads. The home side took a really early advantage as Gerrard Deulofeu scored from a cut-back inside the first 3 minutes. The rally did not stop there as Udogie popped up to give Udinese the second in the 12th minute. This time it was set up by Deulofeu.

Sampdoria fired back a quick reply as Caputo fired one in for the travellers, taking advantage of a really poor piece of defending by Udinese. The away side pushed and pushed for an equaliser. However, Cioffi’s men managed to hold on. 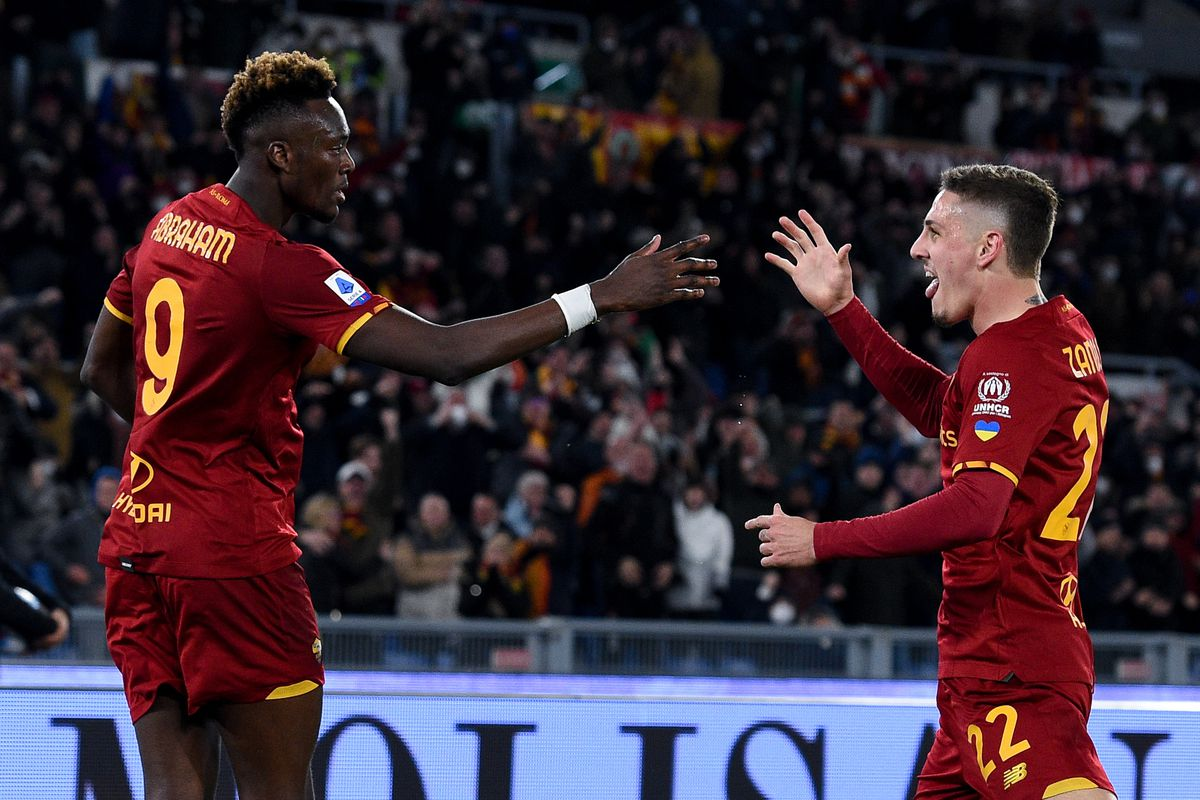 Roma and Atalanta kicked off an important fixture in the context of the race for the Champions League places. As expected Gasperini’s side dominated the possession in the opening exchanges.

However, a very direct play from the home side gave them the lead in the 32nd minute. The ball was played over the top which was controlled with perfection by Zaniolo and threaded to Abraham who finished it with beauty.

The fixture had late drama, as both Henrik Mikhitaryan and Marten de Roon were sent off in added time. Back to back 1-0 wins for Jose Mourinho.

After a tough week, Maurizzio Sarri’s Lazio travelled to Cagliari which was not in the best of forms. Ciro Immobile opened the scoring with a penalty. The ref initially denied the handball. However, the VAR check made him overturn his decision. Luis Alberto started and finished off an immaculate counter-attack in the 42nd minute to make it 2-0 for the visitors.

In the second half, Felipe Anderson made things worse for Cagliari as the Brazilian humiliated two of their players before scoring the third for Lazio. It was a perfect evening for the away side before Adam Marusic was sent off late in the game.

The home side, sitting into the relegation zone, came into this game desperate for points. Empoli on the other hand sits comfortably above the drop. The away side had nothing much to offer in terms of going forward.

On the other hand, Genoa had 18 shots, 7 on target. Yeboah just did not have his shooting boots on and was rightly subbed off early into the second half.

A real head to head clash between Fiorentina and Verona. Both teams pretty much evenly matched up in possession, big chances created, shots on target, goals. Hence, not a surprise that both lie 8th and 9th respectively in the league table.

A fiery start saw the home side take the lead through Piatek. However, 10 minutes later Verona equalised through Caprari’s penalty.

Another clash between two sides sitting who separate themselves by a point. A win would have put the home side above Tornio and a win for the travellers would have put Bologna league threat quiet for a while. However, both teams played out a snoozefest 0-0 draw. While the away side did create ample shots but failed to convert any of the chances.

Venezia, another side in the relegation came up against mid-table side Sassuolo. Worst possible start for Venezia as the visitors opened the scoring inside two minutes. It was followed by two pens from Berardi and Scamacca to put Sassuolo three up. Venezia managed to get one back through Henry.

Venezia was comical in defence as they conceded a third penalty which was put through Berardi. 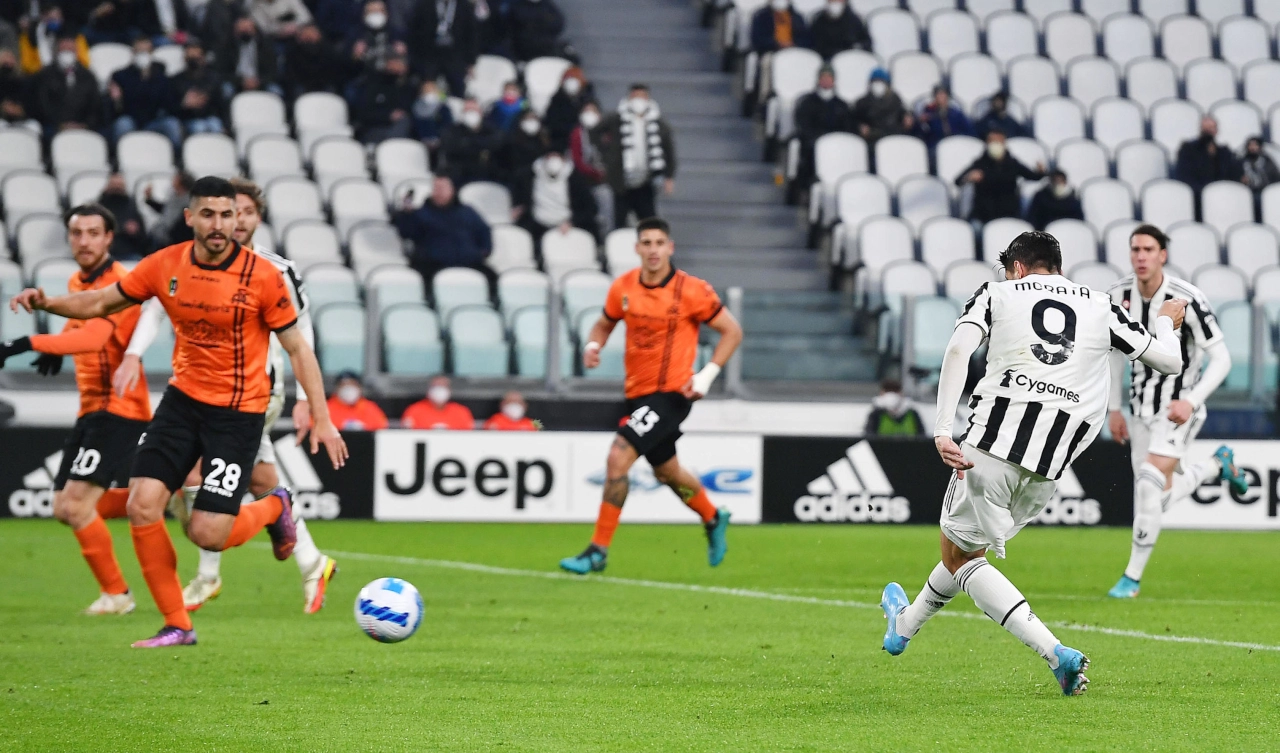 Vlahoic misfires but Morata saves the night for Juventus

Alvaro Morata’s first-half goal proved to be the winner for Juventus. The Old Lady continued their impressive run as they are yet to lose a league game in 2022.

16th placed Spezia pretty much matched up Juventus in terms of shots and attacking intent but were missing clinical edge in front of goal as Agudelo’s shot was brilliantly saved by Szczensy as he secured a second clean-sheet in two games.

A start to end Stefano Pioli masterclass. Despite their attacking dominance, Milan failed to put the ball in the back of the net.

However, Olivier Giroud showed the striker’s instinct and poached one in after Napoli failed to clear their lines.