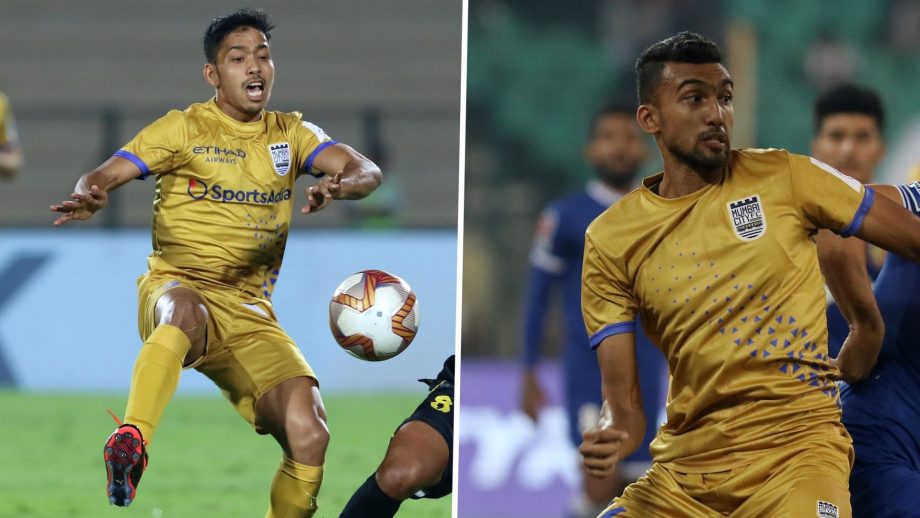 SC East Bengal has signed defender Sarthak Golui and midfielder Sourav Das on loan from Mumbai City for the remainder of the 2020-21 Indian Super League season.

East Bengal head coach Robbie Fowler is glad to have the pair on board and hopes they will inspire others around them to perform at a top-level as well. He said,

“They are both great players. We have probably seen both for a while. Both are good players who can potentially take us to a new level.”

Sarthak Golui started his career with Kolkata giants Mohun Bagan and made 2 appearances for them before signing for Pune City FC. The youngster burst onto the Indian football scene properly at the Pune-based club as he made 27 ISL appearances in two seasons scoring a solitary goal, providing 5 assists, and putting in a solid shift on the right side of the defense.

Golui then moved across Maharasthra to Mumbai City FC and made 13 appearances in the 2019-20 ISL season, most of those coming in the centre of the defense. The talented youngster made 113 clearances and 46 successful tackles along with finding the back of the net on one occasion in the 2019-20 ISL season where the Islanders narrowly missed out on a playoff spot.

Golui is delighted to move to East Bengal and hailing from Kolkata, it was a dream for the defender to turn out in the club’s legendary colors. He said,

“I am very excited to join SC East Bengal. Being from West Bengal, it is always a dream to don the red and gold colors. I can’t wait to take the field for SC East Bengal and give my best.

The 23-year old further talked about playing under Robbie Fowler and praised the fans of the club as well. The Indian international added,

“I am sure I will learn a lot from a legend like Robbie Fowler and the entire coaching staff. I know how passionate the fans are at this club and I promise to not let them down. I will do whatever it takes to help the club shine.”

Impressed with his performances, Mumbai City FC signed Das ahead of the 2019-20 ISL season and the central midfielder made six starts for the Islanders in his first season at the club.

In the pecking order behind the likes of first-team regulars Ahmed Jahouh, Rowlin Borges, and Raynier Fernandes, Das barely got on the field in the ongoing ISL season coming on from the bench in injury time against FC Goa.

Das praised the club’s history and legacy while putting pen to paper at the club. The 24-year old said,

“I am delighted to join SC East Bengal. It is a club with a lot of legacy and I am eager to put my best foot forward. I am really looking forward to working under the guidance of Robbie Fowler and the entire coaching staff.”