Sahal Abdul Samad, Jordan Murray, and Jeakson Singh spoke about what motivates them to give their best 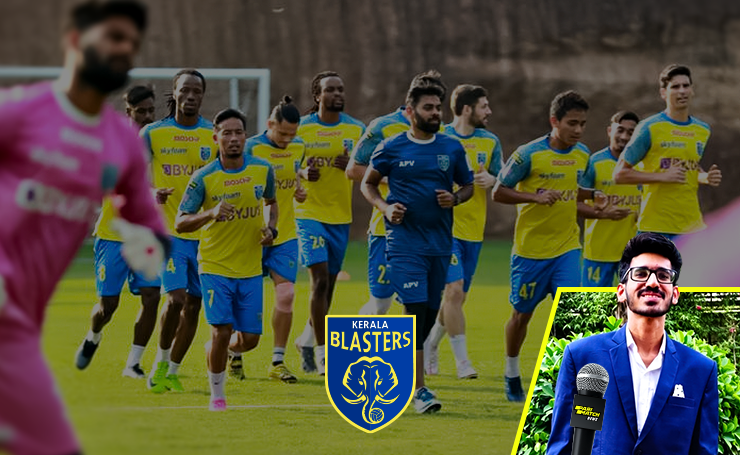 Kerala Blasters FC is having a topsy-turvy season under the tutelage of former Mohun Bagan manager Kibu Vicuna. They currently sit in the ninth position with 15 points from 16 matches in the ongoing seventh edition of the Indian Super League.

The Blasters did a squad overhaul in the pre-season with six new overseas signings and some Indian internationals and league regulars coming on board as well. While some big-money signings in Bakary Kone, Gary Hooper, and Nishu Kumar did not live up to the hype, some players have contributed significantly to the team’s cause.

Australian striker Jordan Murray leads the club charts in no. of goals with Sahal Abdul Samad and Facundo Pereyra running the show behind him. Young starlets in Jeakson Singh, Rahul KP, and Puitea have also stepped up and made crucial contributions over the course of the ongoing ISL season with Sandeep Singh and Albino Gomes proving to be solid at the back.

Mohak Arora of Parimatch News had a chat with Sahal Abdul Samad, Jordan Murray, and Jeakson Singh to discuss some of the pivotal moments that have defined the Yellow Army’s season so far.

After a bit-part role in the 2019-20 ISL season under Eelco Schattorie, Sahal has been one of the first names on the teamsheet whenever available since Vicuna took charge of the club. 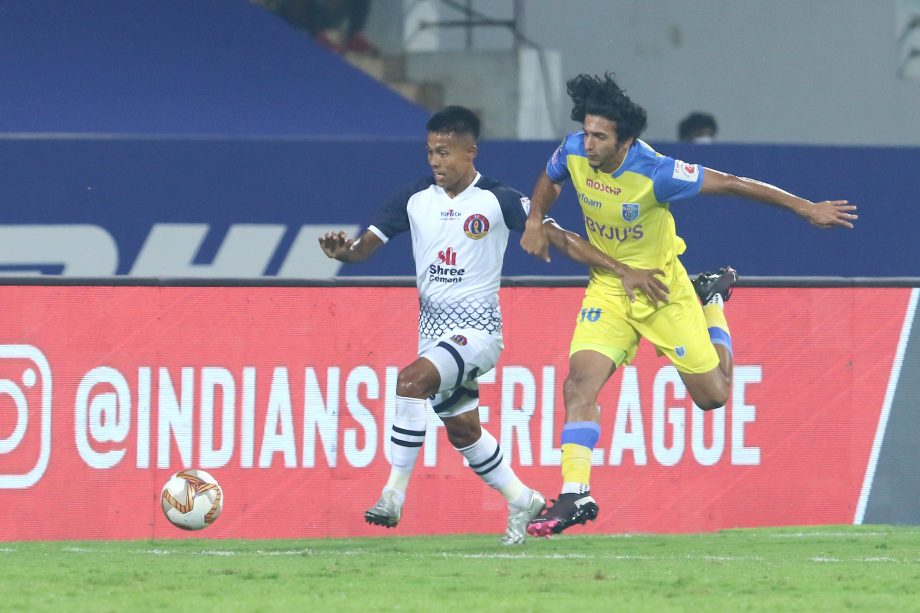 The talented youngster has been motivated to put more intensity in his game after continuous criticism during the last season. The 23-year old has been impeccable in attack linking up with Pereyra, Hooper, and Murray but has also improved his defensive side of the game. Sahal has often featured on the left side of attack with Pereyra occupying his favorite No.10 position and when asked about this, Sahal said,

“No 10 is my favorite position. Playing behind the striker, attacking from the midfield is my most comfortable space. The coach has told me I can play on the left-wing too. I’m trying my best, and I hope to continue like this in any position”.

The attacker is goalless since he hit the back of the net towards the end of the 2018-19 ISL season but has constantly created chances and helped the team in attack whenever he can. On his lack of goals, Samad quipped,

“I’m indeed not happy about the fact that I couldn’t score for my team. But I was able to contribute more for my team, even without goals. I have always tried to put in my 100 percent on the pitch and I will continue doing that.”

The 25-year old striker Jordan Murray started the season’s first four matches on the bench coming on for a combined total of 30 minutes in the first three matches. 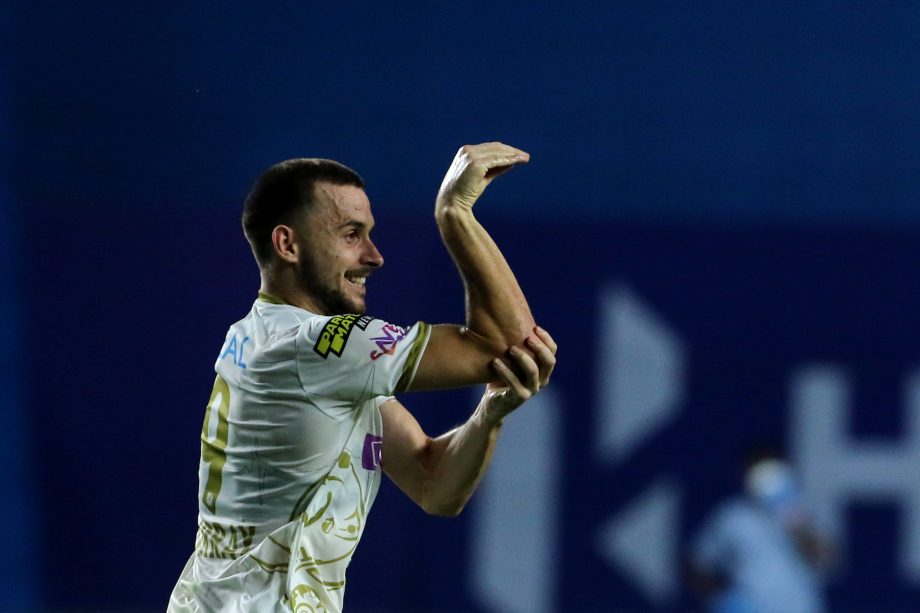 The Australian had a good spell in the middle of the season scoring 6 goals and contributing a solitary assist in 7 matches. When asked about how much confidence the first goal instilled in him, the 25-year old said,

“It is about getting the opportunity to play and do well in every game. Scoring the first goal definitely brings a lot of confidence both personally and to the team.” 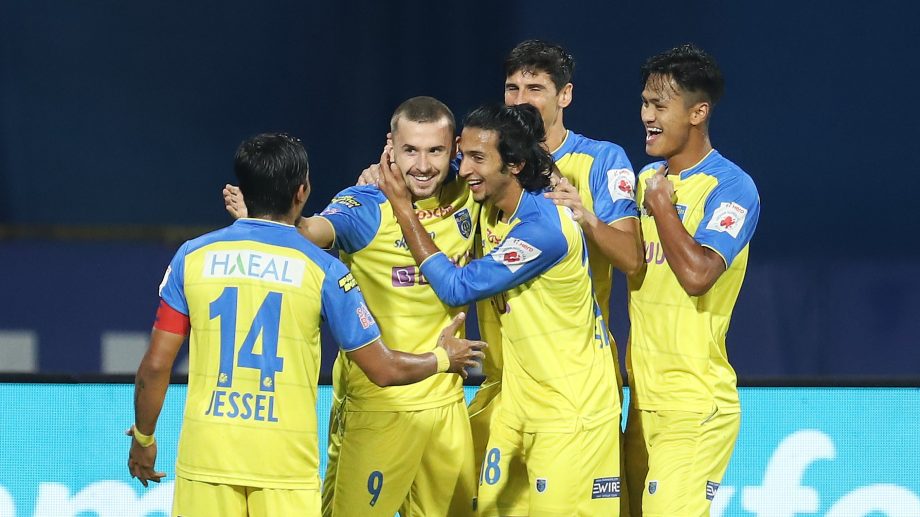 Murray celebrating the goal against Odisha FC with his teammates

The striker also talked about how his teammates are crucial to build the play and how scoring goals gives confidence to him personally and to the whole team as well. He said,

“We started playing with a lot of confidence and the goals kept coming because we developed the confidence and I give full credit to my entire team. Without my teammates, I wouldn’t have scored and at the same time, the confidence is improving with each game so I would like to prove that I can score goals and I just want to enjoy it.”

Since Vicuna shifted to a two-striker system, Kerala has looked a much better side in attack and Murray heaped praise on his strike partner Gary Hooper and the qualities brought to the table by the Englishman. Murray quipped,

“I guess having someone else up top with myself helps me a lot. Gary’s experience helps me to basically communicate and obviously to put the balls through for me to finish and vice versa. The main thing is learning from someone with his experience so for me, I’d probably say having a 2 striker system is something that I really enjoy”.

Jeakson Singh has started nine ISL matches this season, playing in the centre of defense in four of those matches. The 19-year old defensive-minded player has already matched the number of minutes spent on the field from the 2019-20 season with four matches still to be played.

The teenager has been a revelation in the central area of defense with Bakary Kone not enjoying a consistent run in the starting XI. After starting only one of the first six matches, Jeakson ensured he stamped himself as a mainstay in the playing XI since Christmas putting in gritty displays both in midfield and in defense.

When asked about how being on the bench affects the young starlet, the teenager said,

“For me, it’s always about the team, it doesn’t matter whether I start or come on in the last 5 mins as long as I can contribute for the team. My objective is only to give my best for the team and improve each day.” 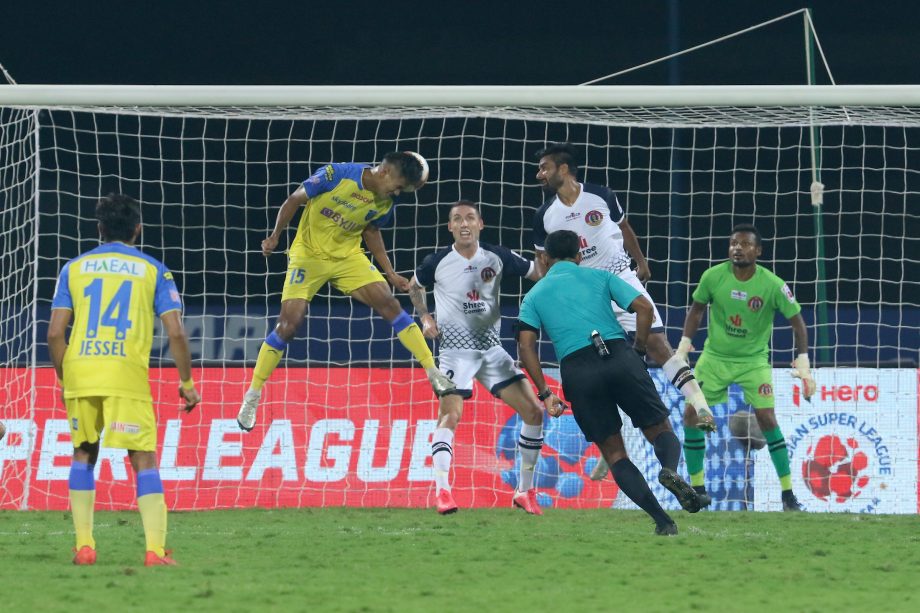 Jeakson helped the team avoid three consecutive losses in the first half of December with a 95th-minute equalizer against SC East Bengal. Talking about the goal, he said,

“We were in a difficult moment being a goal down at the closing stages of the match. We were desperate for a goal, I am happy to have been at the right spot at that moment and score the goal to win a point for the team.”