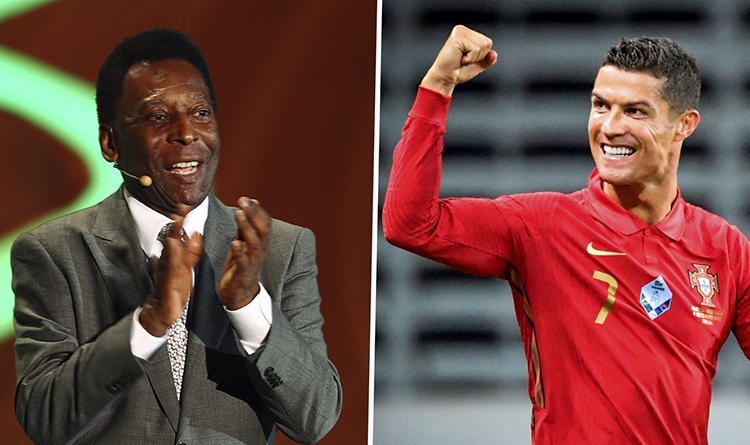 Edson Arantes do Nascimento, known as Pelé and Cristiano Ronaldo

At the end of Sunday’s match against Sassuolo, Cristiano Ronaldo picked up the ball in midfield and made a run towards Andrea Consiglia to set up the final score of the match, 3-1.

It was the 759th goal of his career, only official matches for clubs and the national team are taken into account. It took Cristiano 1037 career appearances to accumulate such an impressive number.

According to some statistics, Ronaldo has now caught up on the number of goals scored in official matches with Josef Bican, the great goalscorer of the early twentieth century. The King of Football, legendary Pelé was left behind a few days ago when Cristiano scored a double against Udinese.

But there are some difficulties with counting all the goals of retired football stars of the 20th century. Because of World War II, not all data has been preserved. Sources disagree on the exact number of goals. One amateur structure holds different and probably more accurate data, it was organized in 1994 by statistics fans Lars Aarhus, Kent Hedlundh and Karel Stokkermans. They include in ranking only players who have spent most of their career at the top level. Let’s take a look.

So according to the stats, Ronaldo is only the fourth, to reach Bican he needs to score 46 more goals. Fortunately, he still has a couple of years of his career to do that.

Ronaldo had the most flamboyant numbers during his stay in La Liga. On average he scored one goal every match for his former club Real Madrid.