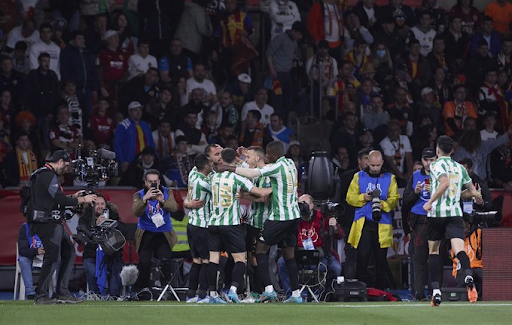 Real Betis defeated Valencia 5-4 on penalties in the final of the 2021/22 Copa del Rey to lift this prestigious title for the third time in their history. The game ended 1-1 after 90 minutes, where Borja Iglesias opened the scoring for Real Betis whilst Hugo Duro restored parity for Valencia.

On the other hand, Jose Bordalas fielded a completely new-look playing XI for this mega event, making eleven changes to the team that lost 2-0 against Villarreal in The Bats’ last encounter. The likes of Gabriel Paulista and Ilaix Moriba who have been sparsely used this season were given a chance to showcase their talent.

The first ten minutes of the game were played mostly in the midfield and the first big opportunity, which came to Los Verdiblancos in the 11th minute, resulted in a goal. Bellerin launched a cross into the box and Iglesias got his head to it, finding the back of the net with great accuracy.

Pellegrini’s men could have doubled their lead in a similar manner only ten minutes later. This time around, another full-back in Moreno got a cross into the box and Juanmi got his head to it, but he lacked Iglesias’ precision.

Bordalas’ men did not create much in the entire first half but did the most important bit – restored parity right at the half-hour mark. From a swift counter-attack, Moriba slid in a through ball for Duro and the Spanish forward made no mistake in slotting his shot past Bravo. Real Betis’ response to the goal was impressive, with Rodriguez and Sergio Canales both getting opportunities to restore their team’s lead, but neither could capitalize.

Interestingly, Valencia had a much better start to the second half and had three opportunities to score in the first nine minutes after the resumption. Jose Luis Gaya had his shot saved by Bravo, and in the next three minutes, the architects of the first goal Duro and Moriba tried their luck, but to no avail. Gabriel too had a crack just before the hour-mark, but his shot was not on target.

These chances served as a wake-up call for Real Betis, who then had a flurry of opportunities to reclaim their lead. Juanmi pulled the trigger in the 65th minute but had his effort saved by the Valencia custodian Giorgi Mamardashvili, while only three minutes later, he set up a good pass for Canales, but the Spanish midfielder failed to make it count. 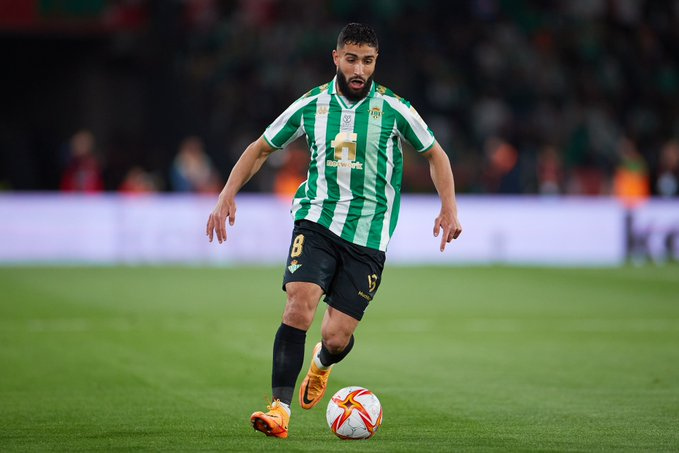 Nabil Fekir had a good opportunity for Real Betis

In the 83rd minute, Carvahlo found Nabil Fekir inside the box with a pass but the Frenchman failed to get his name on the scoresheet, with Valencia Georgian shot-stopper proving his mettle yet again. The 21-year-old faced another test in the 90th minute when Borja Iglesias went for the killer blow, but he passed with flying colours for the umpteenth time.

The last big chance of stipulated time, however, fell to Bordalas’ men as Carlos Soler tried a long-ranger from outside the box, but this time around, it was veteran Bravo’s turn to prove why he made it to the starting XI in the first place. 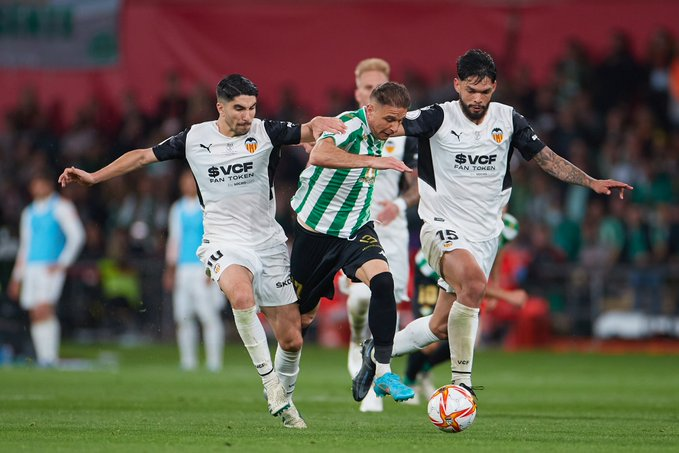 The Chilean custodian was called into action again in the 95th minute when from a headed lay-off from Goncalo Guedes, Thierry Correia went for glory with his right foot. There was no chance in the outcome though, with the 39-year-old making another crucial save.

The last few minutes of the game were pretty similar to the initial exchanges as it seemed both teams had signed a mutual pact of taking the game to penalties in a bid to avoid making fatal mistakes in the dying minutes. Real Betis’ Cristian Tello and Valencia’s Uros Racic had a crack at the goal but neither could find the target.

Los Verdiblancos emerged victorious in penalties by a 5-4 margin. All of their five penalty-takers were on the money, whereas unfortunately for Valencia, American teenager Musah blasted his shot over the bar.