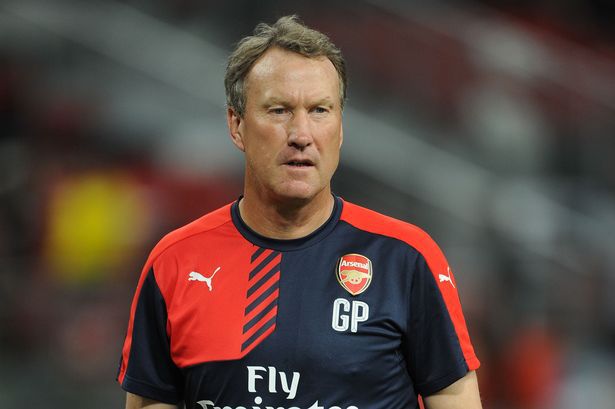 Gerald Peyton in his time as a coach at Arsenal

After the sacking of head coach Stuart Baxter, Odisha FC has appointed his assistant coach Gerald Peyton as the new manager of the Juggernauts for the remainder of the 2020-21 Indian Super League season.

Odisha FC has been struggling in the ongoing ISL season and currently sits bottom of the league table with only 8 points from 14 matches, winning 1, drawing 5, and losing 8 of those games. The chance to qualify for the playoffs is realistically out of sight now and would be mathematically impossible after a couple of draws or losses in their remaining six matches of the season.

Gerald Peyton will now take charge of the side as the head coach and is looking forward to continuing the ‘hard work’ for the remainder of the season. He said,

“I have agreed to become the Odisha FC Interim Head Coach for the rest of the games, we have six games left. I am going to go with a lot of hard work that’s been done already by myself and Stuart (Baxter). I am going to carry on and try and win as many games as possible with the young players, with the team that we have and the way we have been playing.”

The 64-year old coach has set some aims for the remainder of the season and thanked the club’s fans as well. He said,

“My job is to make sure that we show fight, resolve and pride everytime we step onto that pitch. Hopefully, we can give the fans a lot of good things to be proud of as we have been grateful for their support so far.”

After a short spell at Japanese club Shimizu S-Pulse, Gerald became the assistant coach of Odisha FC and will take charge of the Juggernauts as the interim head coach starting with the match against ATK Mohun Bagan FC on Saturday.