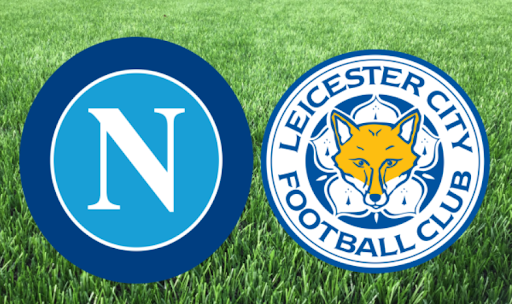 Napoli will host Leicester City in the closing sixth leg of the Europa League group stage at home stadium named after the legendary Diego Maradona. The match will take place on 9 December in Naples, kick-off at 23:15 IST.

Before the last round, the intrigue in Group C has reached a breaking point – the gap between first and fourth place is only two points, which means that all the teams have a chance of qualifying to the playoffs. The important thing is that there is no way Legia will top the group. That means that the first place will be decided in Naples.

Luciano Spalletti‘s team are having a difficult period.

The Neopolitans are currently experiencing a number of problems, both in terms of performance and manpower. And all these factors have a negative impact on Napoli’s results to date. In their previous six games in all competitions, the Blues have picked up just one victory. A string of defeats has seen Luciano Spalletti’s side slip the lead in the Italian league. And last weekend, Napoli suffered their first Serie A home defeat of the season: Spalletti’s side lost 2-3 to the trophy contender Atalanta.

There is a lot on the line for Napoli against Leicester. The stakes are high: a win would most likely propel the Partenopei directly into the last eight, while any other outcome would dash their hopes of continuing in the Europa League.

Now, Napoli are third in the group after five games played, with seven points.

Strange as it may seem, the main problem for Napoli were the games against Spartak. The Neapolitans lost twice against the Moscow club, 2-3 at home and 1-2 away.

The main problem is injuries of course. Key players Kalidou Koulibaly and Victor Osimhen will not be available for the match against the English side. Lorenzo Insigne and Fabian Ruiz are also in doubt.

Leicester, meanwhile, have picked up eight points and are top of the group – justifying their status as the main favourites to win the group. But even their place in the Europa League play-offs is not yet guaranteed.

In five group stage games of the Foxes, they have achieved only two victories. Brendan Rodgers‘ side had a hard-fought win in Moscow against Spartak and took down Legia at home.

Meanwhile, Leicester lost points in a home game against Spartak (1-1) and lost to Legia (0-1) in an away game.

In the English Premier League, Leicester are also far from what they would have liked. In the previous six fixtures, the Foxes have picked up only one win. Now they are only 11th in the table and already eight points behind the Champions League zone.

The English side last conceded no goals in the match at the end of September when they beat Milwall in the English League Cup.

Statistical preview of the match Napoli vs Leicester City:

Before the start of the group stage, there was no doubt that Leicester and Napoli would easily make it through to the play-offs. But in the end, one of these teams is likely to be eliminated from the Europa League this week. But who exactly – it’s unrealistic to even speculate here.

The option for both teams to score is the best and safest one, given all the problems that both Napoli and Leicester have faced recently.

Another way of looking at it: Leicester will face Newcastle United, Tottenham, Everton, Manchester City and Liverpool before the end of December and the Foxes’ fate in the Premier League could be very much decided at this point in the season, so obviously the national league will be favoured – and, thus, the English side will have the relevant line-up and attitude for the upcoming match, with Napoli having a chance of taking all three points.

We believe that the hosts have a better chance to win due to priorities, motivation and other circumstances like home pitch.

Don`t miss out 👉: Mumbai City vs Jamshedpur: Preview and Prediction