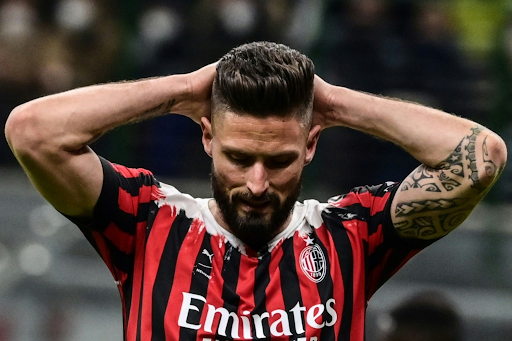 Oliver Giroud and Milan were frustrated by Bologna

Milan played out a stalemate against Bologna as the Serie A title race is blown wide open. The Rossoneri’s lead is now cut short to just one point with the likes of Napoli and Inter adding the pressure. Roma registered another win and are now 10 games unbeaten with Champions League qualifications in their sights. At the bottom, Spezia picked up crucial three points to distance themselves from the sight of relegation.

Spezia and Venezia opened the Serie A round 31 with some drama. Both teams, more so, Venezia came into this with relegation on their minds. The home side started strongly and created a flurry of chances. The visitors were lucky to go into the half-time all square after Bastoni missed a couple of good chances.

Apart from one or two half-chances, Spezia managed to contain their rivals. Their attacking intent paid off in the added time, as Emmanuel Gyasi tapped home to seal all three points for his team.

After a difficult last couple of games, Lazio had a chance to get their European ambitions back on track. Maurizio’s Sarri’s men were up against Sassuolo who came into this with 3 wins in their last 4 games. The home side started nervously as the visitors missed a glorious chance to get ahead. However, Manuel Lazzari’s darting run resulted in a goal in the 17th minute.

After seeing out the rest of the first-half, Lazio scored early in the second via Milinkovic Savic to seal the three points. Hamed Traore scored in added time to give his side a consolation.

Despite a little upturn in performances, the story of the results for Salernitana has been the same. Against Torino, it was no different as the home side started with positive intent but could not turn that into a goal. The away side then opened the scoring in the 18th minute as Andrea Belotti slotted home his penalty.

Torino managed to hold on to their lead and the red card to Federico Fazio in the 85th minute made things easier for them.

With three wins in their last three, Fiorentina came into this with a favourable run of form. The hosts were on it from minute one, defensively and offensively, as they created some and restricted Empoli to a bare minimum. Nevertheless, it seemed that Empoli’s defence was starting to frustrate them with their organisation.

It all turned on the visitor’s head as Sebastiano Luperto picked up a second booking in the 57th minute and the home side managed to score from that freekick. 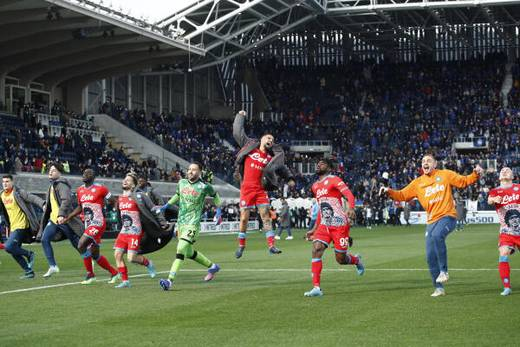 Insigne and teammates celebrate with the Napoli fans

Atalanta and Napoli squared off in a high stakes match with the ‘home side’ eyeing a top-5 finish and Napoli trying to catch Milan at the top. Lorenzo Insigne’s early penalty opened the scoring while Matteo Politano made it 2-0 as Napoli built on the momentum.

Completely against the run of play, Marten de Roon’s goal gave Atlanta hope in the second half but Elif Elmas late strike sealed all three for the title chasers.

Udinese and Cagliari played out a goal-fest at the Friuli stadium. Unfortunately for Cagliari, 5 of those goals were scored by the home side. The visitors took the lead in the 32nd minute as Joao Pedro chipped one over Silvestri. What followed was a complete demolition by Udinese.

The hosts scored two goals before the half-time whistle and managed three more in the second half. Alberto Grassi was given the marching orders to make things worse for Cagliari.

Coming into this game with 0 defeats in their last 9 games, spirits were high at Jose Mourinho’s Roma. Sampdoria started with intent and created good chances but could not beat Rui Patricio.

Out of nowhere, the visitors turned the switch and Henrikh Mkhitaryan tucked home a beautiful counter-attack to open the scoring. With three more points in the bag, Roma is making a strong case for that 4th spot. 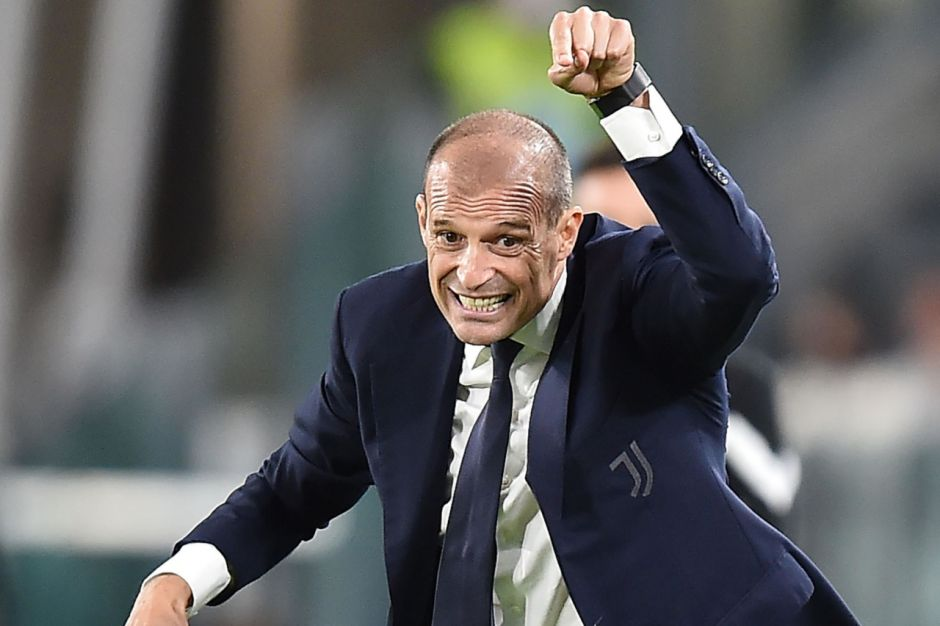 In almost a classic Juventus style, Inter Milan came out with all three points against the Old Lady at the Juventus Stadium. Max Allegri’s men created waves of attack but struggled to break the resilience of Samir Handanovic.

The visitors went 1-0 up at the stroke of half-time as Hakan Calhanoglu scored his retaken penalty after missing the initial attempt. The home side came out all guns blazing in the second half but Inter managed to hold and take home the win.

Giovanni Simeone’s strike early in the game was enough to seal all three points for Verona. Genoa pushed for the equaliser but Lorenzo Montipo remained intact and ended his night with a deserved clean sheet.

With Napoli and Inter breathing down their neck, anything less than a win would have been bad for Milan. The home side was ruthless defensively and in the build-up. However, it was up top where they suffered the most. Oliver Giroud and Messias had an absolute stinker as both seemed to have left their shooting boots home.

The visitors on the other hand had much to thank for their goalkeeper, Lukasz Skorupski. The Polish international made top saves throughout the game to salvage the point for Bologna.