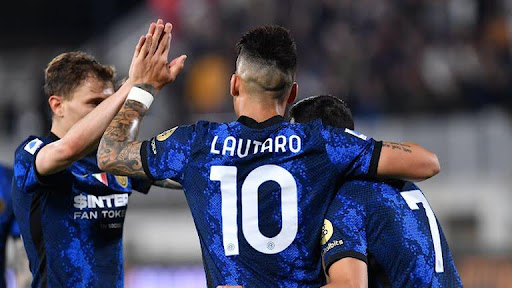 Inter started the weekend with a 3-1 win over Spezia to momentarily occupy the top spot, while Serie A leaders Milan responded by beating Genoa 2-0 to reclaim the summit. Juventus, Lazio and Roma, on the other hand, rallied from behind at the last moment to pick up a point against Bologna, Torino, and Napoli respectively.

Inter piled pressure on Spezia and were rewarded at the half-hour mark when Marcelo Brozovic latched on to a half-volley from Danilo D’Ambrosio and curled it past the outstretched hands of the ‘keeper. Replacing Edin Dzeko at the hour mark, substitute Lautaro Martinez found his name on the scorers’ list in the 73rd minute by nudging Ivan Perisic’s lowly cross into the far bottom corner.

With little more than two minutes of regulation time left, Spezia pulled a goal back courtesy of their captain Giulio Maggiore’s rasping strike from outside the box. However, their hopes of a comeback were dashed in the dying embers when an unmarked Alexis Sanchez made a run through the centre and slotted the ball into the bottom corner. 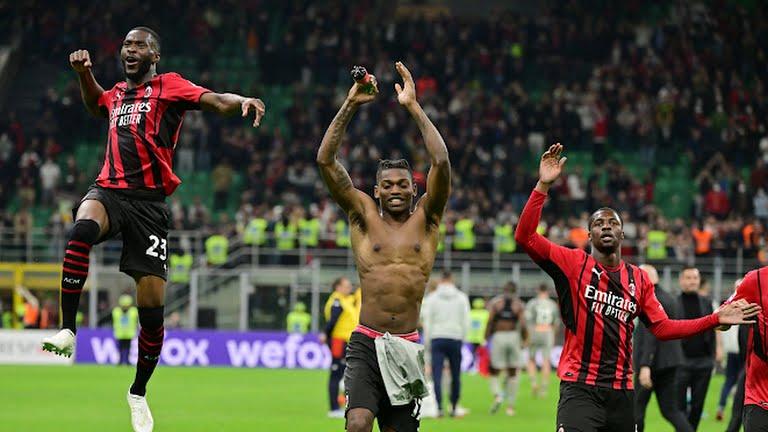 Milan found the back of the net in the 11th minute through Rafael Leao when the Portuguese striker made the most of the crossfield pass from right-back Pierre Kalulu to tap it home with his first touch. Although Genoa knocked on Milan’s doors for a goal, the response from their strikers never quenched their thirst.

The Rossoneri made them pay for their missed chances in the 88th minute when substitute Junior Messias slammed the ball into the roof of the net by pouncing on a rebound. Although Milan leads Inter by two points in the Serie A title race, the latter have a game in hand.

Cagliari was at their counter-attacking best against Sassuolo by sneaking a 1-0 victory over Sassuolo.

Despite a host of opposition defenders circling him, Alessandro Deiola found himself some space in the six-yard box to nestle the ball into the back of the net after connecting Răzvan Marin’s left-footed cross from the right flank.

The scoreline remained the same at full-time as Cagliari snapped its five-game losing streak.

Udinese took an early lead in the most unlikely fashion after rival defender Ardian Ismajli deflected the ball past the goal-line in an attempt to clear Nahuel Molina’s cross from the right flank. After side-stepping his marker, Gerard Deulofeu unleashed a pile-driver from outside the box in the 52nd minute which beat the full-stretched ‘keeper to slot into the bottom corner.

Andrea Pinamonti gave Empoli a glimmer of hope in the 70th minute through a spot-kick but Udinese returned only stronger. Ignacio Pussetto ghosted two defenders to complete a one-two with Deulofeu and thumped the ball into the far corner to reclaim the Friulians’ two-goal cushion.

Lazar Samardzic dealt the final blow in the 87th minute after going past two defenders to make space for himself and release a shot from outside the box that bulged the net.

Stranded rock bottom in the league, Salernitana picked their first three points after 11 fixtures by beating Sampdoria 2-1 away from home. Leaping past his marker, Federico Fazio nodded in Pasquale Mazzocchi’s flag kick to give them the lead in the fourth minute.

Salernitana didn’t have to wait long to double the lead as Ederson scored a goal two minutes later. In a brilliant counter-attacking move, the Brazilian found himself at the halfway mark after two passes and galloped through the left flank to beat the opposition’s keeper from close range.

Francesco Caputo took full advantage of a failed clearance to whizz the ball past the ‘keeper’s hands and bring Sampdoria back in the contest. However, it turned out to be a mere consolation as both sides were unable to trouble the scorers in the second half.

Fiorentina created multiple chances throughout the match but was able to chip in only one goal. Just when it seemed the ball would go out of bounds, Igor kept it in by hammering a low cross into the box. With a sea of legs surrounding him, Lucas Torreira waited patiently to thump it in the back of the net in the 30th minute.

The victory would give Fiorentina a much-needed morale boost ahead of their Coppa Italia semi-final against Juventus as they need to make up for their 1-0 deficit in the second leg. 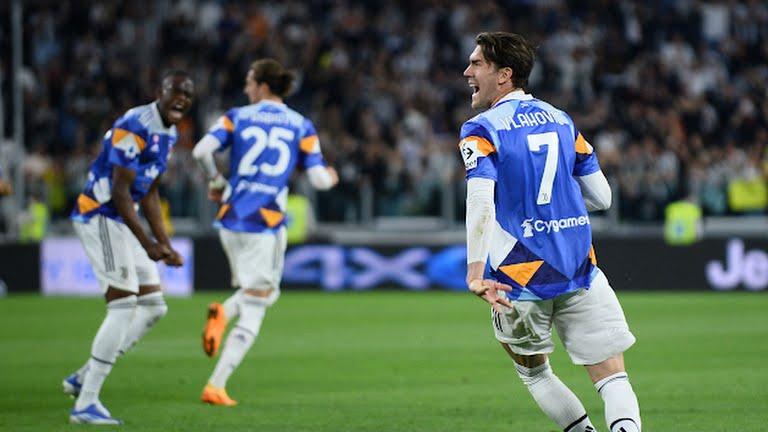 After a goalless first half, Bologna took the lead in the 50th minute through Marko Arnautovic. The 32-year-old made an intelligent run from behind to leave the defenders astray and side-stepped the rival’s keeper to pass the ball into an empty net.

However, the away side found themselves down to nine men in the 84th minute after the referee brandished Adama Soumaoro a straight red card for shoving Alvaro Morata down and denying him a goal-scoring opportunity. Gary Medel couldn’t continue his temper and was shown a second yellow for the protest.

With two regular defenders out in the final phase of the game, Juventus directed all their outfield players upfront for a corner kick. Federico Bernardeschi swung in a cross towards the edge of the box for Adrien Rabiot, who nodded it towards the centre. Danilo managed to flick it towards Morata, who replied with an acrobatic overhead kick to keep the ball in play. The Bologna players were slow to react to the quick passage of play as Dusan Vlahovic jumped to connect the ball from a hand-shaking distance into the goal with his head.

The encounter between Lazio and Torino wasn’t devoid of late drama either as Ciro Immobile equalised in the second minute of extra time for Lazio to steal a point. Earlier in the game, Torino’s vicious corner-kicks resulted in Gleison Bremer striking the woodwork in the first half and after the teams changed sides, Armando Izzo’s header off a corner kick was saved by a Lazio defender off the line.

However, their efforts reaped dividends in the 56th minute when an unbothered Pietro Pellegri diverted Ricardo Rodriguez’s corner-kick into the top corner. Sergej Milinkovic-Savic’s cross from the right flank was smartly headed in by Immobile at the back post as the referee blew his full-time whistle soon later.

Roma scored a last-gasp equaliser through Stephan El Shaarawy in the Derby del Sole to extend their unbeaten run in the Serie A to 13 games. Tammy Abraham cut back the ball to the 29-year-old and an unmarked El Shaarawy made no error in powering it into the net.

Earlier in the game, Lorenzo Insigne gave Napoli the lead in the 11th minute from a penalty although the ‘keeper dived in the correct direction. With the draw, third-placed Napoli finds themselves four points behind leaders Milan as only five matchdays remain in the 2021-22 season of Serie A.