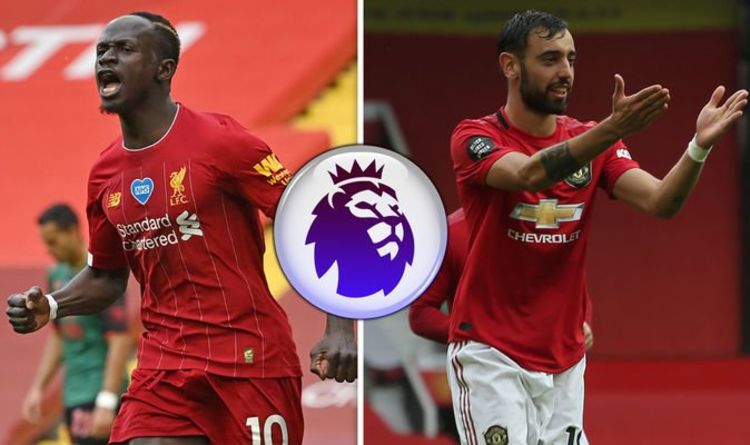 We will see a big North West Derby for the first place between two powerful teams with a long history of the rivalry.

“Liverpool and Manchester United are the two most successful sides in English football, I’m sure that won’t change in 20, 30 years’ time. They are the two biggest clubs in this country, that will never change, I have no doubt about that.”

“I actually think it’s a bigger game for Liverpool, the onus is more on them,”

Carragher continued to talk about the game.

“If United got a result there, that’s when the belief would come that they could win the league. I still think people think United may fall away and Liverpool have still got that edge, but if they won at Anfield that would send shockwaves through the Premier League,”

“It’s a game where Liverpool need to show they are the champions, they are the better team, get the result and also a performance that puts Manchester United back where they are.”

Liverpool are unbeaten in their last 67 league matches at Anfield, this is the best home record in the league (7 wins and 1 draw in 8 last matches at home).

But as a fact, Manchester Utd have the best away record in the division, they have won 11 of their last 12 away matches. Battle of the Titans.

Both teams have certain problems.

Liverpool are going through the traditional mid-season recession, it is exacerbated by injuries of key players. The absence of Jota can be an easy issue to deal with, but the injury of Virgil van Dijk has hit Jurgen Klopp’s team too hard. Moreover, this is not the only injured central defender. Recently we saw Fabinho and Henderson in the center of defense, not a solid option for a top match.

But the problem above is something Liverpool can cope with against Man Utd. The thing is that MU have won with a 1 goal margin in their last 3 Premier League matches. Looks like they have some troubles with the realization.

Still, United should be confident of being able to exploit Liverpool’s defensive woes but it’s difficult to long beyond their immense record at home, even if they aren’t playing well at the moment.

Liverpool: Joel Matip is touch and go for Liverpool as it said on the official team website, Rhys Williams, Nat Phillips and Jordan Henderson are good to go too. Thiago can finally make his home debut for Liverpool this Sunday after making each of his first five appearances for the club on the road.

Manchester United: Paul Pogba showed a decent performance last matches and has surely played his way into the starting XI on Sunday. He can join Fred and Scott McTominay in the midfield. Harry Maguire came through the midweek trip to Burnley without a yellow card and can therefore face Liverpool at Anfield. Anthony Martial picked up an injury scare at the end of their win over Burnley but is reportedly fine and set to feature here. Eric Bailly actually deserves to start against Liverpool even if Victor Lindelof is fit to play. Also, after a three-game ban, Cavani is motivated to kick on and this type of derby with Liverpool is the type of match that suits him perfectly.

Liverpool are undefeated in 10 of their last 11 matches against Man Utd in all competitions. But Manchester United lead in the head-to-head record between the two teams, with 80 wins to Liverpool’s 67; the remaining 57 matches have finished as draws.

This is one of the most finely-poised meetings between these two great rivals in recent memory. It will be a tough game with a lot of competition mainly in the center of the field, but things could change after the first goal, the game could become much more energetic and active. It is a match that could realistically go either way. Still, Manchester could be happy with a draw, while Liverpool need to show their class and take all three points.

Be sure to leave your score prediction in the comments below.