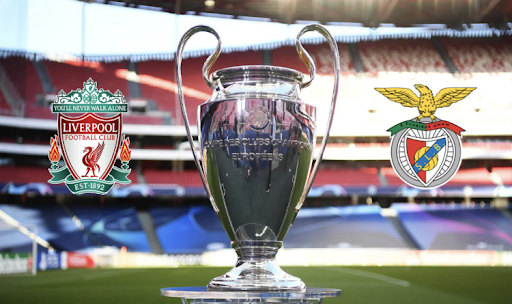 Liverpool will host Benfica at Anfield in the UEFA Champions League quarter-final, second leg. The match will take place on March 14, beginning at 00:30 IST.

Liverpool have all but settled all doubts after the first match. The Merseysiders won 3-1 at Benfica to be in harmony before the crucial title-deciding upcoming clash against Man City.

As it was, no one was expecting anything different from such outcome. We should note that Benfica put up a good fight and also created good chances, but Liverpool are still on a completely different level – this victory thanks to class will help in the second leg, where they now have an opportunity to think about saving the energy and resources for EPL race. If they manage to net quick in the very beginning – this means a game goes to bad with a full carte blanche on the table of Klopp.

Last Sunday, Liverpool had a vital match against Manchester City a it was mentioned above. The encounter at the Etihad ended in a 2-2 draw. Jurgen Klopp’s team were twice behind in the course of the game. And the result, given the way the game unfolded, could be regarded as a great success for the Mersesayders. The game was very tense and entertaining, maximum concentration and energy – this will have an impact before the UCL game, some footballers will be a bit tired.

Benfica had a pretty good plan for their home game against Liverpool. But, as expected, the Portuguese were unable to cope with, perhaps, best attacking trio in the world.

Luis Diaz‘s goal was likely to be the key one. The Colombian scored a few minutes before the final whistle, giving Liverpool a comfortable two-goal lead before the game at Anfield.

It is clear that Benfica do not have enough manpower to make a comeback on Liverpool’s pitch. And remember, Anfield is a scary place to visit for any team, the atmosphere and aura could simply disarm the whole squad if they have any issues with confidence. Sometimes it seems like Liverpool have a significant boost when playing at home – the stats speak for themself. Their recent 68-match unbeaten streak at Anfield ended only with a sudden 1-0 defeat to Burnley in January.

Benfica’s main problem is the persistent mistakes in defence, which have resulted in them losing their chances of winning the Portuguese league title.

Statistical preview of the match Liverpool vs Benfica:

“I don’t know [how they approach the game], but what I know is what I would do: I would go for it, full throttle. I would go for it, put us under pressure, try to score early, if not, try to score a bit later. That’s what you do and that’s what we expect. Benfica respected us before, how we respected them before the game. But during the game I’m pretty sure Benfica felt, ‘OK, here and there, it was quite good, we were close.’ But now, bad news for Benfica – it’s Anfield. It’s Anfield and they don’t only play against us, they play against the whole crowd. It’s cool in a specific way but we hope we can use that. I said it a couple of times, we want to be the one team nobody wants to play against, that’s what we want to be. And hopefully we can be that tomorrow night.”

“If we score a goal first, the tie or the course of the game can change, we go with that ambition. Despite the defeat in the first leg and the difficulties we will encounter, because we will play against one of the best teams in the world, we believe in what we did [in the first leg at Estádio da Luz] and there will be space that we can exploit. We must be very effective in our finishing and very solid in our defensive process.”

“Looking at Liverpool, we must control all their dynamics, because of the quality of play and individuality they have. The goal is to outscore Liverpool, our approach must be very balanced. We can’t throw ourselves into the game too openly, we must be able to hold out because Liverpool will want to decide the game in the first few minutes. Our moment, opportunity, and goal will come. It will be difficult, but we believe it is possible.”

For the home side, it is the fact of reaching the next stage that matters, and whether the result will be achieved through a minimum defeat or a draw is a second question. The Liverpool side, emotionally drained after Sunday’s duel with City, are likely to ‘dry out’ the game as much as possible and, by catching the Eagles’ mistakes, quietly progress to the next stage.

We say: At least one team will have the individual match total over 3 – No.