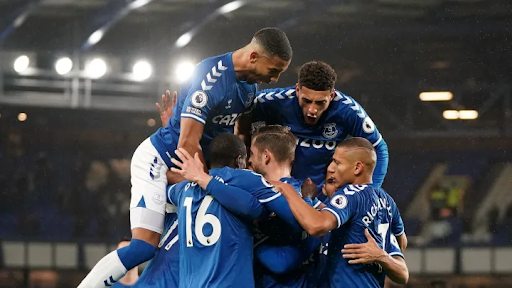 This will be an extremely crucial game for Everton

Leicester City will take on Everton in the upcoming match of the 2021-22 Premier League season at the King Power Stadium on Sunday. This is a must-win game for Everton, given that they are currently among the prime candidates to get relegated, while Leicester City will try to climb up the standings and enter the top ten.

Leicester City has had a stop-start season. They are currently struggling in 11th place with 42 points from 33 matches. While European slots seem to be way too far for them to chase, the Foxes will at least want to be a part of the top half of the standings.

On the other hand, Everton has had a horrendous season so far and their troubles can be understood by looking at their current position in the standings – 18th. The Toffees have accumulated only 32 points from 33 matches.

Leicester City had a decent start to their campaign as they lost only three of their first nine matches. However, consistency has been a problem for them all throughout the season and though we have arrived at the business end of the season, they have not won three league matches on the trot.

The slump continued till February, as between their 10th to their 23rd fixture, Leicester City won only three matches. Brendan Rodgers’ men turned things around in March as they won four of their next six fixtures, but for the umpteenth time this season, they failed to encash on the momentum and are coming into this fixture on the back of four winless games.

Their current condition might not suggest that, but Everton had a great start to their season as they lost only one of their first seven matches. However, what followed was beyond a nightmare, as the Toffees lost 17 of their next 23 matches.

Having that said, things have looked slightly better for Frank Lampard’s team in the last four matches, where Everton has lost only one match but has registered two victories, both of them coming against big teams in Manchester United and Chelsea.

Everton has the edge when it comes to head-to-head records. They have won 44 matches against Leicester City, while the Foxes have emerged victoriously on 38 occasions. Besides that, these two sides have played 34 stalemates.

The previous occasions where Everton and Leicester City crossed paths produced a 1-1 draw. Harvey Barnes opened the scoring for the Foxes in the 5th minute, but just as when it seemed that the game is all set and done, Richarlison snatched a point for the Toffees with his 92nd-minute equalizer. 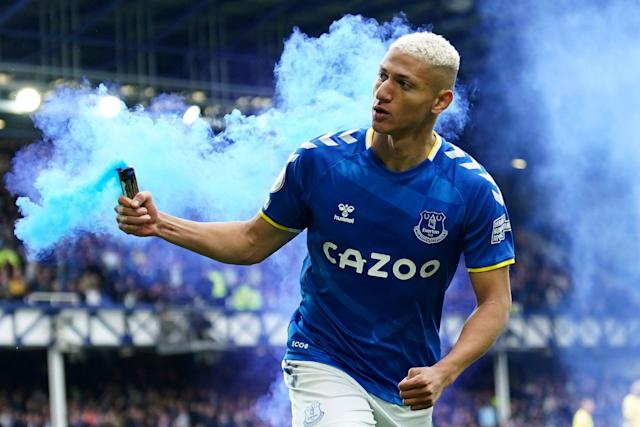 Rodgers will miss only two players in this fixture. Full-back Ryan Bertrand is out with a knee injury, while defensive midfielder Wilfred Ndidi is also out with the same problem. Both of these players are likely to feature again only in the next season.

Leicester City is likely to stick to their 4-3-3 formation. James Justin, Daniel Amartey, Caglar Soyuncu and Luke Thomas are expected to form a four-man backline, playing in front of Kasper Schmeichel. Boubakary Soumare, Ferland Mendy and Kiernan Dewsbury-Hall could be entrusted with the task of controlling the tempo in the midfield, while the attacking trio is expected to be comprised of Ayoze Perez, Kelechi Iheanacho and Barnes.

Lampard will miss five players in this match. Nathan Patterson is out with an ankle issue, while the midfield duo of Donny van de Beek and Andre Gomes are out with groin injuries. Besides them, Ben Godfrey and Andros Townsend are also currently in the treatment room.

The Toffees are expected to line up in a 4-3-3 formation in this fixture. Jordan Pickford is expected to be their last line of defense, playing behind a backline comprising Seamus Coleman, Yerry Mina, Mason Holgate and Vitalii Mykolenko. Abdoulaye Doucoure, Fabian Delph and Alex Iwobi are likely to be stationed in the middle of the park, while Anthony Gordon, Richarlison and Demarai Gray will be leading the lines.

Though Leicester City looks much better on paper, Everton has the upper hand in current form. Momentum will be on the Toffees’ side in this fixture, and hence, we have predicted a 2-1 Everton victory.