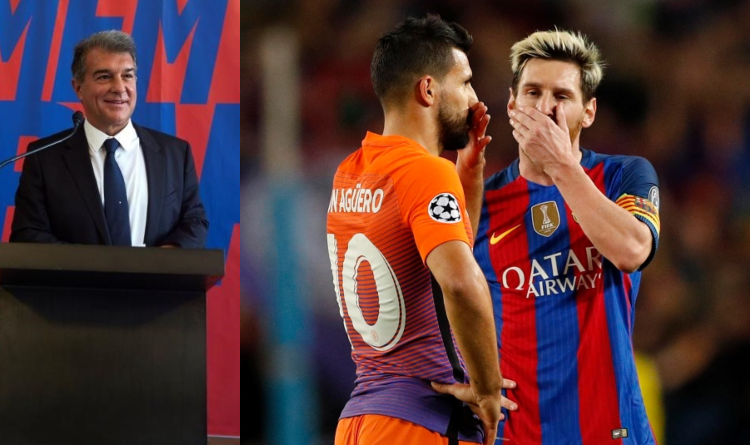 The Cityzens striker Sergio Aguero, who is yet to extend his contract, is reportedly exploring his options outside of Etihad Stadium. With his current deal expiring in June, the 32-year-old is officially free to contact non-English clubs over a potential move. The Argentina international and his agents have already met Barcelona’s newly-elected president Joan Laporta, sources in Spain report.

Injuries and coronavirus are darkening Aguero’s 10th season at Etihad. From September till December, he missed eight Premier League matches due to a knee injury which allowed him to play only 110 minutes without scoring a single goal. After playing only for 31 minutes, the forward tested positive COVID-19, hence was sidelined for seven more league matches. Aguero managed to score his season debut Premier League goal on Saturday as Pep Guardiola’s side gained an away 3-0 victory over Fulham.

Earlier this month, the head coach shed some light on Sergio’s future:

During his election campaign, Barcelona’s new president Laporta claimed that his first priority is to keep Lionel Messi at the club. Six-time Ballon d’Or winner’s future remains uncertain since August 2020 when he informed the club of his intention to leave yet changed his mind shortly after. According to many sources, the 32-year-old is expected to call time on his Blaugrana career at the end of the season. Targeting Aguero appears to be the board’s sophisticated plan as Aguero and Messi have been close friends both on and off the pitch since their Argentina youth national team days.