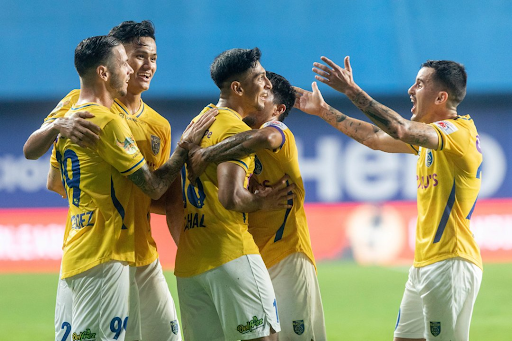 Kerala Blasters will be eager to get back to winning ways

Kerala Blasters and Chennaiyin will cross swords in the much-awaited Southern Derby in ‘Match 102’ of the 2021-22 Indian Super League season. The Marina Machans are already out of the semi-final race, whilst this could be a make-or-break game for the Tuskers.

Kerala Blasters were once sitting handsomely at the top of the table, but the recent weeks have not been fruitful for them. With 27 points from 17 matches, the Tuskers are currently placed in the fifth position of the standings.

On the other hand, Chennaiyin too were once occupying pole position but a horrendous second half of the season has ruled them out of the semi-final race. The Marina Machans are toiling in eighth place, having accumulated 20 points from 18 matches.

Kerala Blasters will be desperate to get back to winning ways in this match as they have picked up only a solitary point from their last two encounters. In their previous matches, Ivan Vukomanovic’s men were handed a 2-0 defeat by league leaders Hyderabad.

The Tuskers came agonizingly close to winning the preceding game against ATK Mohun Bagan, but a last-minute equalizer snatched a couple of points from their grasp. However, before facing the Mariners, Kerala Blasters won 2-1 against NorthEast United despite playing the last quarter with ten players.

Nothing has gone in Chennaiyin’s favor in the last few weeks, as they are among the two teams to have not won any of their last five matches. From their previous three fixtures, Syed Subir Pasha’s team has gathered one point.

The Marina Machans were handed a 4-1 thrashing in their last outing against Jamshedpur. Though they drew 2-2 against Odisha before taking on the Red Miners, the preceding game saw them receiving a 5-0 humbling by Goa.

Chennaiyin has the edge when it comes to head-to-head records, as they have won six of the 17 matches against Kerala Blasters. The Tuskers have had the last laugh on four occasions, whereas seven matches have ended in stalemates.

The first meeting of this season saw Kerala Blasters registering a comfortable 3-0 victory. Jorge Pereyra Diaz, Sahal Abdul Samad, and Adrian Luna were on the scoresheet for Vukomanovic’s team. 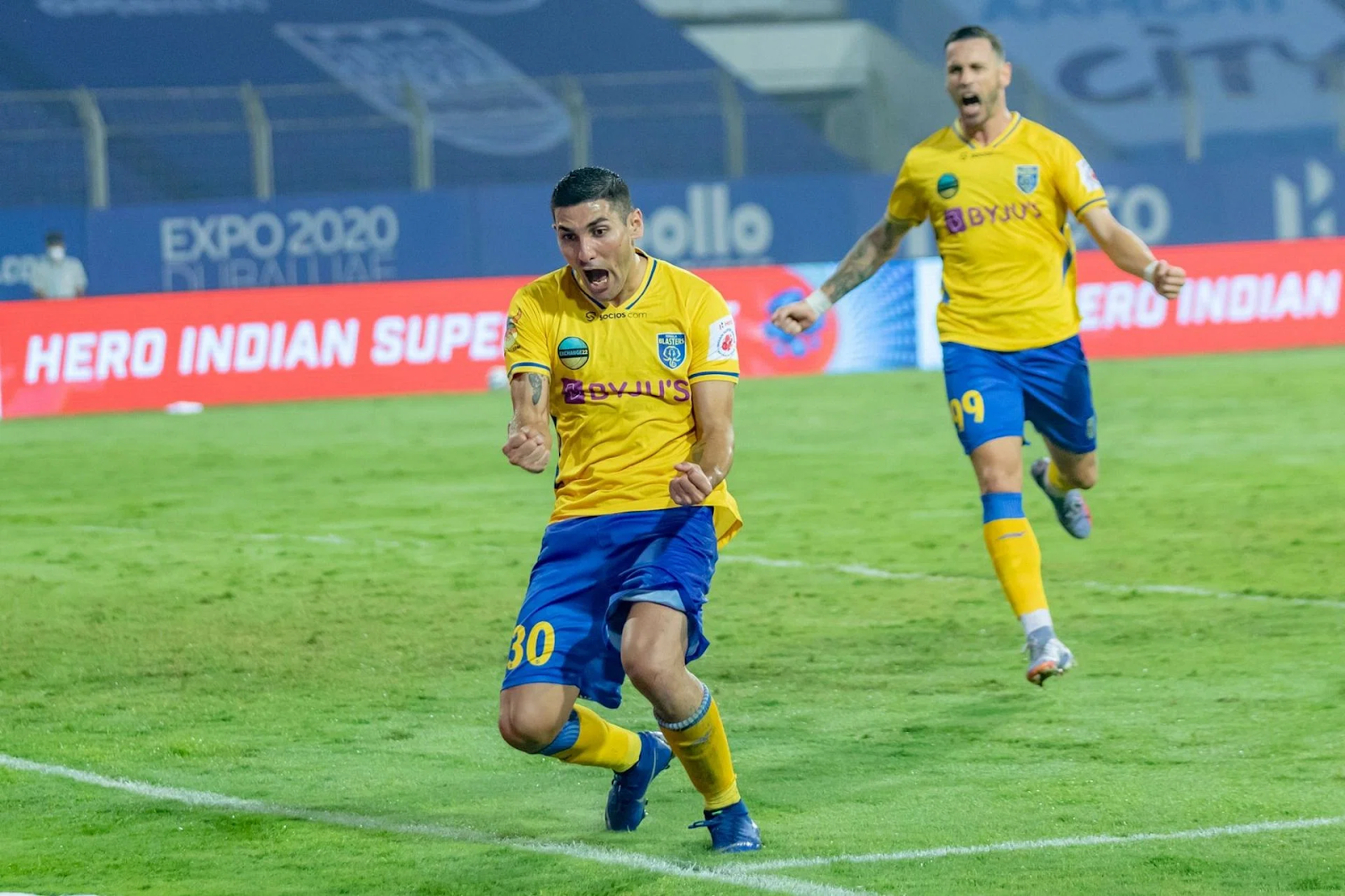 Vukomanovic is expected to make two changes to the team that lost 2-1 against Hyderabad. Full-back Sandeep Singh, who will be available for selection after serving his one-game suspension, is likely to replace Sanjeev Stalin.

Besides that, the Tuskers will also be bolstered by the return of Diaz, who also had to serve a one-game suspension against the Nizams. The Platense loanee is likely to replace Chencho Gyeltshen upfront.

Pasha is likely to make four changes to his starting XI after a disappointing 4-1 defeat against Jamshedpur. In defense, Reagan Singh is likely to make way for Jerry Lalrinzuala as he was taken for a ride by Ritiwik Das in the previous outing.

Ninthoinganba Meetei sustained an injury in that match and could make way for Edwin Sydney Vanspaul, whereas Germanpreet Singh is likely to come in for Ariel Borysiuk, who has been suspended for a match for picking up four yellow cards. Besides that, Kyrgyz attacker Mirlan Murzaev is likely to replace Vladimir Koman.

Kerala Blasters might not have been at their best in the recent weeks, but they certainly are a better side on paper as compared to their opponents. Hence, we have predicted a 2-1 scoreline in favor of the Tuskers.