League leaders Kerala Blasters will square off against ATK Mohun Bagan in ‘Match 66’ of the 2021-22 season of the Indian Super League at the Tilak Maidan Stadium on Thursday.

Ivan Vukomanovic has done a phenomenal job of rejuvenating the Kerala Blasters team and taking them to a place they have not been in the last seven years – top of the table. The Tuskers have accumulated 20 points from 11 matches.

On the other hand, ATK Mohun Bagan is also steadily climbing up the ladder after a rather disappointing start. With 15 points from 9 matches, the Mariners are currently occupying sixth place in the league standings.

Kerala Blasters will be oozing with confidence coming into this match, as they are unbeaten in their last ten games and have won their previous two. Vukomanovic’s men handed Odisha a 2-0 defeat in their last game.

The match before that against Hyderabad saw the Tuskers grinding out a narrow 1-0 triumph, courtesy of an Alvaro Vazquez goal. It was an important win for them as only a week ago, a struggling Goa side restricted them to a draw.

Like their opponents, ATK Mohun Bagan also has gathered 7 points from their previous three outings. The Mariners played out a 2-2 draw in their last match against Hyderabad, while they won the two encounters before that.

Juan Ferrando’s men triumphed 2-1 against Goa, thanks to goals from Roy Krishna and Liston Colaco, while Colaco and Hugo Boumous were on the scoresheet in the 3-2 win against NorthEast United.

ATK Mohun Bagan has an exemplary head-to-head record against Kerala Blasters, as they have emerged victoriously on all three occasions where these two sides have crossed paths.

The first meeting of this season saw the Kolkata giants registering a 4-2 triumph. Hugo Boumous’ brace, Roy Krishna’s penalty, and Liston Colaco’s strike comprised the Mariners’ four goals, while Sahal Abdul Samad and Jorge Pereyra Diaz were on the scoresheet for the Tuskers. 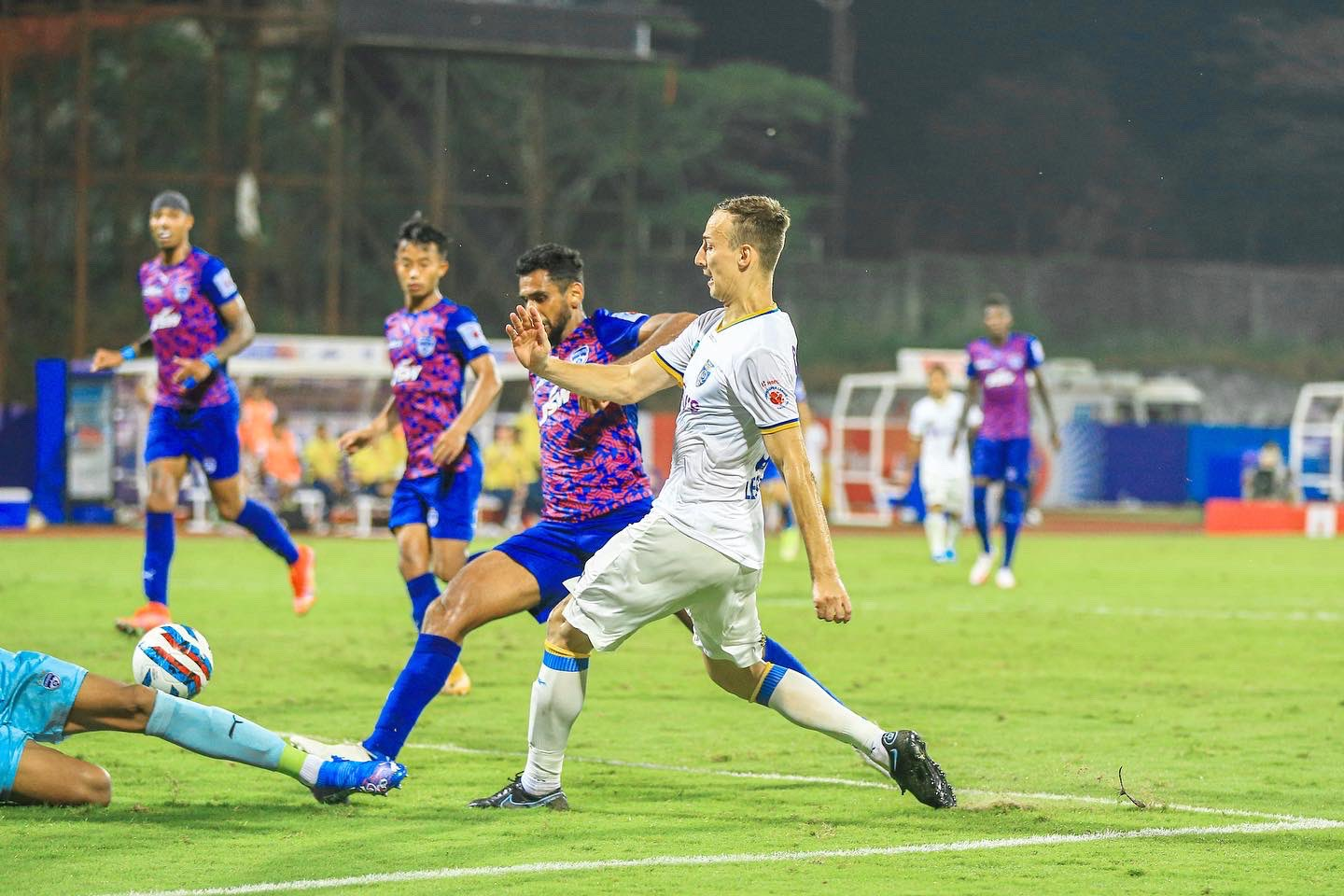 Marko Leskovic could be back in Kerala Blasters’ central defense

Kerala Blasters had their last game against Mumbai City postponed since a number of players were unavailable for various reasons. Provided they are available for this match, Vukomanovic is likely to stick to his preferred starting XI.

However, we could see one change in central defense. Marko Leskovic missed the previous match against Odisha owing to a minor injury, but he could reclaim his place in the team with Enes Sipovic dropping to the bench.

Ferrando is likely to make three changes to the ATK Mohun Bagan team which drew 2-2 against Hyderabad. One of those changes will be a forced one, as Joni Kauko is likely to replace Hugo Boumous who will have to serve a one-match suspension after picking up four yellow cards.

Besides that, Subhasish Bose is expected to replace Prabir Das in the left-back position after the latter’s subpar display against the Nizams, while in the middle of the park, Lenny Rodrigues might come in for Deepak Tangri.

Given their spectacular run of form, it seems that Kerala Blasters are capable of getting the better of any team they come up against. Hence, Vukomanovic’s men have every chance of scripting history in this match by beating the Mariners for the first time. We have predicted a 2-1 scoreline in the Tuskers’ favor.