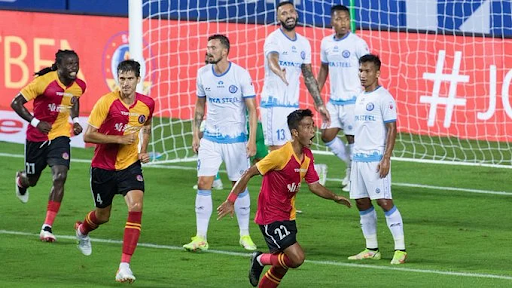 Both teams will be confident coming into this match

‘Match 57’ of the 2021-22 season of the Indian Super League will see Jamshedpur squaring off against East Bengal at the Athletic Stadium on Tuesday.

Owen Coyle’s Jamshedpur has had a decent campaign so far having won four and drawn as many in their ten matches. With 16 points in their account, the Red Miners are placed at the fourth position in the league standings.

On the other hand, East Bengal has not lived up to the expectations as they are the only team yet to register a victory in the ongoing ISL season. The Red and Golds are laboring at the very bottom having accumulated only 6 points.

Jamshedpur will come into this match with their heads held high, as they registered a 3-2 win over NorthEast United in their last match, courtesy of goals from Jordan Murray, Boris Singh, and Ishan Pandita.

It was a crucial win for Coyle’s men as they were handed a 1-0 defeat by Chennaiyin before facing the Highlanders while the match preceding that against Kerala Blasters ended with a 1-1 scoreline. Greg Stewart’s effort helped Jamshedpur secure a lead against the Tuskers but Sahal Abdul Samad restored parity later in that match.

Despite their current position in the standings, confidence will be high in East Bengal’s camp too as they are unbeaten in their last three fixtures. The Red and Golds showed exemplary determination and character to grind out a 0-0 stalemate against reigning champions Mumbai City in their previous outing.

Before that, they held Bengaluru to a 1-1 draw where Thongkhosiem Haokip opened the scoring for the Kolkata-based team but a Sourav Das own-goal prevented them from securing their first win of the season. The scoreline was similar in the game preceding that against Hyderabad.

East Bengal is slightly ahead on head-to-head records as they have won one of the three matches against Jamshedpur while the other two meetings ended in draws.

One such stalemate was played out in the first meeting of this season which produced a 1-1 scoreline. Franjo Prce scored the opener for the Red and Golds but Peter Hartley’s equalizer helped Jamshedpur rescue a point. 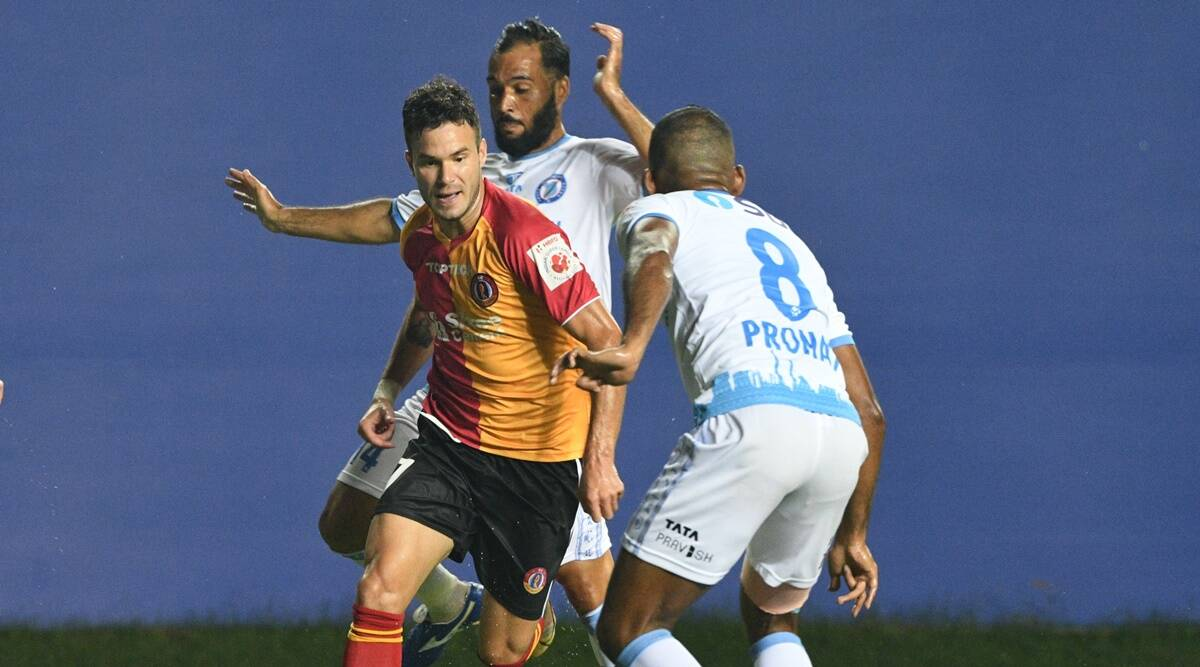 Though his team won their previous match against NorthEast United, Coyle’s decision of playing an all-overseas pairing of Eli Sabia and Peter Hartley in the heart of defense did not produce the desired solidity as they conceded two goals nonetheless.

Hartley could make way for Narender Gehlot in this match freeing up an overseas slot for the former Burnley manager which can be utilized by replacing Jitendra Singh with Alex Lima at the middle of the park.

After a spirited performance against the Islanders, interim head coach Renedy Singh would have preferred fielding an unchanged East Bengal starting XI for this match but two of his key players in Joyner Lourenco and Amarjit Singh Kiyam sustained injuries in that encounter. Ankit Mukherjee is expected to replace the former while Dutch midfielder Darren Sideol can be introduced in Amarjit’s place.

Croatian striker Antonio Perosevic will also be available for selection after the reduction of his suspension period and he is expected to replace Daniel Chima Chukwu who has left the club according to several reports.

East Bengal has proved to be a tough nut to crack in their recent fixtures but Jamshedpur’s fiery attacking duo of Greg Stewart and Jordan Murray have enough quality to overcome the upcoming challenge. Hence, we have predicted a 2-0 win in favor of the Red Miners.