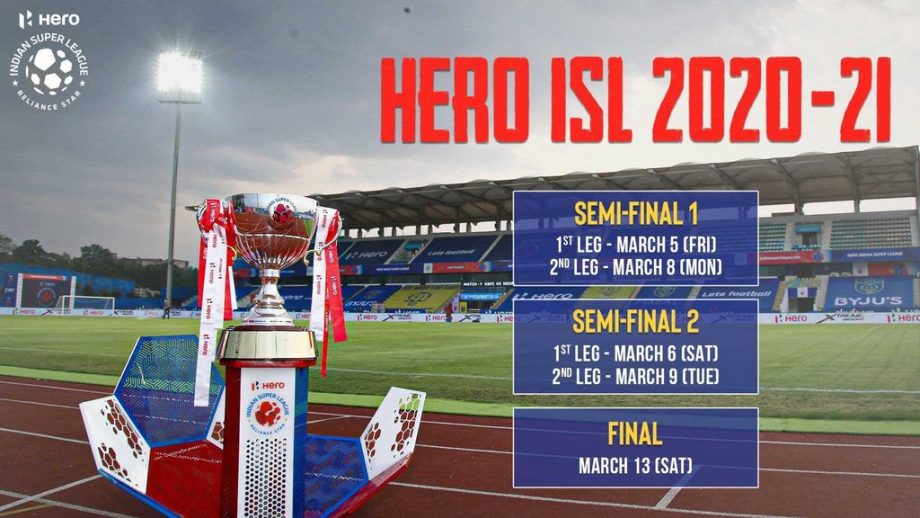 The dates and venues of the semi-final matches and the grand finale for the Indian Super League 2020-21 season has been announced by Football Sports Development Limited (FSDL).

The ‘Away Goal’ rule has been scrapped for the ongoing seventh edition of the ISL and the two legs will be played at neutral venues. The team with the ‘highest goal aggregate’ at the end of the two legs will progress to the big finale scheduled for 13th March (Saturday) at the Jawaharlal Nehru Stadium in Fatorda.

Currently, ATK Mohun Bagan FC and Mumbai City FC have qualified for the semi-finals with Hyderabad FC, FC Goa, and NorthEast United FC fighting it out for the remaining two slots whilst Jamshedpur FC and Bengaluru FC also have an outside chance of making it to the playoff stages.