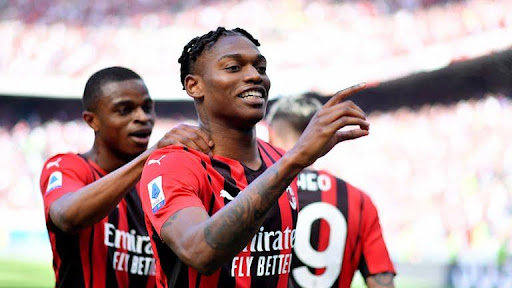 There were no surprises at the top in Matchday 35 of Serie A 2021-22 as Inter and Milan picked up slender one-goal victories over Fiorentina and Udinese respectively to ensure the Scudetto race goes down to the wire. Although Milan holds a two-point lead over Inter, they can’t take matters lightly in the business end of the league.

Cagliari’s ambitions to stay afloat in the Serie A suffered a mighty blow as they lost 1-2 to ninth-placed Verona. The visitors broke the deadlock in the 8th minute through Antonin Barak’s first-time shot.

The Gialloblù doubled the lead just before half-time when Gianluca Capriari made the most of a napping Cagliari defense to smother the ball into the bottom corner. Joao Pedro rocketed his free-kick into the top corner in the 57th minute but the home side failed to build on the momentum. 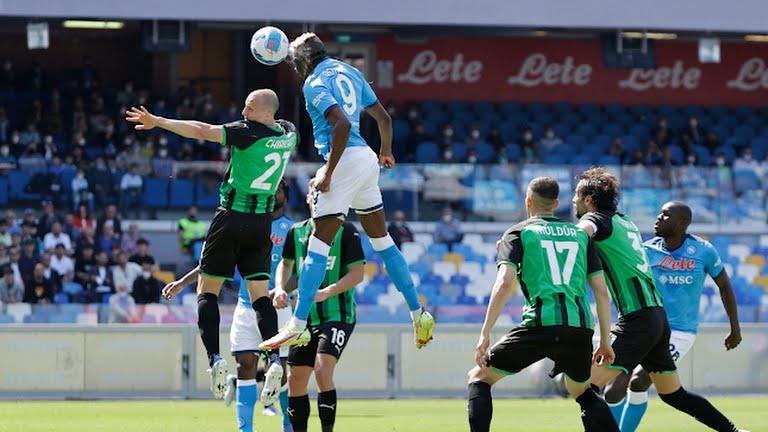 Napoli returned to winning ways by thrashing Sassuolo 6-1. A marauding Kalidou Koulibaly nodded home Lorenzo Insigne’s corner-kick to open the floodgates in the 7th minute and the situation was no different eight minutes later when Victor Osimhen leapt above his marker to double the Azzurri’s advantage.

Napoli scored their third goal when Hirving Lozano tapped home Victor Osimhen’s cross across the face of the goal and Dries Mertens buried their fourth within the first 20 minutes by curling his shot at the near post.

After the change of sides, Mertens found himself again at the end of a cut-back pass from Fabio Ruiz and the Belgian targeted the far post this time to score Napoli’s fifth. Amir Rahmani nestled the ball into the bottom corner to score the sixth goal of the contest as the fans in the Maradona Stadium erupted in joy.

However, a muted celebration followed Maxime Lopez’s goal in the 87th minute as Sassuolo realized it was too little too late.

With ‘Serie A’ survival at stake, Sampdoria came out on top at the Derby of the Lantern by pipping Genoa 1-0. Abdelhamid Sabiri stretched his boots to the maximum to meet Tommaso Augello’s flying cross from the left flank to score the only goal in the 25th minute.

Kelvin Amian Adou sneaked the ball in from close range after latching onto an aerial cross from Petko Hristov to give Spezia the lead in the 9th minute. But, the advantage lasted only 24 minutes as Ciro Immobile banged his penalty into the top corner for Lazio.

However, it took Spezia only two minutes to regain their superiority as Kevin Agudelo dispossessed a defender in his own half and followed it by chipping the ball above the ‘keeper’s head. The change of halves saw Spezia’s keeper Ivan Provedel score an own goal as the ball ricocheted off his back following its collision with the crossbar.

Two minutes later, Petke Hristov angled in Daniele Verde’s cross from a free-kick to put Spezia in the driver’s seat for the third time but Sergej Milinkovic-Savic thumped the ball into the bottom corner to equalise the proceedings in the 68th minute.

Just when it seemed the game would head towards a draw, Francesco Acerbi tipped the ball with the outside of his boot to complete Lazio’s comeback win in the final minute of regulation time. 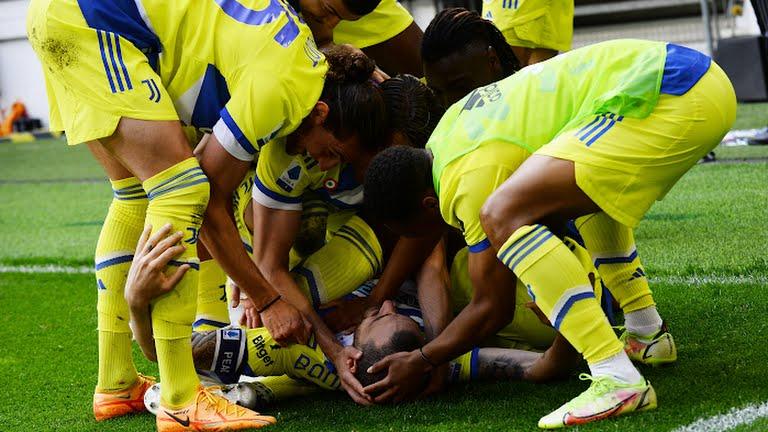 Juventus players celebrate after scoring their second goal against Venezia

Birthday boy Leonardo Bonucci treated himself to a goal by directing Matthijs de Ligt’s headed pass into the net in the 7th minute to put Juventus in the ascendancy. Both the sides had a go at each other but it was Venezia who scored the next goal as Mattia Aramua’s scorching half-volley from outside the box nestled into the net in the 71st minute.

The bottom-placed Venezia became vulnerable in the aftermath of the celebration and Bonucci made the most of their complacency by prodding the ball home with his shin after finding himself at the end of Danilo’s goalbound shot. Juventus are just one point behind third-placed Napoli and sealed a Champions League spot following the victory.

After both Milan and Fiorentina spurned multiple chances in the game, Rafael Leao prevented the contest from ending in a goalless draw by gleefully accepting Pietro Terracciano’s misplaced pass in the final third and bundling it into the net in the 81st minute. Milan requires just seven points from the coming three matches to lift the Scudetto.

A hot-headed contest between Empoli and Torino saw the referee brandishing two red cards to the home side as Andrea Belotti’s hat-trick sealed the game for the visitors. After a drab first half, Empoli took the lead when Szymon Zurkowski’s shot from distance bulged the net in the 56th minute.

But, the tables turned at the hour mark when Valerio Verre was given the marching orders for mistiming his sliding tackle. Torino equalized in the 78th minute through Belotti’s penalty following a handball and Empoli’s problems were only compounded seven minutes later when the referee deemed Petar Stojanovic to have purposefully handled the ball inside the box while trying to block a shot and showed the Slovenian a second yellow card.

The ‘keeper had no answer to Belotti’s rasping spot-kick aimed in the same direction and the 28-year-old completed his hat-trick after firing his shot from close range in the 96th minute.

Ivan Perisic positioned himself perfectly between two defenders to nod home the ball from the near post off a corner-kick to give Inter the lead in a must-win encounter. Lautaro Martinez hit the post from a spot-kick but thumped the ball home with his header off the rebound to double the Nerazzurri’s lead before half-time.

Handanovic produced a fabulous save off a Udinese free-kick but was helpless when Ignacio Pussetto tapped it home from a point-blank range. Inter held on to their nerves to see out the game and walk away with all the three points.

Roma and Bologna played out a goalless draw at the Stadio Olimpico as the defense of both sides stood up to the task against a flurry of shots. Mourinho rested both Tammy Abraham and Lorenzo Pellegrini from the starting line-up as Roma failed to imbibe the cutting edge to remain fifth in the table.