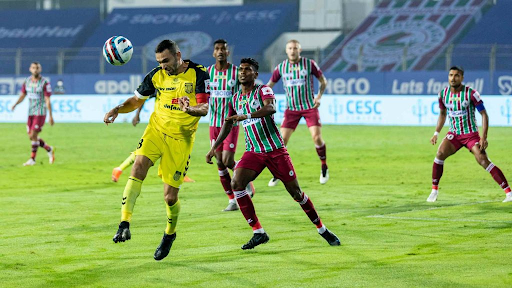 This fixture has never produced a winner

Hyderabad and ATK Mohun Bagan, two teams who are being termed as prime title contenders, will clash in ‘Match 85’ of the 2021-22 Indian Super League season at the Athletic Stadium on Tuesday.

Hyderabad has hardly done anything wrong so far and their current position in the league standings is a testament to their dominance. With 26 wins from 14 matches, the Nizams are occupying first place.

On the other hand, ATK Mohun Bagan might be placed in the sixth position, but they have two games in hand. The Mariners have accumulated 20 points from the 12 matches they have contested in.

Both Hyderabad and ATK Mohun Bagan will be oozing with confidence coming into this match, as they are among the only three teams who have not lost any of their last four matches. The Nizams have won all of their last three fixtures.

Manolo Marquez’s men were at their very best in the last outing against NorthEast United, where they emerged as 5-0 winners. In the two matches before that, they defeated Odisha by a 3-2 margin and East Bengal by a dominating 4-0 margin.

The Mariners have gathered five points in their last three fixtures, courtesy of two draws and a win. In their previous outing, Juan Ferrando’s men were restricted to a 1-1 stalemate by defending champions Mumbai City.

In the two matches preceding the clash against the Islanders, ATK Mohun Bagan won the Kolkata Derby against arch-rivals East Bengal by a 3-1 margin and played out a goalless stalemate against Odisha.

These two sides have always been neck-and-neck with nothing to separate them, as all of the three meetings between ATK Mohun Bagan and Hyderabad have ended in draws.

The first meeting of this season produced a 2-2 thriller, where a David Williams strike and an own goal by Asish Rai comprised the Mariners’ two goals while Bartholomew Ogbeche and Javi Siverio were on target for the Nizams. 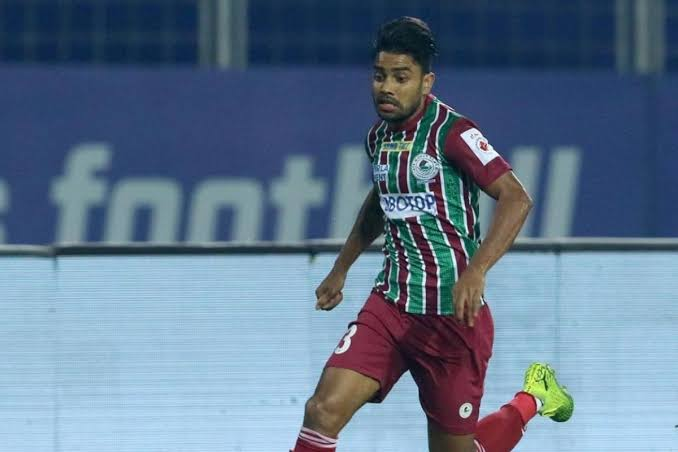 Given the form, his team is in currently, Marquez is unlikely to make any changes to his starting XI, though one or two players are yet to justify their selection. Nim Dorjee Tamang looked a tad shaky in defense against the Highlanders, whilst midfielder Sauvik Chakrabarti was not up to the mark either.

Hyderabad has talented replacements available in Chinglensana Singh and Sahil Tavora but the former Las Palmas manager is expected to give Tamang and Chakrabarti another shot at proving their worth.

Ferrando is likely to make a few changes to his starting XI after the draw against Mumbai City. In defense, Prabir Das is expected to slot in at right-back dropping Ashutosh Mehta to the bench.

Besides Mehta, midfielder Deepak Tangri also had a poor game against the Islanders and could make way for Lenny Rodrigues, while the Derby hero Kiyan Nassiri could be handed a start at Manvir Singh’s expense.

Be it head-to-head statistics, squad strength, or current form, there is no differentiating factor between these two sides. Hence, we have predicted the draw tradition to continue and have gone with a 1-1 scoreline.