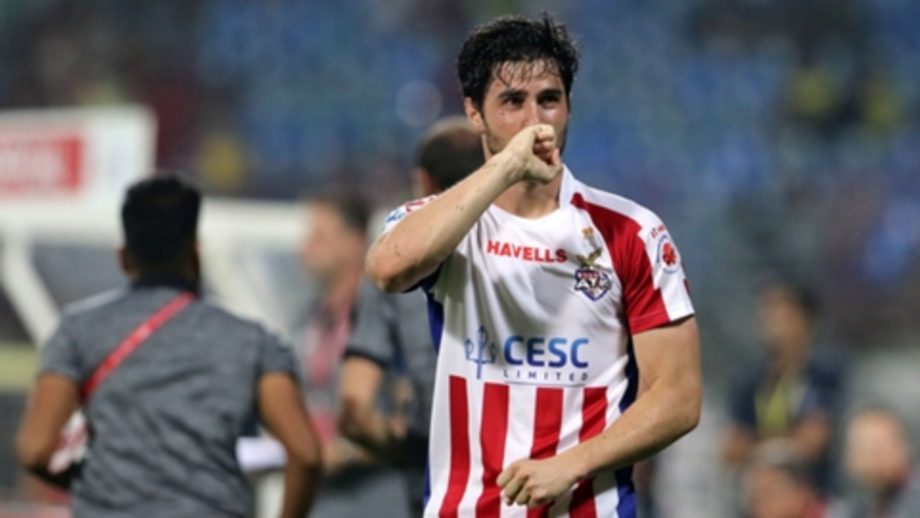 Hyderabad has signed the former Bengaluru and ATK Mohun Bagan attacking midfielder Edu Garcia on a one-year deal until the end of the 2021-22 Indian Super League season.

After signing for the Nizams, Garcia said

“I am very excited to start my journey with Hyderabad. I promise to give my best and help the club grow with my experience and my work. I want HFC to finish as high as possible on the table, and will work hard for that. I will also always try to help the team by giving what the coach wants from me.”

After starting his career with Real Zaragoza B as a teenager, Garcia was a regular in the reserves team of his hometown club scoring 20 goals in 44 appearances before moving to fellow Tercera Division club Ebro. At CD Ebro, Garcia scored his career-best total of 16 goals in the 2014-15 season helping the club in getting a promotion to the Segunda Division B.

Impressed with Garcia’s performances in Segunda Division B, Real Zaragoza came calling for their hometown boy and signed him up ahead of the 2016-17 Segunda Division season. The attacking midfielder was mostly used as a substitute in his second spell with Zaragoza and he scored 2 goals and provided 1 assist in 27 appearances, most of those coming from the bench.

Before the start of the 2017-18 ISL season, Bengaluru signed the talented Spanish midfielder and Garcia scored 2 goals and provided 5 assists in 14 matches before Chinese League One club Zhejiang Energy Greentown signed him for an undisclosed fee.

ATK impressed with Garcia’s performances snapped him up in the midst of the 2018-19 ISL season. The experienced midfielder scored 3 goals and set up 2 goals in only 6 appearances before scoring 6 goals and providing 3 assists in the 2019-20 ISL season including the match-winning goal in the final.

“Edu is a good player and he has lots of experience of playing in India that will certainly help the youngsters in the squad. He can play in central midfield, attacking midfield, and on the wings too. His versatility will be a huge asset for the squad.”