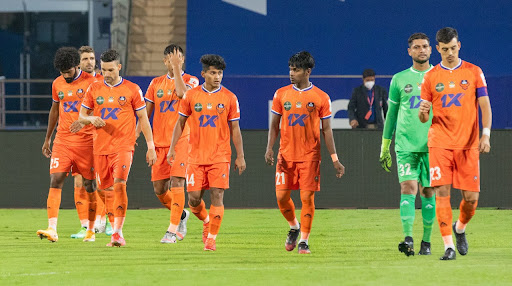 The members departed pertaining to their contract that ended on 31st May 2022. In its official statement, Goa said,

“We would like to thank our departing Gaurs for their commitment and efforts throughout their time with the club. We wish you the best for the future.”

The Gaurs displayed a disappointing performance in the 2021-22 ISL season by ranking 9th in the league with just 4 wins from 20 matches. The sudden departure of the former head coach Juan Ferrando in the midst of the season didn’t help the club’s endeavours but they will be looking to get back on track with the appointment of a former player in the head coach position.

Replying to the warm goodbye on Twitter, Dylan Fox said,

“Thank you Goa, I want to wish the club, fans, and my teammates all the best in future.”

With the arrival of the new head coach Carlos Pena, it is rather unexpected that the Spanish trio of Gonzales, Noguera, and Cabrera is departing the club despite the former two being central to the Gaurs’ plans over the past couple of seasons.

Out of the three departing Spaniards, the duo of Gonzales and Noguera was signed by Goa in 2020. Gonzalez was a rock at the back for the Gaurs and led them to a playoffs place in the 2020-21 ISL season. Across the two ISL seasons, the central defender made 36 appearances scoring 3 goals and assisting 2 goals highlighting his importance on both ends of the pitch.

Like Gonzales, Noguera was one of the first names in the Goa starting XI as he was the key playmaker of the side in the absence of Brandon Fernandes who was struggling with fitness issues over the last few seasons. The midfielder provided 10 assists and scored 4 goals in 39 ISL matches.

Cabrera came in to fill the big boots of ISL Golden Boot winner Igor Angulo but the chances given to the former Cadiz striker weren’t enough as he scored 6 goals and provided a solitary assist in only 13 appearances, 6 of which came from the bench. Fox was given similar treatment as he was in the starting XI on only five occasions after the Gaurs paid a hefty amount to sign the defender from NorthEast United.

Although four key overseas players were released by the Gaurs, the biggest surprise was Indian winger Jesuraj who has scored 3 goals and provided 4 assists in 30 ISL appearances and will now be looking for a new club.

Pena has returned to the club after 2 years and would be looking to kick off his reign as the head coach in fashion. With many key experienced players departing, it has become a bigger challenge for Goa to find suitable replacements in order to make it to the knockout stages in the upcoming season.