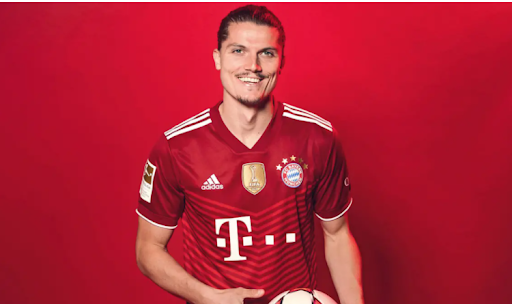 FC Bayern Munich managed to acquire Marcel Sabitzer from RB Leipzig, one of last season’s most threatening opponents for the title. The team captain had only one year left on his contract and was considering further options, including England and Italy, but the club from Munich proved to be the most attractive prospect.

The 27-year-old midfielder signed a contract until 2025 and will play under number 18.

It is noteworthy that Bayern will pay just €15 million plus add-ons for the Austrian.

Sabitzer played at Leipzig under coach Julian Nagelsmann, who heads the Munich club starting from this season. The creative midfielder was an essential part of Nagelsmann’s squad and also showed a great performance at Euro 2020 this summer. Given the excellent relationship between the German and the Austrian, we can expect a continuation of productive collaboration in Germany’s strongest team.

“I’m very happy to be able to play for FC Bayern. Even as a child, my Bayern jersey was my great pride, and every year at Christmas I got a new one. I will give everything for this club, want to win as many games as possible and of course win many titles.”