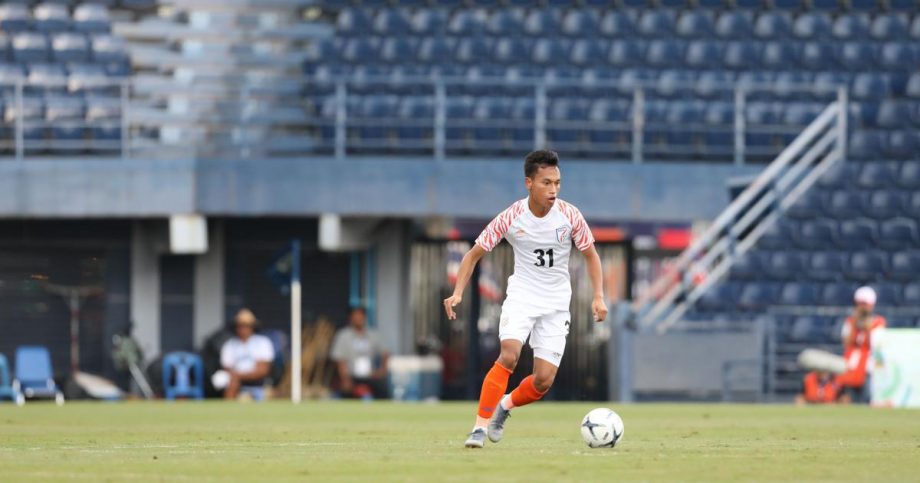 The talented 20-year old midfielder terminated his contract with Jamshedpur FC on a mutual agreement after not getting enough game time under the new manager Owen Coyle.

Ahead of his move to the Goan side, Amarjit praised the club and also thanked his former club Jamshedpur and its fans for the previous two seasons. The 20-year old said,

“FC Goa is a side that I have admired for a long time. This is a great honor to get the opportunity to represent the people of Goa and wear the shirt. I have thoroughly enjoyed my time at Jamshedpur FC and would like to thank everyone at the club, and the fans, for their fantastic support over the past two seasons.”

Amarjit is praised by many as a natural leader on the field displaying his captaincy abilities for Indian Arrows during the 2017-18 and the 2018-19 season as well. The midfielder also captained the India U-17 national team in the historic FIFA U-17 World Cup in 2017.

After playing for the Arrows for a couple of seasons, Amarjit established himself as a mainstay in the Jamshedpur FC midfield during the 2019-20 ISL season making 15 appearances for the club. In the 2020-21 season, Coyle has preferred the likes of Mobashir Rahman and Issac Vanmalsawma in midfield over the talented youngster.

Amarjit was delighted when the Gaurs approached him and is looking forward to lifting trophies and playing in the AFC Champions League with the club. The Manipur-born midfielder said,

“When FC Goa came knocking, I knew this was an opportunity I had to take. I am here to win and Goa has a winners’ DNA. I am excited about the vision of the club. It’s clear to see that the side we are building is one to win trophies. Then there is the AFC Champions League, something that really excites me. I am now looking forward to meeting my new team-mates and hit the ground running.”

FC Goa director of football, Ravi Puskur praised the midfielder’s abilities and welcomed him to the club. He said,

“Amarjit is one of the brightest young talents in the country and has a big career ahead of him. He’s a gifted midfielder who is capable of looking after the ball and has great technical skill. We’re confident he will settle well into our system and will have a big role to play for FC Goa in not just the remainder of the campaign but also in the Asian Champions League as well.”

To replace Amarjit Singh, Jamshedpur FC has signed Boris Singh on a free transfer after the player terminated his contract with ATK Mohun Bagan FC.

The 21-year old right-back made a name for himself playing for Indian Arrows and for the India U-17 national team during the FIFA U-17 World Cup in 2017 but hasn’t made a single appearance for the Kolkata giants since joining ATK ahead of the 2019-20 season. Boris Singh was always behind Pritam Kotal and Prabir Das in the pecking order and could never get game time at the club.

The defender would be hoping to make his ISL debut with Jamshedpur FC during the ongoing Indian Super League season.