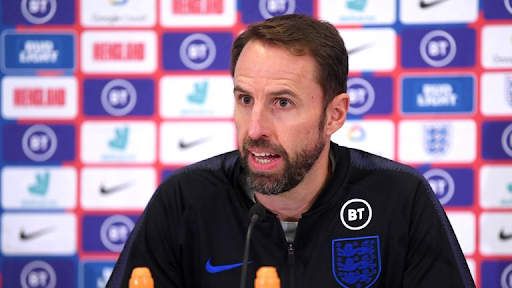 The recent upsurge in the quality of English players has given Gareth Southgate the liberty to experiment with his selections before the big event in Qatar. His squad selection certainly reflects that he won’t be shy when it comes to dropping big names.

Starting with the big news, Manchester United duo Marcus Rashford and Jadon Sancho have been dropped. Ever since returning from Euros, Rashford’s form has been appalling.

Sancho had a similar start to his teammate but his recent form has been somewhat satisfactory. Hence, when asked about his absence, Southgate had the following to say, “The other attacking players in the squad are slightly ahead of him at the moment; Phil Foden, Raheem Sterling, Bukayo Saka, Emile Smith-Rowe, Jack Grealish.”

On the positive side, it is a debut call up for Crystal Palace’s Marc Guehi. The defender’s call up wasn’t on the radar of many people. However, his recent performances for Patrick Viera’s side has caught the eye of the England manager.

Southgate explained his selection by saying, “With Marc, he’s had a really consistent season. We’ve been very impressed with him on and off the ball, in the biggest games he’s been very calm. We know a lot about him through our development teams. He’s a junior World Cup winner”.

The national team have called up four players from the Arsenal camp, the most from any club. The quartet of Bukayo Saka, Aaron Ramsdale, Ben White, and Emile Smith-Rowe have been rewarded for their recent hot form.

Leading the line alongside skipper Harry Kane will be Tammy Abraham who has surpassed the tally of 20 goals in all competitions for Roma.

As the Qatar World Cup approaches this is a golden opportunity for many players in the squad to make a mark and potentially seal their ticket for the mega event. Southgate confirmed that any player in and around the squad will be in contention for the World Cup.