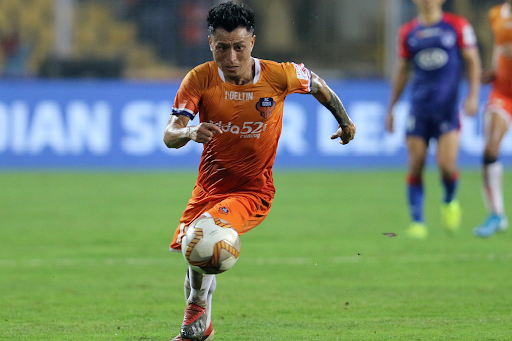 East Bengal has signed Indian international forward Jackichand Singh on loan from Mumbai City until the end of the 2021-22 Indian Super League season.

After signing for the Red and Gold Brigade, Singh said,

“I am absolutely thrilled to be back at East Bengal [now SC East Bengal]. I am thankful to the management for giving me this opportunity to return to this big club. I love the fans here and I can’t wait to take the field in red and gold colors.”

After starting his career with the Army Boys Academy, Singh signed for the Shillong-based football club Royal Wahingdoh and stayed with the club for six seasons. Till 2014, the forward scored 9 goals in 38 appearances in the I-League second division and was one of the key players for the club after their promotion to the I-League. Singh scored 5 goals in 18 appearances in the I-League impressing a number of clubs around the country.

In the inaugural season of the ISL, Jackichand played for Pune City and scored a solitary goal in 9 appearances before switching back to Salgaocar in the I-League where he scored 2 goals and provided 1 assist in 16 appearances.

In the 2015-16 ISL season, Singh signed for Mumbai City and scored a solitary goal in 8 appearances with most of those coming off the bench before a brief spell with East Bengal during the 2016-17 I-League season.

The winger came of age when he represented Kerala Blasters in the 2017-18 ISL season enjoying good returns in the ISL scoring 2 goals and providing 3 assists in 16 appearances.

Goa signed the right-winger ahead of the 2018-19 ISL season and Singh repaid their faith with 9 goals and 7 assists in 40 ISL appearances. After brief spells with Jamshedpur and Mumbai City, the 29-year old is looking for more minutes of the field, and Robbie Fowler would ensure that the Manipur-born winger gets regular game time.