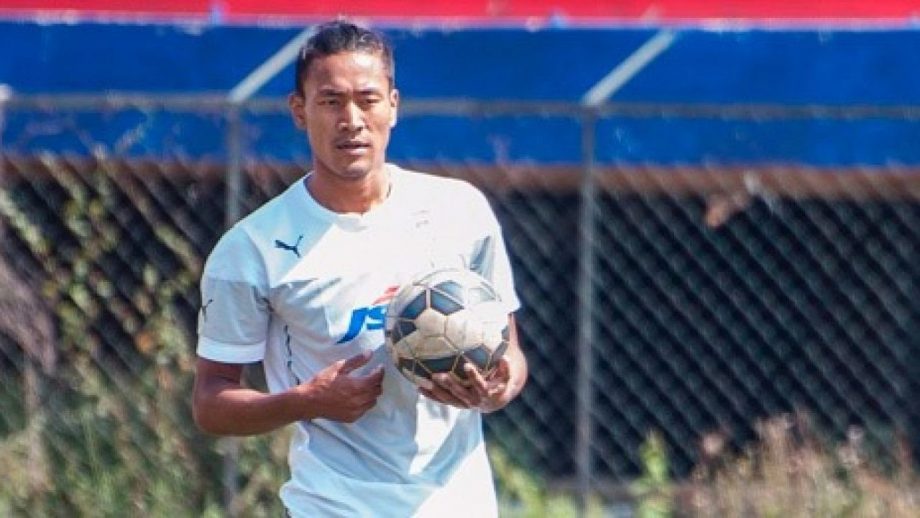 After signing for the Marina Machans, Salam Ranjan said

“It feels amazing to join Chennaiyin FC. My aim is to help the club achieve its goals while garnering as much playing time as possible. Through my hard work and dedication, I hope to establish my place in the squad and give my very best for the club and our supporters. My hunger to perform has never been greater, and I have been focusing on my fitness and self-analysis so as to become a better player and a better professional.”

After starting his career with the now-dissolved Pune FC, the centre-back moved to Bengaluru FC when the club played in the I-League. The 6 ft. 1-inch defender scored his professional goal for the Blues and was part of Bengaluru’s historic AFC Cup campaign as well when the Sunil Chhetri-led team made it to the final of the competition.

Salam Ranjan went on to play for East Bengal for a couple of seasons before moving to ATK where he won the ISL title with the club making a total of 4 appearances in the league season.

“Salam is an Indian talent with huge potential. We are positive he will grow and improve by leaps and bounds at Chennaiyin FC. He will be a quality addition to our squad in central defense. We are really excited to see him in action.”

After a torrid time in the last ISL season, the club seems to have riled up the preparations for the 2021-22 league season. An English coach with the experience of playing in the Premier League is being touted as the new head coach of the Marina Machans.

The club is in talks to sign another Indian defender and the deal is very close to being completed as per our sources. The two-time ISL champions also retained the club captain Rafael Crivellaro whilst key winger Lallianzuala Chhangte is entering the last year of his contract but has not put pen to paper on a multi-year extension.