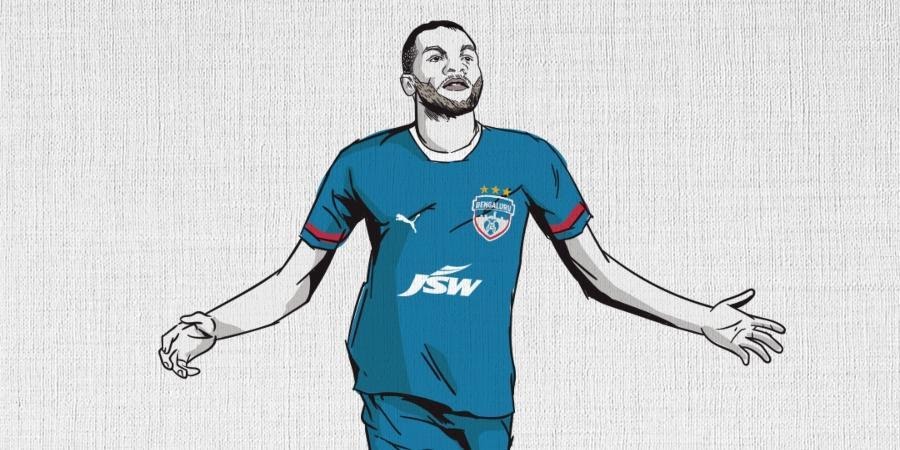 Prince Ibara in the Bengaluru jersey

Bengaluru has signed the Congolese striker Prince Ibara on a two-year deal until the end of the 2022-23 Indian Super League season. The Blues have the option to extend for a further year as well.

After signing for the Blues, Ibara said

“I’m really excited to be part of this team. I consider it as a project and not a business deal. I’ve won a fair few championships and titles in the clubs that I’ve played for but I feel India and Asia is the next challenge for me. That’s the motivating factor. Also, the fact that the coach trusts me to lead the attack is why I’ve picked Bengaluru.”

“That the club is going to be playing Asian competition is one of the reasons I have signed here. I’m not anxious, I’m eager to land and score as many goals as possible for this football club. I did have a few offers from elsewhere, but I felt India was the right project for me.”

Still only 25 years of age, Prince Ibara is a true journeyman in the footballing sense as the striker has already played in the domestic leagues of Gabon, Tunisia, Qatar, Algeria, Belgium, Azerbaijan, France, and will now be representing Bengaluru in the ISL.

Ibara had his best season to date for USM Alger as he scored 9 goals and provided a solitary assist in 23 appearances to help the club win the 2018-19 Algerian Ligue Professionnelle title.

After making his international debut in 2016, Ibara has made 15 appearances for the Republic of Congo and has 4 goals for his nation on the international stage.

BFC head coach Marco Pezzaiuoli praised his latest signing and welcomed him to the club ready to play in the AFC Cup in a few weeks. He said,

“Prince is a young striker who will bring much to the squad. He has the experience of playing in Europe and also for the national team of Congo and that will give us more quality in the squad. Importantly, he has won silverware and will bring that mentality to the side. I would like to welcome him to the BFC family and hope we can achieve success together.”