Barcelona vs Sevilla: Preview and Prediction  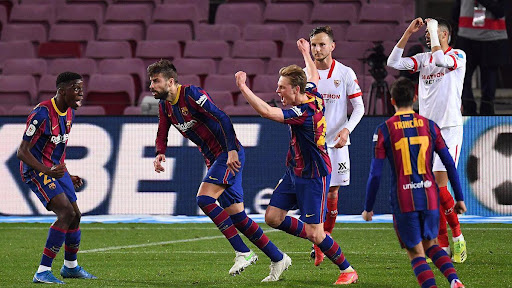 Barcelona is going to lock horns with another Spanish giant, Sevilla in Match Day 30 of the top-flight league. Both combatants will be stepping out on the field of Camp Nou to affirm their claim on the second position in the 2021-22 La Liga standings on Monday.

Barcelona had a rough start to the league campaign under the previous manager Ronald Koeman. But things have changed since the grand comeback of Blaugrana’s favourite culé Xavi Hernandez as the club seems to be on track under the new gaffer. Barca’s practical chances to lift the Spanish league trophy as the table-toppers Real Madrid is a whopping 15 points clear of the arch-rivals.

Sevilla is having a decent league campaign, sitting in the second position under the reign of Julen Lopetegui. The 55-year-old former national team coach has become a fan favourite in Seville after the turnaround of the city’s biggest football club under his leadership. It’s a golden opportunity for the Andalusia-based club to stop Barca’s revolt and also go three points clear of Atlético Madrid who they are currently tied on 57 points. 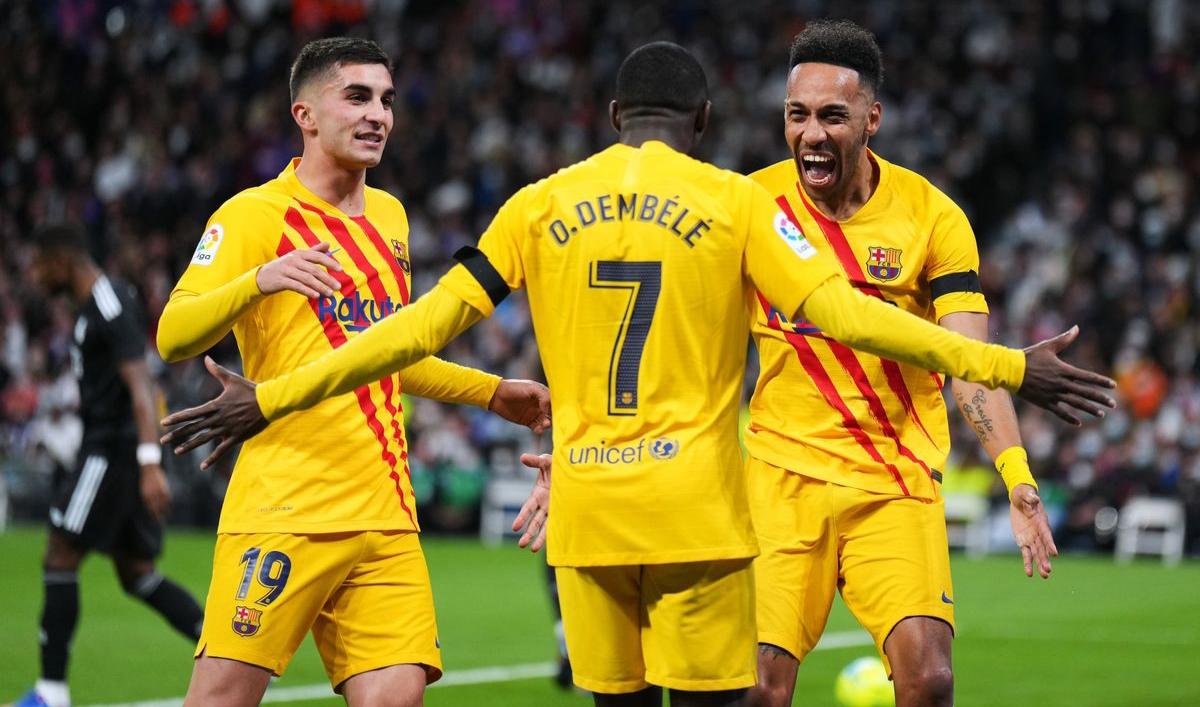 Barca players enjoyed the club’s one of the biggest wins in recent times before dispatching on the national duties. Where FC Barcelona thrashed the arch-rivals Real Madrid on a 4-0  at the packed Santiago Bernabeu crowd. It was a memorable night for the head coach Xavi as Blaugrana trampled the Royal Whites in every aspect of the game, ending their five-match win drought in El Clásico.

The fresh start after the international break has given Lopetegui and his boys an opportunity to obliterate the poor run before the intermission. As they haven’t registered a single win from the last three La Liga fixtures and also got knocked out of Europa League during the period. It also includes a frustrating goalless draw against the bottom-placed Deportivo Alavés side.

The two top Spanish sides have met each other 51 times in the Primera Division while the Catalan club has emerged victorious on 31 occasions. The number of wins registered by the White and Reds (8) is even less than the number of tied fixtures (12) in this rivalry. 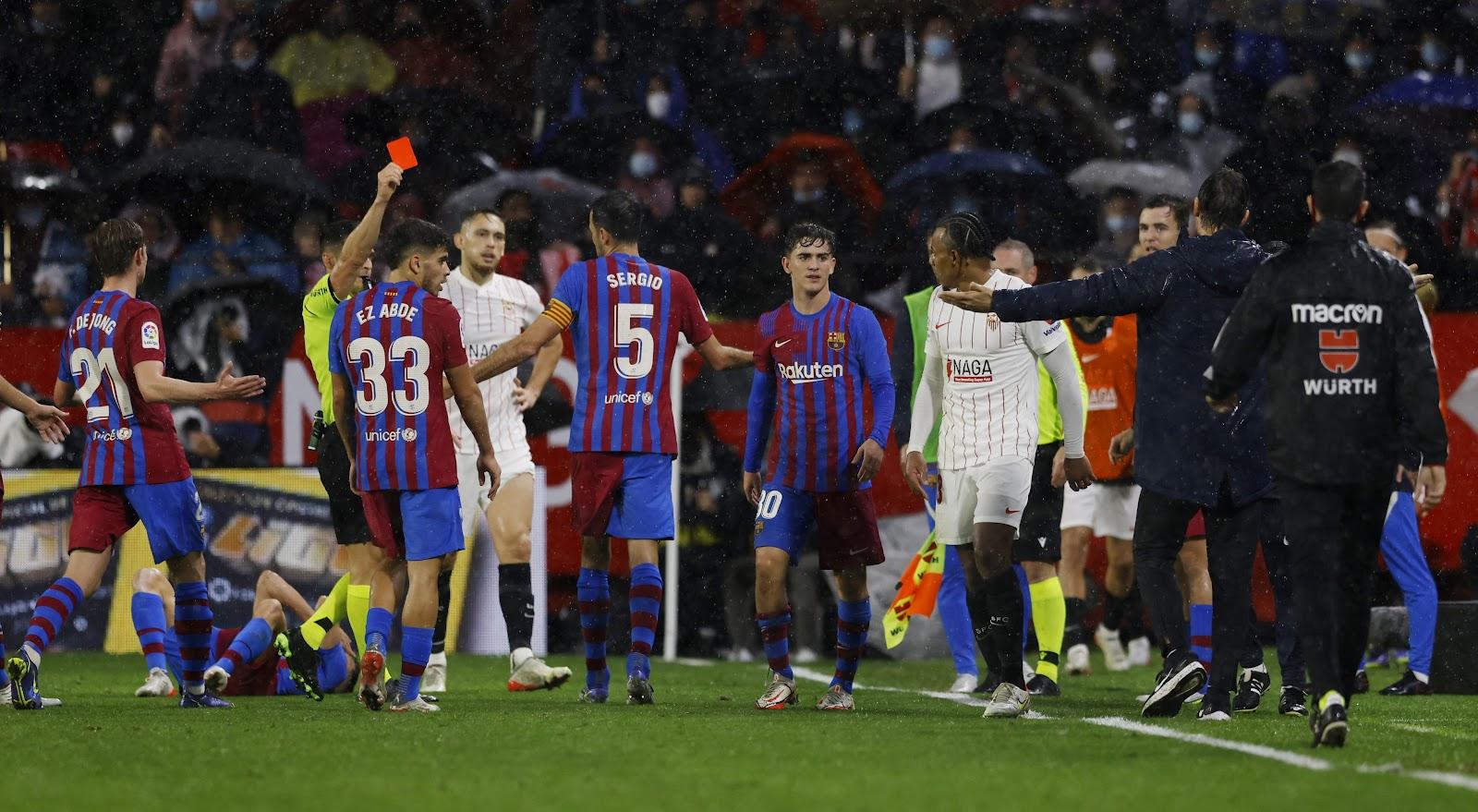 The previous face-off between these two counterparts ended in a 1-1 settlement at Seville’s Ramón Sánchez Pizjuán Stadium. Los Nervionenses managed to hold the visitors despite going down to 10-men in the 64th minute when Jules Koundé was shown a direct red for throwing the ball into the face of Jordi Alba. The circumstances will be heated up when the star defenders of their respective sides will take the same field once again.

Xavi doesn’t have many available options for the right wing-back position as Sergiño Dest and Sergi Roberto are doubtful for the Sevilla clash. The golden boy Ansu Fati has returned to the Barca training after recovering from a hamstring injury picked in January, although his comeback to the matchday action is still a long way to go.

On the other hand, the White and Reds are going to miss the services of Thomas Delaney in the midfield. As the 30-year-old Danish holding midfielder left the pitch in the middle of national duty against the Netherlands owing to a calf injury. Youssef En-Nesyri is expected to make a comeback in the starting eleven along with Anthony Martial who has failed to make any difference in the given chances for the Andalusia-based club.

Without a doubt, Barcelona is the favorite to win this contest in front of the home crowd at Camp Nou. That being said, it won’t be easy for Barcelona to stop Sevilla’s strong counter-attacks through wings and the set-pieces prowess may surprise the hosts as well. It will be a mouth-watering clash for the Spanish football fans as both combatants’ playstyle is quite similar and both of them love to play possession-based football.