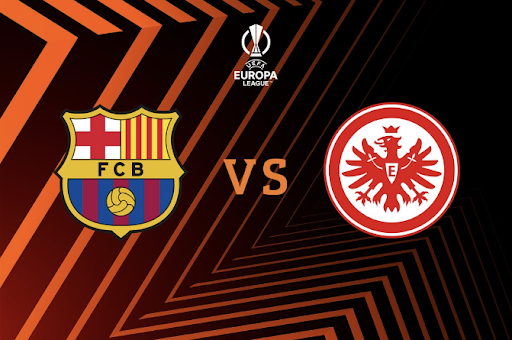 Barcelona will host Eintracht Frankfurt at the Camp Nou in the UEFA Europa League quarter-final, second leg. The match will take place on March 15, beginning at 00:30 IST.

Experts have long declared Barcelona the favourites to win the Europa League and have predicted an easy path to the final, but in practice it is not working out that way. They were tormented by Napoli, then Galatasaray held on 0-0 at Camp Nou and managed to score at home, and in the first leg of the quarter-final, Eintracht played even better than Barcelona, Xavi’s team lucky to snatch a 1-1 draw.

An important match ahead for the Catalans, will the Germans be able to create another Eurocup sensation and stop them?

After relegation from the UEFA Champions League, the Catalans began their journey in the 1/16 finals of UEL and immediately faced a formidable opponent – Napoli – facing a tough challenge. In the first leg at home, Barça drew with them 1-1. And in the second leg they managed to pull off an away win 4-2. The key moment in this encounter were two quick goals scored by Alba and De Jong by the 13th minute. In general, the Spaniards had the initiative and controlled the game, which allowed them to beat the Neapolitans.

In the last eight, there was an unexpectedly difficult encounter with Galatasaray, in which the Spaniards drew 0-0 at home in their first leg. The second leg of the encounter in Istanbul got off to a worrying start for the Catalans, who conceded the ball first, but nonetheless, a constant pressure on their opponents allowed them to get two goals and win the game (2-1).

In the Spanish Championship, Barcelona are on a terrific run, winning seven games in a row. Only recently they have been trailing the top five, but now they are in second place and chasing the leading side Real Madrid, who were beaten 4-0 not so long ago in a head-to-head duel. In the last round of the Primera Division, Barça beat Levante away (3-2).

Eintracht surprised in their home game against Barcelona. That said, it cannot be called a big sensation.

It was not for nothing that the Eintracht players noted that they have at least one good match against Bayern every season.

At times, Eintracht did play better than Barça in the first match, with some very dangerous moments.

But, by all accounts, Eintracht gave it their all. Last Sunday, Oliver Glasner’s team lost at home to Freiburg and now, after 3 games lost in a row, they are only in 9th place.

Despite all the positive reactions following the game against Barcelona, it is worth adding that Eintracht have scored just four goals in their previous six games.

In their first encounter in the Europa League quarter-finals, the teams played out a 1-1 draw. The Germans were the first to open the scoring in the 48th minute, but the Spaniards found the strength to score in the 66th minute to tie the game.

Statistical preview of the match Barcelona vs Eintracht Frankfurt:

In the upcoming game, Xavi’s team will play at home and with the good support of their fans. This factor should have a positive effect on the team’s play and lead the team forward. In addition, Barça are now in great physical shape and possibly that will give a good spectacular game in which we will see a lot of goals. But Eintracht should not be discarded, they are good in the attack and most likely they will score 1 goal, but still in a hard fight we predict victory for the Catalans.