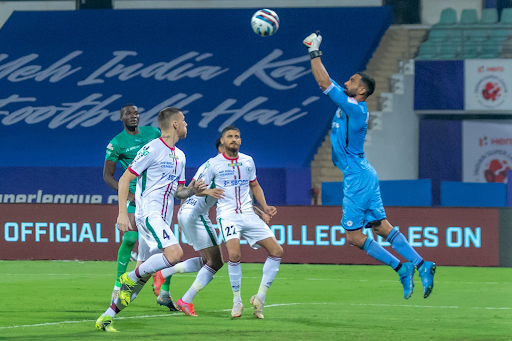 This will be a vital game for both sides

ATK Mohun Bagan will take on Bengaluru in the rescheduled ‘Match 61’ of the 2021-22 Indian Super League season at the Fatorda Stadium on Sunday. The Mariners must win this match to keep their hopes of winning the league winners’ shield alive, whilst the Blues must win this game to remain in contention for a place in the semi-finals.

ATK Mohun Bagan has had a mixed campaign so far. They had a shaky start under the erstwhile head coach Antonio Lopez Habas, but Juan Ferrando managed to get a tune out of the players. After a fantastic run, last season’s runners-up are again going through a challenging phase. They are occupying third place in the standings with 31 points to their name from 17 matches.

On the other hand, Bengaluru has had a stop-start season from the beginning, never finding consistency but doing just about enough to keep them in the reckoning for the top four. Having accumulated 26 matches from 18 matches, they are placed in the sixth position.

After a brilliant run of eleven unbeaten games, ATK Mohun Bagan has looked unconvincing in their last couple of matches, from which they have picked up two points. Ferrando’s men had to settle for a 1-1 stalemate against a struggling Odisha side in their previous fixture.

Before taking on the Kalinga Warriors, the Mariners played out a 2-2 draw against Kerala Blasters. However, the Kolkata giants secured a 2-0 win over Goa before these two draws.

Bengaluru has not been convincing in their recent run of fixtures, as they have gathered three points from their last three outings. In their last match, Marco Pezzaiouli’s men won 2-1 in a hard-fought battle against Odisha.

It was an extremely important victory since the Blues had suffered two consecutive defeats before taking on Kino Garcia’s team. Both NorthEast United and Hyderabad handed them 2-1 losses.

ATK Mohun Bagan holds a clear upper hand when it comes to head-to-head records. They have won two of three meetings against Bengaluru, whereas the other game ended in a stalemate.

That stalemate was played out earlier this season, where both sides shared spoils in a 3-3 thriller. Subhashish Bose, Hugo Boumous, and Roy Krishna were on target for the Mariners, whilst Cleiton Silva, Danish Farooq, and Prince Ibara were on the scoresheet for the Blues. 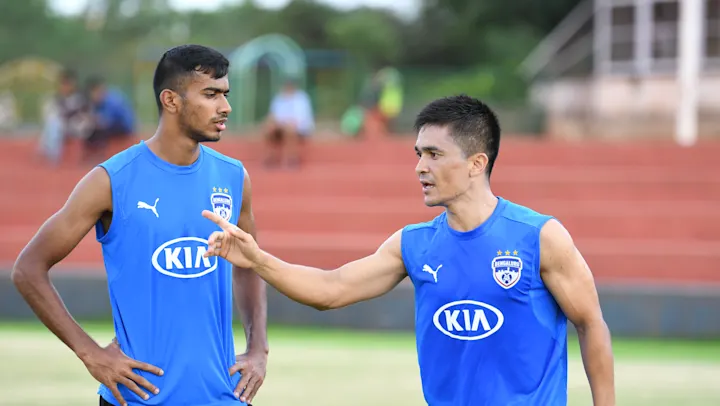 Ferrando is expected to make two changes to his team that drew 1-1 against Odisha. Sandesh Jhingan had a poor outing at the heart of the defense and in his place, skipper Pritam Kotal can pair up with Tiri, with Ashutosh Mehta filling up the right-back slot.

Besides Jhingan, another experienced campaigner in Lenny Rodrigues was also unimpressive against the Kalinga Warriors. He might have to make way for Deepak Tangri, who looked slightly better after coming on as a substitute in the last match.

Pezzaiouli can make three tweaks to his starting XI that won 2-1 against Odisha, one of them being a forced change. Danish needs to serve a one-game suspension after picking up seven yellow cards and could be replaced by Iranian midfielder Iman Basafa.

However, the German tactician will then need to balance overseas count by sacrificing Ibara for Sunil Chhetri. Besides that, Ashique Kuruniyan has recovered from his injury and could slot in as a left-back, with Roshan Naorem taking up Namgyal Bhutita’s place as a right-back.

While both teams have been a tad inconsistent this season, ATK Mohun Bagan always tends to get their act together when they face Bengaluru. Hence, we have predicted a 2-1 scoreline in the Mariners’ favor.