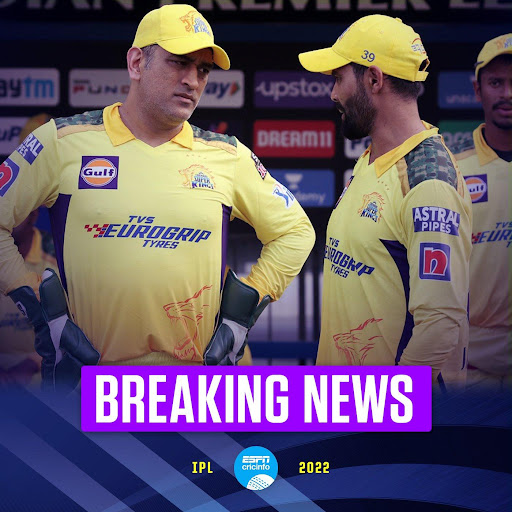 Former Chennai Super Kings (CSK) star said that he feels sorry for Ravindra Jadeja and he may “feel publicly shamed” after stepping down as a captain so that MS Dhoni can take the role again.

Chennai Super Kings (CSK) is currently at the ninth spot on the points table in the Indian Premier League (IPL) 2022 with just six points in their account.

Although, the side is not famous for changing this season has been proved to be somewhat different as they opted to change the leadership roles.

Before the start of IPL 2022, MS Dhoni had passed the role of captaincy to Ravindra Jadeja. However, after eight games into the season, the all-rounder could not take things in the right direction and Dhoni had to take the role back for better interest.

Jadeja’s performance both with the ball and bat had suffered in the captaincy which even Dhoni accepted that it affected the all-rounder’s game.

Former Chennai Super Kings (CSK) star Shane Watson said that he feels sorry for Ravindra Jadeja and he may “feel publicly shamed” after stepping down as a captain so that MS Dhoni can take the role again.

“When I heard initially that Jadeja was going to take over, I was blown away because everyone knows that when MS is on the field, just the control, and respect and the aura he has around him as a leader, it was going to be difficult for Jadeja no matter what. I was surprised, if MS did not play in a game, got injured, or rested for a game, then absolutely I thought it was a great chance for Jadeja to take over and do a couple of games here and there. To sort of being captain, take over when MS is going to be on the field, was always going to be very difficult for Jadeja,”

“In the end, I do feel a little bit of sorry for Jadeja because he is a great guy, an incredibly skilled cricketer who is just getting better. In the end, to see them sort of publicly put themselves in that position, I feel a bit of sorry for him because he did not have to get to that stage but in the end, it is the right call for MS to take over. It is a really big call to step down as captain when there is a bit of pressure on you, you feel that you are publicly shamed in a way, I did when I stepped down as captain of Rajasthan Royals. For Jadeja to be able to do that, shows a lot of character about himself. Huge kudos to him,”

So far in this season, Jadeja has scored only 116 runs in the 10 games and picked up only five wickets into his account.

CSK last suffered a defeat against RCB by 13 runs and will next lock horns with DC on Sunday.