Windies pride on the line

Bangladesh has staged an iconic comeback on the Caribbean soil after ensuring the ODI series triumph in the previous game. West Indies will play their hearts out in the final fixture of this tour to stop visitors from marching towards the clean-sweep. The dead-rubber encounter between two top white-ball sides will take place at the ODI series’ solitary venue, Providence Stadium of Guyana on the 16th of July 2022.

Bangladesh has a golden opportunity to replicate its prowess of whitewashing the Caribbean side in the year 2021. It was a memorable campaign for the Bangla captain Tamim Iqbal, in his first series as a full-time captain of the Green and Reds. Pooran was handed over a reality check by their counterparts and it will force him to make certain changes to their approach in the 50-over format.

West Indies fielded the same batting lineup in the first two games and they failed on both occasions hence we may get to see Keacy Carty plying his trade in the middle order in the final game. The inclusion of Alzarri Joseph and Keemo Paul brought a little positivity for the Men in Maroon as they are likely to continue in the final fixture too. Especially the 24-year-old Guyanese all-rounder Keemo Paul who came out to bat on Number 8 and remained the highest scorer scoring unbeaten 25 runs from 24 balls.

Tamim Iqbal named only a single change into the Playing Eleven for Second ODI as Mosaddek Hossain was included in place of Taskin Ahmed. We may expect more changes into the Bangladeshi Eleven for the third game to test the bench strength in the dead-rubber fixture. The Bangladesh team management changed the opening pair replacing Liton Das with Najmul Hossain Shanto in the previous game and it worked out well as the duo had a partnership of 48 for the opening wicket.

Bangladesh may climb up to the pole position of the 2023 ICC Cricket World Cup’s Super League standings whenever ICC issues an update on the current rankings. The Bangla Tigers have been tenanted in the Caribbean islands for a month and finally started showing their true colours in the final chapter of the series. Their bowling attack has been the highlight of the series, having enforced all-out inside 35 overs in both fixtures while the batting unit is yet to be tested hard.

On the other hand, the Windies’ side is expected to fall one position down due to their failures and India’s recent success in England at the same time. The Windies’ bowling unit was left powerless in both games as the total given by their batting unit was too short to be defendable. This outcome marks West Indies’ third home series defeat in the 2020–2023 ICC Cricket World Cup Super League cycle after their previous failures against Australia and Ireland.

After their previous two victories, Bangladesh has come very close to the Men in Maroon in the head-to-head record. The overall record still slightly favours the Caribbean side by 21-20 but the Bangladesh Tigers are also not far behind them. If the Green and Reds are able to win the final match too then they will equal the number of wins record of their counterparts in this rivalry of two white-ball giants. 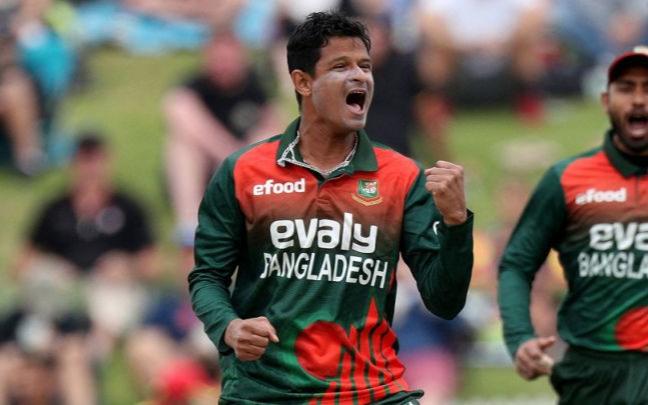 Nasum Ahmed is on the rise!

In their previous face-off, Bangladesh registered an emphatic victory over the hosts to cease the ODI campaign by 2-0 having one game left in the series. While batting first, Bangladesh got all out on the minimal score of 108 as the 27-year-old left-arm spinner Nasum Ahmed registered iconic figures of 3 for 19 in 10 overs. The Bangla batters stepped out with great intent to chase it down in just 20.4 overs and the skipper Tamim Iqbal starred with an unbeaten fifty-run stand in the successful chase.

Nicholas Pooran: West Indies batters’ failure in home conditions has been one of the main reasons behind their collapse in the 50-over format. Hence it’s all up to the Caribbean skipper who needs to step up and take the scoring responsibilities if the Maroon Army wants to keep their pride in the final fixture. Pooran got out in the first fixture of the ODI series on the individual score of 18 off 24 balls while in the final game, he was dismissed on the Golden Duck by Nasum Ahmed. 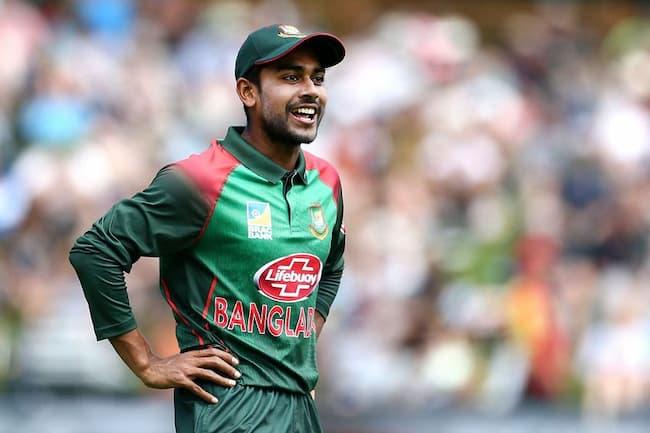 The baby-face assassin striking up big for Bangladesh

Mehidy Hasan: The bowling all-rounder has been the ace wicket-taker for captain Tamim Iqbal in this series. Hasan’s performance of three wickets while giving away just 36 runs in 9 overs played a pivotal role in their victory and also earned him Man of the Match honour. The 24-year-old then went on to fetch four wickets in the second ODI to top the wicket-taking charts of this series with seven wickets under his name.

Even though the current form and momentum are heavily in favour of the Bangla side, the hosts still can’t be ruled out from the winning equation. They will be playing for their pride in the final bout and will leave no stone unturned to get away from the whitewash scare. Bangladesh is the favourite to win this encounter and stands with pretty high chances to march towards the clean-sweep.