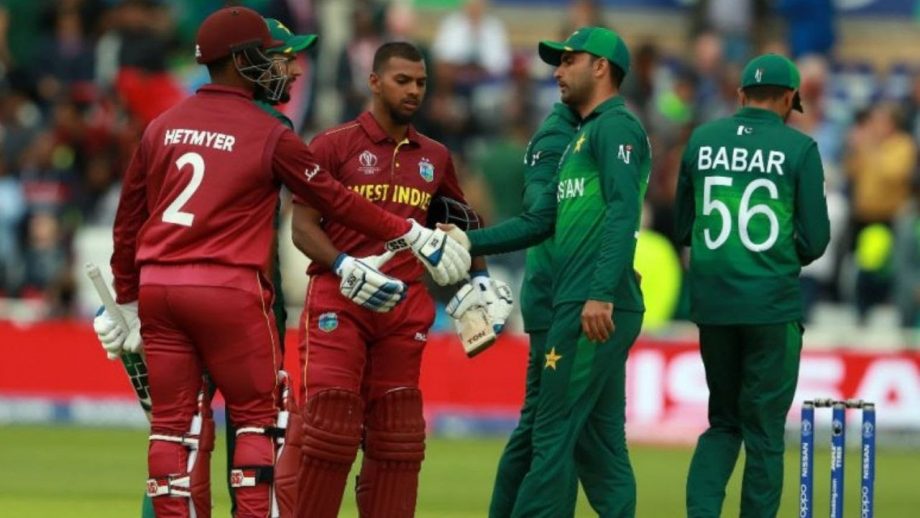 Cricket West Indies have announced a revised schedule against Pakistan on Sunday. The five-match T20I series has been reduced to four along with two Tests, starting from July 28, Wednesday.

Cricket West Indies (CWI) and Pakistan Cricket Board (PCB) announced that they have rescheduled the upcoming T20 series between Pakistan and West Indies.

The number of matches has been reduced from five to four due to the ongoing One day International (ODI) series between West Indies and Australia, which ends on July 26.

West Indies is in good touch and recently won the series by 4-1 against Australia in the recent T20 matches at the Darren Sammy Cricket ground.

The series between Pakistan and West Indies will be very helpful for both teams for the preparation for the upcoming ICC T20 World cup.

After their T20I series, both will play the two Test matches series starting from August 12 and then on August 20-24 at Sabina Park in Jamaica.

“Together with the PCB, CWI has examined various scenarios, and we jointly agreed that the best solution in the present circumstances is to cancel the first T20I and play a four-match T20I series starting on Wednesday and keep the rest of the tour schedule unchanged. We want to express our gratitude to the PCB Chairman, Ehsan Mani, and CEO, Wasim Khan, and the Pakistan team for their understanding of this situation and for agreeing to the revised match schedule. Both teams are in the final stages of preparing for the ICC T20 World Cup, so we anticipate an exciting and entertaining series of games as both teams compete for the T20 Cup,”