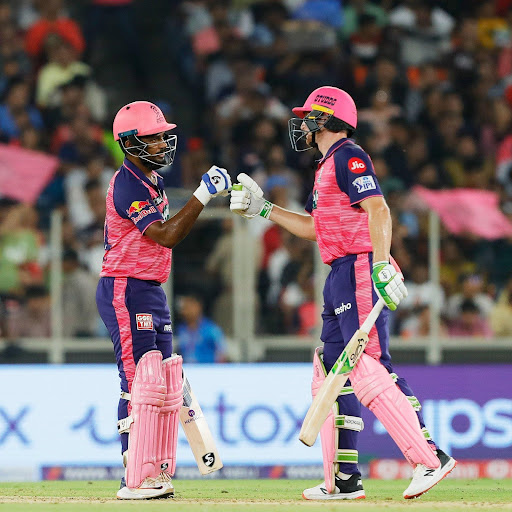 Rajasthan Royals skipper Sanju Samson revealed (after beating RCB in the eliminator 2 to make it into the finals) that the whole tournament was about Shane Warne and how the whole team wants to win the IPL 2022 title for the late Australian legendary spinner.

Rajasthan Royals skipper Sanju Samson revealed (after beating RCB in the eliminator 2 to make it into the finals) that the whole tournament was about Shane Warne and how the whole team wants to win the IPL 2022 title for the late Australian legendary spinner.

is the tagline that Rajasthan Royals have been using for the entire IPL season to pay tribute to the late Australian spinner, Shane Warne.

The Australian spinner had passed away in March this year in Thailand after a suspected heart attack. Warne had led RR to glory in the inaugural season of IPL in 2008 and for the first time since then, the Rajasthan-based franchise has made it into the final and will be squaring off against Gujarat Titans in their final clash on Sunday.

RR got the better of RCB on Friday in the qualifier 2 to reserve their spot in the final against Gujarat Titans at Narendra Modi Stadium in Ahmedabad.

After winning on Friday, both Jos Buttler and the skipper Sanju Samson spoke that how eagerly the franchise wants to win the title for Shane Warne.

In a video posted on the IPL website, Buttler spoke to Samson, saying:

“How do you feel, obviously incredibly sad this year. One of the first Royals Shane Warne is not going to be here, but his legacy lives on in the Royals, doesn’t it?”

“Absolutely, I think the tournament right from the start has been for him. I think we need to take one more step for him, I think it is really special. I do not want to talk much about it, but we are just one step closer. Want to do something special for him.”

Jos Buttler had smashed a century against RCB to get RR across the line by seven wickets and 11 balls to spare in the qualifier 2 on Friday.

When asked about his unique animated celebration after smashing his fourth ton of the season, Buttler said:

“I was excited today to come in play in this stadium with 100,000 people in the stadium. The atmosphere was amazing, I just think having had two years of playing in empty stadiums, this is what IPL is all about, I felt a lot of excitement, I could not control it.”