The biggest Test series of 2020 is here 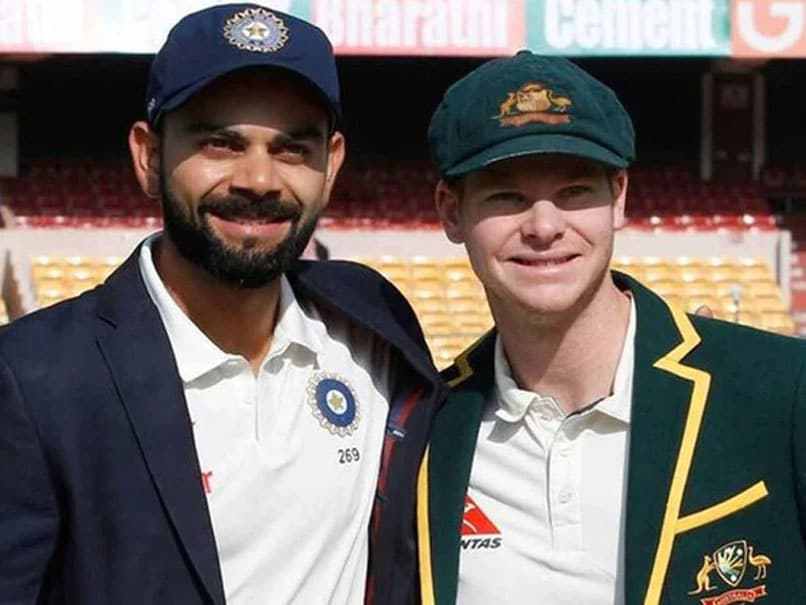 In a year full of disappointments, cancellations, adjustments and realigning of plans and schedules, it is no less than a blessing for cricket fans to see two of the biggest teams in the world locking horns across formats and playing intense cricket. While Australia won the ODI series 2-1, India returned the favour in the series of the shortest format with a similar margin to level up with the hosts.

But now the two teams are set to take on each other in what we all know is the purest form of cricket. The start of the series cannot be any more grand and challenging at the same time, since it is the first time ever that India and Australia are playing Test cricket under lights and with the pink ball, which has its own characteristics, challenges and fun for those playing as well as watching.

India have had a rather tough time as far as results are concerned while playing in Australia even though their supporters and fans believe that this is the best team to beat Australia in their backyard. At Adelaide Oval, the two teams have played 12 Test matches while India have won only 2—both the wins coming in this century (2003 and 2018). Australia have won 7 matches at this venue while 3 have been drawn.

As far as pink ball cricket is concerned under lights, the Indian cricket team will find itself short of experience for sure as they have played only one such Test which was against Bangladesh at the Eden Gardens in Kolkata last year. On the other hand, out of the 14 over all day-night Test matches played in the history of cricket, Australia have been part of 7 and have ended each one of them on the winning side.

Nevertheless, it will be a challenge for Virat Kohli and company to come good against Australia’s battery of fast bowlers which consists of left-arm pacer Mitchell Starc, right-arm fast bowler Pat Cummins and the lanky as well as measly seamer in Josh Hazlewood. But what does make Australia’s bowling line-up differentiate from the others, and stand out, is the presence of off-spinner Nathan Lyon who has had tremendous success on what was once his workplace (Adelaide Oval) when he was a groundsman.

But India look far more settled and balanced as far as the batting line-up is concerned even though they have decided to go ahead with the pair of Mayank Agarwal and Prithvi Shaw. The selection of Shaw over the likes of Shubman Gill and KL Rahul has been a bone of contention for both experts as well as fans but the Indian management has clearly shown acumen to trust on numbers and performance along with experience which Shaw has had with the Indian cricket team.

The presence of senior batting prowess in Ajinkya Rahane, Cheteshwar Pujara as well as the immensely talented Hanuma Vihari Indian batting line-up are comfortable situations then what Australia find themselves right now in. Wriddhiman Saha may have been a controversial selection ahead of Rishabh Pant, who played the entire India’s tour of Australia last time around, but it clearly shows that the team management is in need of a proper wicketkeeper as far as playing a pink ball cricket match is concerned.

It will be daft to see the promotion of Matthew Wade as an opener lightly. The senior wicketkeeper-batsman in the final two T20Is displayed the richness of his talent when he led Australia from the front with two scintillating half-centuries and helping them win the final game of the series. Wade has had a memorable run without actually donning the wicketkeeping gloves with the national team and his role as a strong, aggressive batsmen lower down the order provides them with a lot of firepower.

The series, anyway, will be a battle between the two best bowling attacks in Test cricket right now. While Australia’s battery of fast bowlers can win matches on a consistent basis, the pair of Jasprit Bumrah Mohammed Shami make the Indian fast bowling attack look impeccable and extremely destructive on their days.

While Australia will feel comfortable going deeper into the series which coincides with the exit of Virat Kohli, the Indian team will feel the burden of earning more points in the ICC World Test Championship as the parameters have now changed and they do not have the comfortable cushion of many points which they recorded when the competition began.

But the series may not yet give the thrill of that India-Australia contest which we go to witness in the 2014-15 series in Australia, or in the 2016-17 series in India when both Kohli and Smith—among the best batsmen of this generation—locked horns and tried to lead their side from the front. Both those series were remarkable in their own sense and the flavour of such high levels of batsmanship was somewhat missing in the 2018-19 affair when Smith was on the sidelines serving a one-year ban along with his partner David Warner.