Sri Lanka vs Bangladesh: Top 3 players to watch out from Lanka’s side 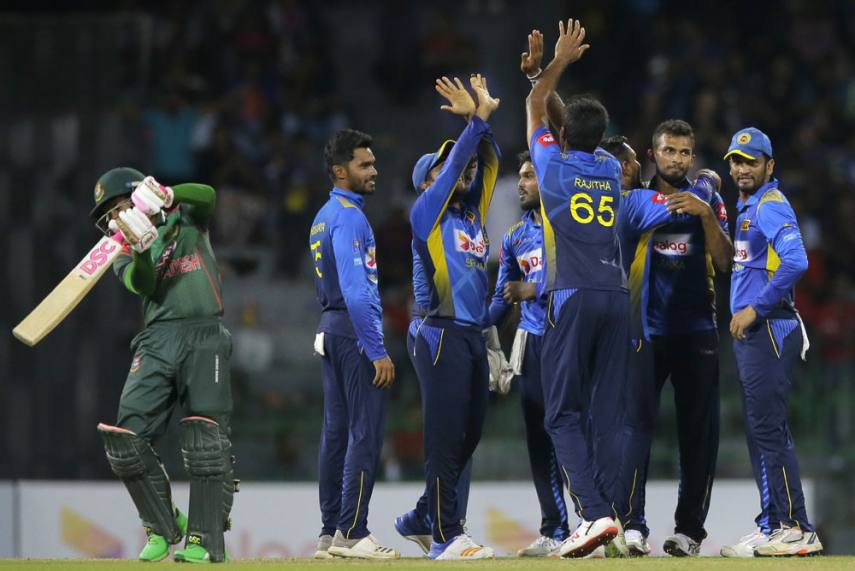 Sri Lankan Cricket Board made some tough decisions for the betterment of the team & has bought some young guns to handle the upcoming Sri Lanka Vs Bangladesh ODI series. The new Lankan team looks a blend of experience & fresh blood which is perfect for them to thrash the opposition. The new-look squad’s first assignment will be a three-match series against Bangladesh on May 23, 25 and 28 away.

Since there are some changes in Sri Lanka’s team, let’s have a look at the top three players to look forward to from Sri Lanka’s side.

Isuru Udana is probably one of the best bowling all-rounders that the country has produced. He has proved his worth in the shortest format of the game but needs to do better in ODI cricket. In 18 one day internationals he has 16 wickets and 190 runs under his belt.

Sri Lanka have already started reaping some dividends from young Kusal Mendis. Kusal is a naturally aggressive batsman, Mendis has a pleasing range of strokes and the maturity to go with it. He was a shining light in an otherwise damp Sri Lankan performance in the 2017 edition of the Champions Trophy. Mendis has an average above 30 in ODIs and has scored 2167 runs in 76 games.

Kusal Janith Perera has been named as the new captain replacing Dimuth Karunaratne. All eyes will be on Kusal in this ODI series. The wicket-keeper batsman has played 101 ODIs in which he scored 2825 runs at an average of 30.71. Kusal has smashed five ODI hundreds and 15 fifties.