As the race for the playoffs gets intense, the Royal Challengers Bangalore (RCB) are ready to face the Gujarat Titans (GT) in Match 67 of the 2022 Indian Premier League season at the Wankhede Stadium in Mumbai on Thursday, May 19th.

The Royal Challengers Bangalore have been reduced to a very desperate situation right now especially due to their last loss against Punjab Kings and they need to win this game to qualify for the knockouts. On the other hand, the Gujarat Titans will want to go into the playoffs with winning momentum.

Royal Challengers Bangalore have found themselves in a ‘do or die’ situation after losing their last game. They have 14 points to their name with seven victories and need to win the game by a big margin and also hope other results go in their favor.

RCB played their last match against Punjab Kings and lost the game by fifty-four runs. Despite Harshal Patel’s four-wicket haul and Wanindu Hasaranga’s two for 15, Punjab Kings posted 209 in their allotted 20 overs. In reply, Royal Challengers Bangalore could muster just 155 despite Glenn Maxwell’s 35 off 22 balls

Gujarat Titans, on the other hand, sit at the top of the table having secured their playoff as well as top two spots. They have bagged 20 points from 13 matches with 10 wins. The Titans defeated Chennai Super Kings in their previous Indian Premier League encounter.

Courtesy of Mohammed Shami’s two for 19 and Alzarri Joseph’s one for 15, Gujarat restricted Chennai to 133 in 20 overs. The Giants riding on Wriddhiman Saha’s unbeaten 67, chased down the target in the final over to guarantee their place for Qualifier 1. The last time when the two sides met each other, Rahul Tewatia and David Miller single-handedly helped the Titans to win the game against the Royal Challengers. 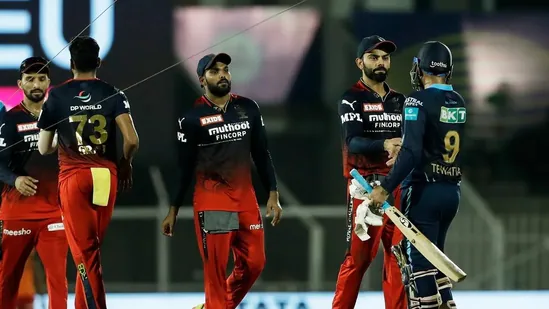 Gujarat won the previous encounter between the two sides

This will be the second fixture played between Bangalore and Gujarat in the Indian Premier League. In their only previous encounter, the Ahmedabad based side registered an emphatic win over the Royal Challengers winning the game by six wickets. Indian speedster Rahul Tewatia and David Miller were stars of that game after scoring unbeaten 43 and 39 respectively to hand the Bangalore based side their fifth loss of the season.

Wanindu Hasaranga (Royal Challengers Bangalore): Wanindu Hasaranga has turned out to be a brilliant investment for RCB since not many batters have been able to decipher the Sri Lankan mystery spinner this season. He has picked up 23 wickets in 13 games, maintaining an impressive average of 14.7. 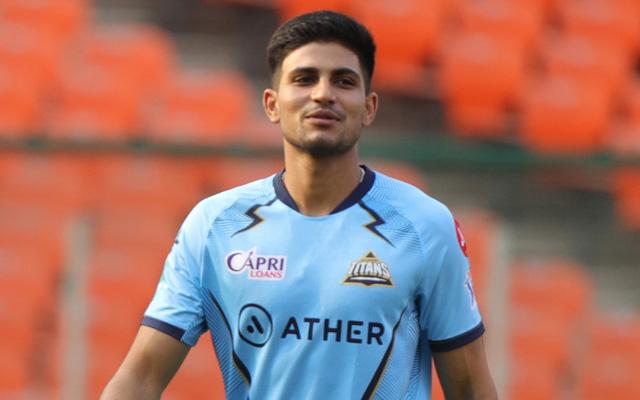 Gill is the leading scorer for Gujarat this term

Shubman Gill (Gujarat Titans): Shubman Gill has delivered some crucial performances at the top for the Gujarat Titans this year. He has done incredibly well to transform his game from being a slow-paced to a fast-paced aggressor.

He is currently Gujarat’s leading run-getter of the tournament scoring 402 runs in 13 games. With four fifties already in his kitty, the opener is slowly showing the world why he is called one of the talented players in the upcoming lot for Team India. Although sometimes he is slow-paced, his knack for scoring runs at crucial junctures certainly makes him the player to watch out for in his team.

Hardik Pandya’s side could afford to try new things having accrued such an incredible record so far which sees them sitting top of the table. This game won’t be easy for them, however, with Bangalore desperately needing a win to make it to the playoffs.

However, the class of this Gujarat Titans team from an all-round perspective should see them register an easy win against the Royal Challengers here.