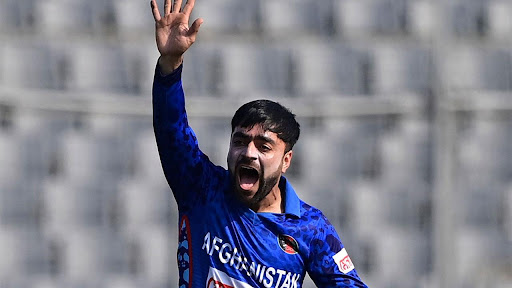 Rashid recalled that he had a great time with Warne

Cricket has suffered the huge loss of the Australia legend spinner Shane Warne and everyone is dealing with the heartbreak in their way while Rashid talks about he always wanted to have Warne as a Head coach but didn’t get the opportunity.

Cricket has suffered the huge loss of the Australia legendary spinner Shane Warne and everyone is dealing with the heartbreak in their way. Afghanistan star spinner Rashid Khan has always been open on how he has looked up to Warne as an idol.

Rashid, who will be playing for the IPL franchise Gujrat Titans in the upcoming Indian Premier League (IPL) edition, on Tuesday, recalled a 15-minute training session with Warne in 2019 during a Test match between Australia and New Zealand at the Melbourne Cricket Ground.

“Shane Warne’s demise is a huge loss for the cricketing world. It was a huge shock. I had a great time with him, it was huge for me that he called me to the MCG to have a 15-minute session with him during the lunch break of the Australia-New Zealand Test. I was lucky to share the session with him and I learned so much from him. We had discussions on how I will be more effective in the longest format. He happily shared his own experiences with me, he discussed the key points me and how mindset is important,”

said Rashid during a media interaction on Tuesday.

“The only thing he told me is that I do not need to change anything. He just told me to be consistent. He told me that sometimes I will get wickets and sometimes you would not get it for 30-40 overs but that will be the time when I will be tested mentally and physically,”

Rashid also talks about he always wanted to have Warne as Head coach in his career but he did not get the opportunity.

“I was looking forward to having him as a head coach and spending some time with him. It was my dream, it is a huge loss and everyone will miss him.”

Warne was considered one of the best bowlers in his era, and he was the second-highest wicket-taker in the history of test cricket, behind Muttiah Muralitharan, with 708 wickets to his name.

He had played 194 One Day Internationals for Australia in which he took 293 wickets. He has scored 3154 runs in his Test career and 1018 runs in the 50-over format.

He took a total of 1001 wickets and was the first bowler who achieved this feat.

Rashid, meanwhile, was one of three players to be picked up by Gujrat Titans ahead of the mega auction. The other two players were Hardik Pandya and Shubman Gill.

The IPL edition 2022 will kick off on March 26 and the first game of the tournament will be played between Chennai Super Kings and Kolkata Knight Riders at the Wankhede stadium. The Gujrat Titans will play their opening game against Lucknow Super Giants on March 28.