The battle no. 58 of the Indian Premier League Season 15 will be played between two familiar foes, the inaugural champions Rajasthan Royals and the Delhi Capitals side led by Rishabh Pant. Where Sanju Samson’s Jaipur-based franchise will be gracing the exotic venue of Dr DY Patil Sports Academy on 11th May with an ultimate aim to take a step closer to the playoffs qualification.

Both sides are led by the two aggressive wicket-keeper batters who were teammates at the Capital based franchise for the 2016 and 2017 IPL editions. Pant emerged as Delhi’s top gun after Sanju was bought back by Rajasthan in the 2018 mega auction. The 27-year-old Rajasthan skipper fell in love with Cricket while growing up in the national capital but moved to his homeland Kerala soon after getting rejected by the Delhi U13 side.

The young opener Yashasvi Jaiswal made a grand comeback into the RR playing eleven by playing his IPL career’s highest inning after sitting on the bench for more than a month. The arrival of the 20-year-old has stabilized the Royals batting unit and also strengthens it. It seems like skipper Samson and the gaffer Kumar Sangakkara has finally found a perfect batting combination and looks all set for the playoffs round.

Prithvi Shaw had to be admitted to the hospital after suffering from a high fever and also missed the last two Delhi fixtures. He was replaced by Mandeep Singh and Srikar Bharat in the playing eleven although both domestic giants failed to make a mark in the opening slot. The Capitals already suffered the Covid fiasco a couple of weeks back and now the unavailability of their prominent Indian batter has diminished their chances to finish inside the Top 4.

The Royals from the imperial land of Rajasthan state are determined to make it to the playoff stages of IPL after finishing in the bottom two for the last three seasons. They hammered Punjab Kings in their previous fixture with the help of Yashasvi Jaiswal’s fifty and quickfire innings of an unbeaten 31 run in 16 balls by Shimron Hetmyer. Jaiswal won his maiden Player of the Match award of his IPL career and laid down the foundation to chase down the humongous total of 190 with ease. 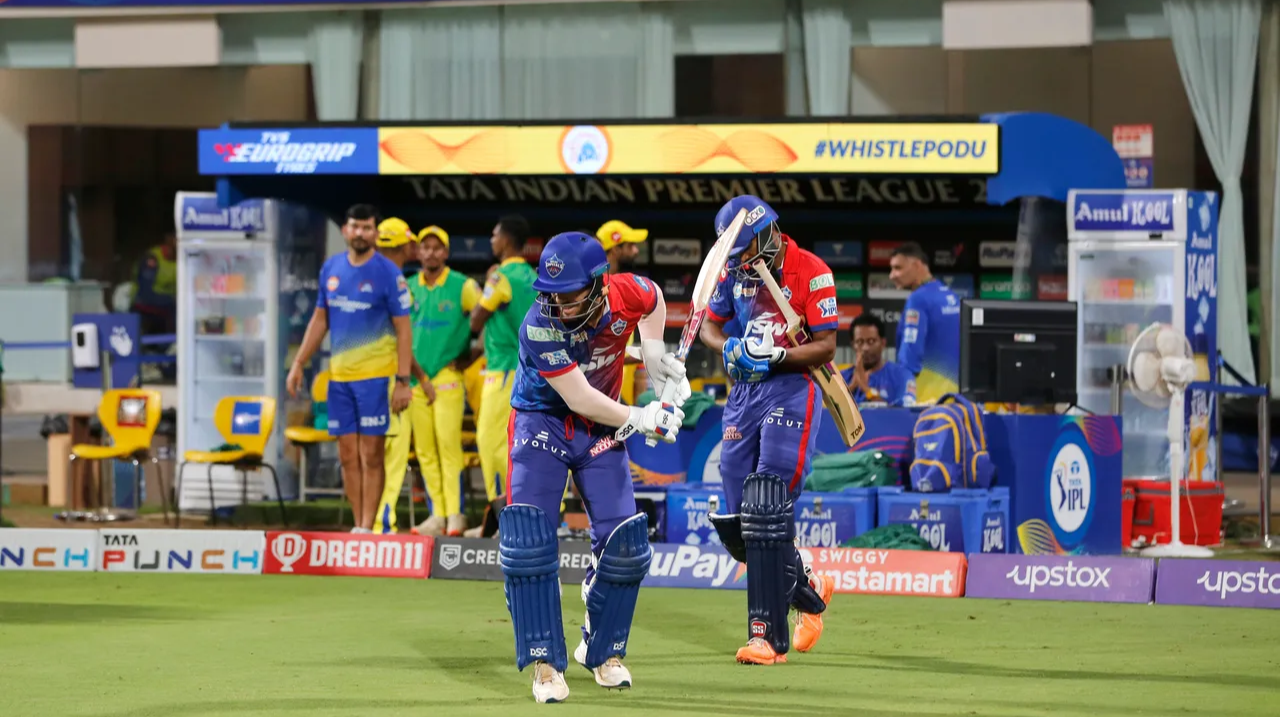 The Delhi Capitals side went through a transition phase this season but struggled to replicate the previous success under the new system approached by the same coach Ricky Ponting. Although the table-toppers of the previous edition touched great heights but failed to remain consistent with it. Along with Delhi, Chennai and Punjab are those three franchises that are yet to register consecutive victories this season.

The ‘head to head’ count of this battle is slightly in the favour of inaugural IPL champions by 13-12. It was equal before the commencement of the 2022 edition but the triumph of Rajasthan earlier this season brought them to the leading position. The two combatants also faced each other in the first semifinal clash of the inaugural season where the eventual champions Royals led by the late Shane Warne thrashed Delhi by 105 runs.

Earlier this season when Delhi faced Rajasthan at Wankhede Stadium, the encounter made headlines due to the actions of skipper Rishabh and batting coach Pravin Amre on a controversial decision of umpires to not refer third-umpire for the no-ball check. In the first innings, Rajasthan opener put a 155-run stand consisting of Buttler’s third century of the season while Padikkal also scored his maiden fifty in the Rajasthan colours. While chasing the mammoth target of 223, Delhi came very close due to the late heroics of Rovman Powell but fell short of 15 runs to orchestrate an epic finish. 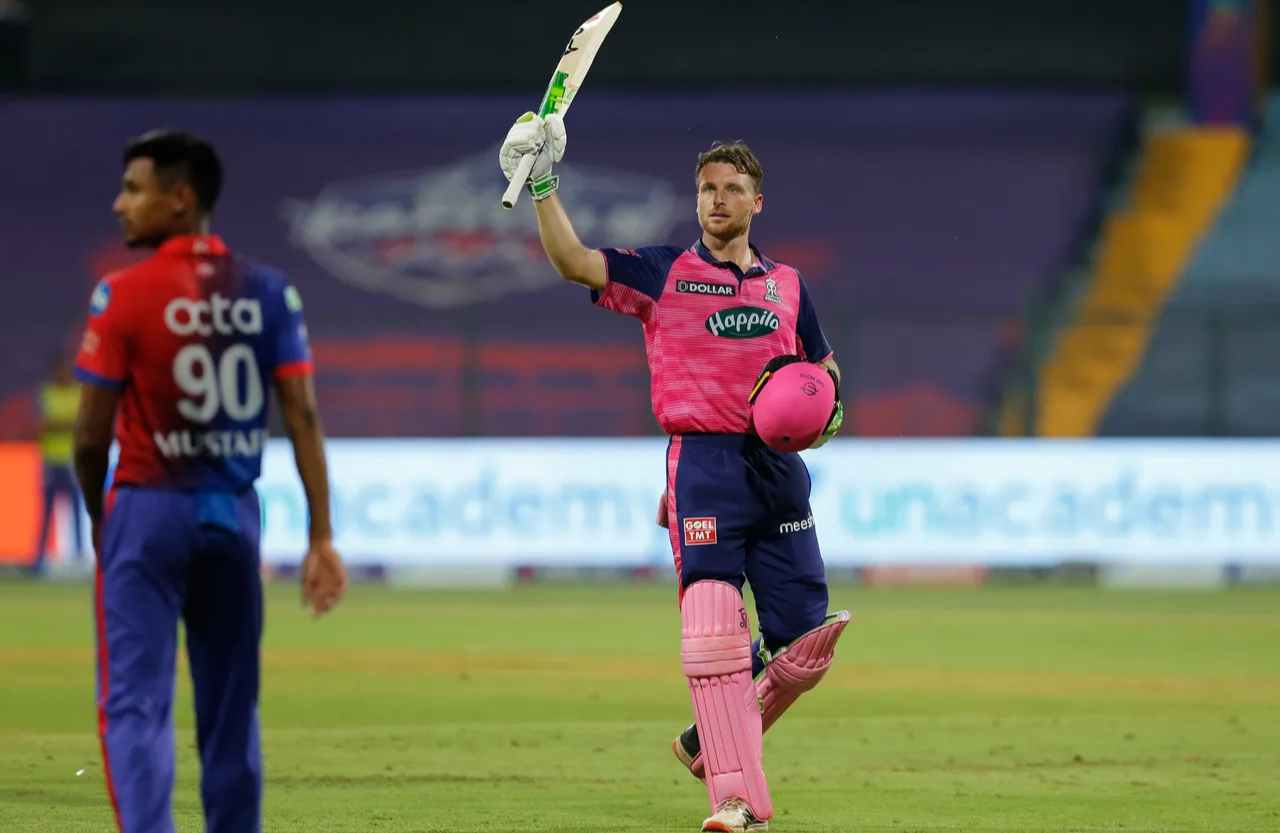 Jos Buttler: The destructive English wicket-keeper batter is just another hundred away from equaling the record of Virat Kohli of scoring most centuries in an IPL season. Although since then, his run-scoring graph has decreased as the Englishman set the bar so high that even 127 runs from the last four innings look ordinary according to his standards. The current Orange Cap holder can join the elite club of Virat Kohli (against Gujarat Lions in 2016) and KL Rahul (against Mumbai Indians in 2022) if he smashes another ton against Delhi in the forthcoming face-off.

Rovman Powell: The lower middle-order of the Capital based franchise revolves around the form of this Caribbean explosive batter. During the last face-off, Delhi needed 36 runs from the last over of Obed McCoy when Powell took the charge and smashed three back-to-back sixes in the first three deliveries. It gave an immense hope to the Capitals camp which was despaired at the start of the final over although unfortunately he couldn’t replicate the same in the remaining three balls but earned his breakthrough in the World’s toughest T20 league.

Whether it’s the current form or team strength or head-to-head record, all the aspects are highly in favour of the Pink Royals who will be stepping out as the favourites. During their last game, CSK overpowered the Delhi side in every department but the Capitals are known for making comebacks outta nowhere and their fans also must be hoping for the same.