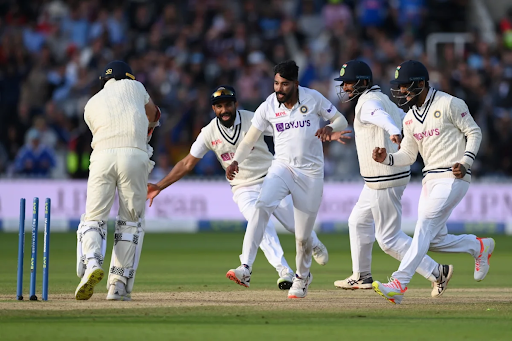 India head into the third cricket Test match of the five-match series against England to be played at Headingley in Leeds on Thursday, looking to dominate the home team as they have done so far. India won the second Rest at Lord’s by a huge margin of 151 runs after coming close to victory in the opening match at Trent Bridge.

While the Indian team is in complete form and will look to dominate right from the start of the contest, it will be the home team which will have a lot to prove. England have made a few changes to their batting line-up by dropping the struggling opening batsman Dom Sibley and bringing in T20 specialist Dawid Malan in his place.

England have been entirely dependent on their captain Joe Root in order to get the runs, who has done excellently so far in the series. Root has scored 386 runs in two matches, striking two centuries and a half-century to keep India working extremely hard to get his wicket.

The home team will also be without the services of their star fast bowler Mark Wood, who suffered a shoulder injury during the second Test in London and has been ruled out of the third Test match at least. The right arm fast bowler has joined a huge list of England players who are not available for the series which includes vice-captain Ben Stokes and fast bowlers Jofra Archer, Chris Woakes, Olly Stone and Stuart Broad.

In all likelihood, Haseeb Hameed will be the next opening batsmen to partner with Rory Burns while Malan will occupy the number three slot. Root once again will be expected to score the majority of runs for England since he is in a rich form and more likely to put up a strong fight against an incredible Indian bowling attack.

India will hope to continue with their good form but their batting has yet to come good on this tour. It was the opening pair which provided strong starts so far with the bat while the pair of Jasprit Bumrah and Mohammed Shami rescued the team on the final day at Lord’s from a dangerous position by adding 89 runs unbeaten for the ninth wicket, which is now a record.

India will be tempted to play Ravichandran Ashwin but it will be extremely difficult for them to drop any of their fast bowlers given that they were the chief architects of their victory at Lord’s and even their advance towards a favourable as it would result in the opening Test match.

India captain Virat Kohli said that the team is not expecting to make any big changes for the series.

“We have got no reason to change anything unless people have niggles, which we haven’t encountered since we finished the last Test,”

“Obviously you don’t want to disturb or interrupt a winning combination, especially when the team has achieved such an incredible win and [the players] are even more excited to take the field again and do the things that we really enjoyed doing in the last game and to compete and be in those situations again when they can put their hand up and create match-winning performances for the team,”