The visiting skipper is standing on the same page as the home team captain!

The battle between the two supreme counterparts of the T20 format is once again levelled after Pakistan‘s valiant comeback in the fourth chapter of the seven-match bilateral saga. The T20I caravan now moves out from Karachi to the city of Lahore which is widely regarded as the home of Pakistan cricket. The fifth encounter between Pakistan and England will be played at Lahore’s Gaddafi Stadium on Wednesday.

The Karachi leg action is done and dusted as it’s time for the Lahore audience to witness throbbing cricketing action between the two nations who have been battling against each other for the last 75 years.

At this point, both combatants are eager to emerge victorious in the forthcoming encounter and take the leading position to turn the tables around. Hence the game is open for the home side and the visitors as well to showcase bravery and take the crucial edge over their counterparts.

It seems like the Pakistani skipper Babar Azam will be handing Shahnawaz Dahani a long break after his flop in the given chances. He was replaced by the right-arm pacer Mohammad Wasim Jr in the playing XI, who got the danger-man Harry Brook in the previous game. Meanwhile, Asif Ali also should not worry about his place in the team as his cameo performance has made known the importance of his presence in the batting lineup.

The English head coach Matthew Mott has recently provided an update on the availability status of the captain Jos Buttler who is still yet to prove his match fitness. Mott has made it clear that the Three Lions won’t be taking any kind of risk on their most valuable player in the shortest format. We can expect Mark Wood or Luke Wood to come in to take the place of the speedster David Willey who is still wicketless on this tour. 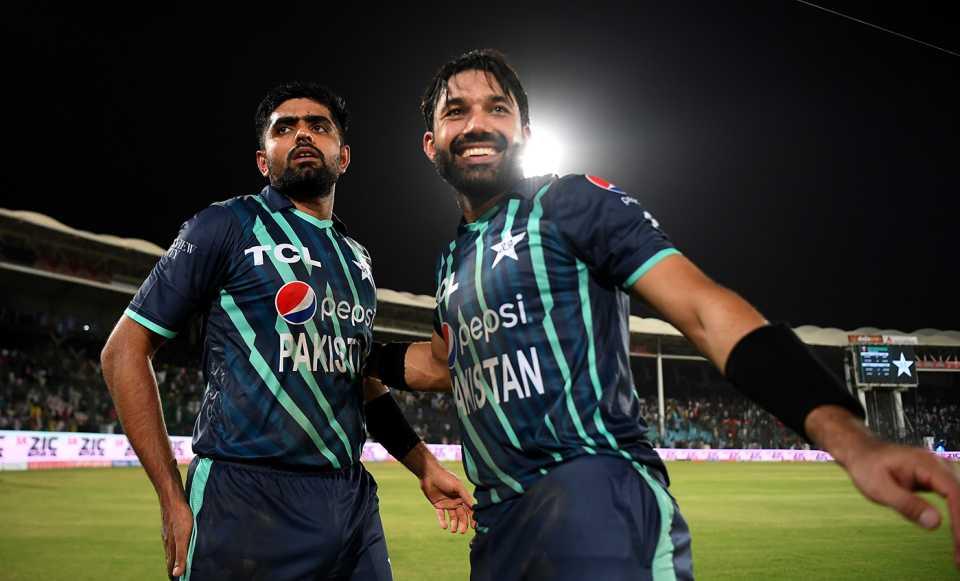 The heart and soul of the Pakistan cricket

Pakistan has performed better as a unit in this series but lacked consistency which has provided a lot of chances for the visitors to stay akin in the series. After losing the opening game of the bilateral saga, the Men in Green staged a solid bounce-back in the following fixture with a 10-wicket victory. The sequence got repeated, and the Shaheens were pushed to the trailing position in the third match just to return in the fourth one and level things again.

The underdog English side has shown a great display in such unfamiliar conditions so far and is standing on the same level as the hosts. Especially, the batting department features a lot of new names which is averaging 186 runs per innings in this bilateral competition.

After the disastrous outing in the second fixture, the bowling unit is on the mission to improvise and make a vital contribution to the historic away tour.

The fourth fixture of the series was a nail-biting encounter which ended in the favour of the home team with a narrow three-run triumph. Pakistan accepted the invitation of the English skipper Moeen Ali to bat first and posted the fighting total of 166 on the board at the loss of just four wickets. The star opener Mohammad Rizwan’s 88-run knock while late fireworks from Asif Ali scoring 13 runs in just three balls including two maximum hits starred for the Men in Green.

The top-order of the Three Lions was off the mark for the first time in this series as the three wickets fell inside the first two overs of the innings on the team scores of just 14. Then the heroics of the Hampshire all-rounder Liam Dawson brought them back to the game with his marvellous innings of 34 runs off 17 balls at a strike rate of 200. However, the incredible efforts of Dawson went in vain as they eventually remained three runs short and got bundled out on the final score of 163.

The number of head-to-head encounters which was 21 before this series has reached the silver jubilee digit of 25. England has added two more in their win account to make it 16 while their winning percentage touches the mark of 60%.

On the other hand, Pakistan also took their head-to-head winning count to eight victories and must be aiming to take to the double-digit mark before this series gets wrapped up.

Mohammad Rizwan: The wicket-keeping opener has been in tremendous form since the Asia Cup where he topped the run-scoring charts with an individual tally of 281 runs from six innings. Rizwan has sustained his purple patch in this bilateral series too after scalping 252 runs from the first four games at an astonishing average of 88.

He has struck the individual milestone of fifty runs on three out of four occasions while his run-scoring contribution (88) in the most recent fixture was 53% of the team total.

Harry Brook: The young English batter is enjoying the breakthrough point of his tiny international career in this 20-over format. The former U-19 World Cup star is currently the highest scorer from the Three Lions camp with 188 runs from four innings and that too at an incredible average of 94. 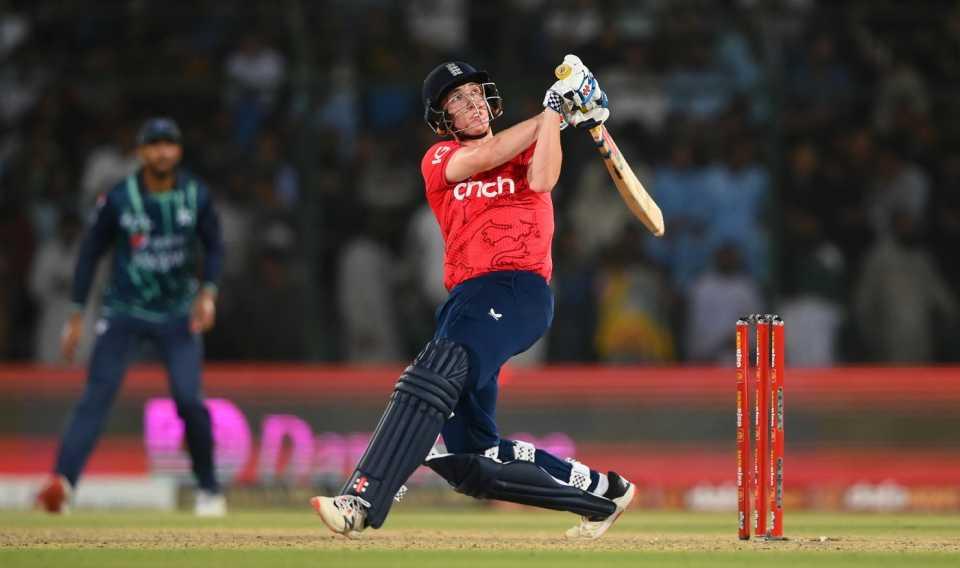 A star in the English camp is born!

The young talisman is making a strong claim for the T20 World Cup squad after showing unreal consistency as he has scored at least 30 runs in each fixture of the series.

As per the pattern of this series till now, England may squash the hosts and take a tiny advantage again. However, it will be quite difficult for them to do it as the Men in Green have turned the beast mode on after defending a total of 166 in the most recent encounter. Pakistan is the favourite to emerge victorious from this contest but the Shaheens also have a task to sort out the middle-order issue before this series gets wrapped up.